This week in tax we have 3 stories

The OECD has announced proposals for a unified approach to changing international tax and addressing the issue of the effect of the digital economy on tax.

These so-called “Pillar One” proposals focus on the allocation of taxing rights (i.e. which country gets to tax profits) in the digital economy.  These proposals together with public submissions will be considered by the 134 countries who are within the OECD’s “Inclusive Framework”  initiative considering the problem of transfer pricing or Base Erosion and Profit Sharing (BEPS).

The first proposal here is to talk about allocating a greater share of taxing rights to the countries where the consumers are located, regardless of a business’ actual presence there. Now this is the key conundrum the tax authorities have been facing in that under the present tax legislation and international agreements, the right to tax profits is dependent on what physical presence the overseas entity has within the country.

And the advent of the digital economy has overturned those old rules and made them increasingly obsolete. And what that has prompted in turn as countries grapple with this is the advent of digital services taxes, which are basically unilateral approaches by many jurisdictions to say, “Well, we are missing out on the tax take here of the digital sales that are happening in our country, but aren’t actually being performed by a business physically located in our country.” And as a result, the OECD is trying to pull together some order in this matter and adopt a unified approach.

So this is quite revolutionary and it’s the first step. There are three parts to the proposals, which are tied in with what’s called global anti-base eroding rules. And one of these is that these global base anti-base eroding rules are intended to ensure minimum levels of effective tax are paid on all income. And so that’s a big step forward too. So, at moment, this is just the first stage, it’s simply proposals that there’ve been issued by the OECD.

And what will happen is that up until 12th of November 2019 submissions can be made on these proposals. There will then be a formal consultation in a public meeting in Paris on the 21st and 22nd of November 2019. And the idea is that once the OEC is trying to get a political agreement amongst the members of the inclusive framework, that’s 134 countries, in January 2020 so that then technical work on the mechanics of the whole operations can start to take place during next year.

It’s a huge step forward. And it would revolutionize international tax and it would also take away the potential for unilateral tax grabs in the form of digital services tax. So this is the great concern about digital services tax and multinationals and tax professionals who work in that space have. They’re rather arbitrary and it could lead to retaliatory measures, which is why the tax community and the likes of multinationals such as Fonterra are encouraging government to proceed carefully on that.

So it’s a case of watch this space, but I’ll keep you updated on matters as they emerge.

What should we do with the surplus?

This week, the government released its financial statements for the year to 30 June 2019 and announced a significant surplus.

The top line number was $7.5 billion, that includes what might be termed accounting adjustments. But once you strip those out it’s still a reasonably sizable $4 billion.

That’s partly down to increase in tax revenue, which was up $6.2 billion or 7.8%. Quite a chunk of that represented an increase in the amount of corporate income tax payable as a result of the introduction of the Inland Revenue’s Simplified Tax and Revenue Technology system as of April 2019. So, what we see as a result will be lots of people saying, “Well let me help you spend that surplus.” And there’ll be calls for more investment in education, in housing, transport and the health sector.

There’ll also be calls for changes to the tax system. These will be called tax cuts, but in reality, these are inflationary adjustments to the thresholds. Who knows what will happen and will all be revealed in next May’s Budget. But there is something in the background, which the government is pushing back on which was also released this week and that was the question of how to pay for superannuation.

Higher tax rates for the wealthy over 65s

The interim retirement commissioner released a report suggesting a higher tax rate for the wealthy over 65s as a means of clawing back some of the cost of superannuation.

This is an idea that Susan St John of Auckland University has been promoting for some time.  It is as I said to Radio New Zealand a sort of means testing without means testing.

But the proposal is based upon the changing demographics of New Zealand and the rise in the cost of superannuation.

We don’t face the same problems as other countries face, but there is no doubt that we will be paying more for superannuation in the future and we will have fewer people to pay for that in the working population. The compensation for that is that [for many] 65 is just an age. And over 65s are still very active in the workforce and that’s where this measure comes into play by saying, “Well, yes, those who are still working, we can sort of claw back the tax through a tax system, the superannuation that they are being paid.”

And the deep theory is that superannuation becomes formally what it is in the reality a universal grant, but depending on how you tweak the tax rates and thresholds, it will be clawed back from those who are earning substantial amounts.

It isn’t anywhere near as complicated as the superannuation surcharge that was applicable in the late 80s and early to mid 90s, which was both deeply unpopular and highly complex. But it will be a politically charged issue inevitably because there will be some losers even though the suggestion is that the people who would be losing out are those earning substantially above the normal average wage and it would not affect most superannuitants.

IRD as Jekyll and Hyde

And finally this week we had Inland Revenue doing it’s Jekyll and Hyde. The first part is Dr. Jekyll when five members of one family were sentenced last week after a multi-year tax evasion investigation.

One was sent to jail for more than two and a half years and three others served home detention sentences. And in total, the five had to pay more than $2.2 million in reparations. These were the owners of 20 Thai takeaway restaurants who basically just accumulated cash and weren’t ringing through all the sales. It’s a fairly simple, possibly more common than we’d like to admit tax evasion. Calling it a scheme would be actually giving it a grandiose term.

But this is something that’s quite common and Inland Revenue wants to clamp down on the cash economy. So that would have my support. It would have the support on almost every tax agent in New Zealand. Simply because we are acting for clients who aren’t playing that game. They are disadvantaged and so commercially, why are they losing out to people who are breaking the law? That’s just simply not how we’d want the system to operate.

On the other hand, Mr. Hyde also popped up, and in this case, not with evil intent, but rather in a more typically ham-fisted approach by Inland Revenue. What it did was again in relation to superannuitants, some of whom have other sources of income including quite a few have overseas pensions.

Now what myself and other tax practitioners have done is said, “Right, well your New Zealand super is subject to PAYE, but instead of having the standard M code we’ll go for a special secondary tax code. Which will then mean that more will be deducted from pay as you earn that way, but it will also smooth the amount of provisional tax and terminal tax payable in respect of the other income.

Inland Revenues in its enthusiasm has issued letters directly to clients, not to the tax agents telling them that these codes are all wrong and they have to reapply for new codes. And that has gone down like a bucket of cold sick to be quite frank amongst tax agents. Because it means that we are having to deal with an issue in the middle of the tax year we didn’t plan on and even if it is technically correct and part of Inland Revenue, it doesn’t actually achieve very much other than cost money and cause a massive amount of disruption for little or no gain.

The solution Inland Revenue is saying is to use the new tailored tax codes, but we would say in response, “Well, effectively these secondary tax codes are the tailored tax codes and if you want to change everything, why can’t it wait until 1st of April next year?” It’s one of those things I think where Inland Revenue is testing what it can do in its new computer system, but what it also shows is that just because you can doesn’t mean you should.

And this is one case where action by Inland Revenue has aggravated the community of tax agents quite needlessly. We were trying to work together on these matters and arbitrary actions like this do not help.

That’s it for the Week in Tax. I’m Terry Baucher and you can find this podcast on my website, www.baucher.tax or wherever you get your podcasts. Please send me your feedback and tell your friends and clients. Until next time, have a great week, ka kite āno! 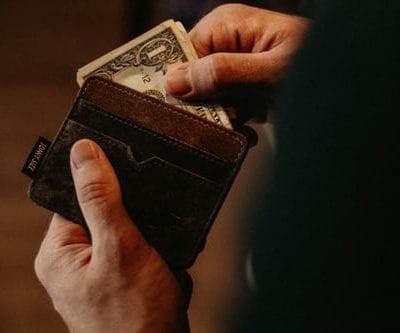 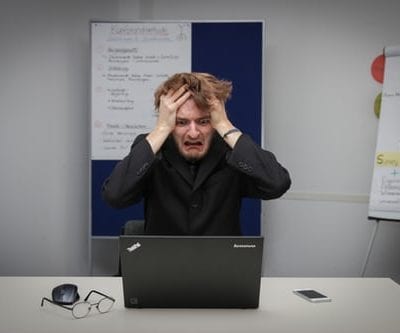 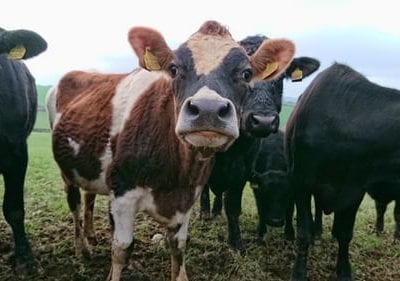