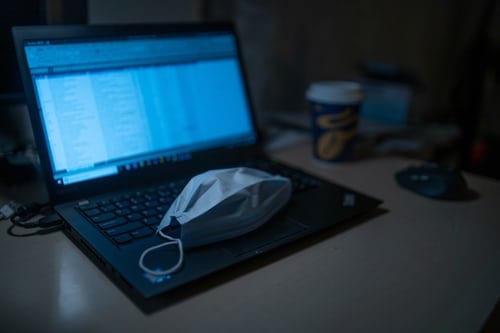 The government’s Covid-19 package, announced on Tuesday has been welcomed almost universally, but it’s also been given rise to a lot of questions about the specifics of the regime. Accountants and other tax agents are reporting inquiries on the mechanics of the scheme. One particular point of note is in relation to the leave scheme, where for self-employed, the leave is not available unless the person is paying themselves at least the minimum wage.

Now what exactly that means, and how that will be operated in practice isn’t clear yet.  It could be that in some cases the owners are actually not paying themselves enough because they’re hoping to keep the business alive but are continuing to pay the wages of their employees. In which case they should still qualify for the wage subsidy scheme. By the way, please note this is paid as a lump sum so it’s an immediate source of cashflow worth up to $150,000 to help businesses manage what is going to be a very difficult time.  And contractors are also available for the wage subsidy scheme.

But for the self-employed and the leave payment scheme, which is a separate part of the government package, there’s this proviso that they must earn a minimum wage and we’ll have more clarification about that in due course, no doubt.

But it leads on to a point which is often overlooked in in general planning for clients. And it’s all part of the principle I call. “Don’t let the tax tail wag the bigger dog”. It’s tempting to cap a person’s salary/income at say, $70,000 so that the person is not paying tax at the top rate of 33% But bear in mind the ACC repercussions of doing so. ACC earner and employer levies are payable currently to a maximum of $128,470 per employee/self-employed person. That threshold, by the way, is annually adjusted for inflation and will rise to $130,911 from 1st of April.

Now, if you’re familiar with the ACC scheme, if you have an injury and are unable to work , then after the first week, which your employer must pay, you will then receive up to 80% of your maximum earnings. So for the current year, that works out at just over $102,000 a year or $1,976 per week.

What I have seen is that people in trying to reduce their tax bill, they’ve fallen victim to not keeping their eyes on the implications for ACC. I had at least one case where a dentist’s income came in below $70,000. He then suffered an injury, which meant he couldn’t work. Of course, 80% of $70,000 is only $56,000. And that put that particular dentist under an enormous amount of pressure. As it turned out his earnings weren’t substantially greater than $70,000 as he was effectively working part time. But it was a good lesson about thinking about the wider implications of how you take the salary or your profit out of your company.

Quite apart from looking at the wage subsidy scheme and the leave payment scheme, Inland Revenue is now receiving a substantial number of inquiries from taxpayers wanting to know how it can help them in relation to the impact of the pandemic. To give you some idea of just how many inquiries Inland Revenue are receiving, on Wednesday, the day after the announcement, it received 492 inquiries. And just for comparison, the previous Wednesday back in 2019 there were only 33 inquiries.

Now one of the things that’s been asked about is obviously some relief in relation to payments of tax. The waiving of use of money interest is going to be helpful there. But that still does not mean that the tax is deferred indefinitely. The tax will be payable at some point. So, questions are being raised as to whether, in fact, in another package at a later date, the government might want to help qualifying businesses by remitting part of the tax charge.

There’s an interesting article from Newsroom. in which an economist, Michael Reddell has suggested a GST cut. GST specialist Allan Bullôt from Deloitte has responded, saying that he didn’t think that would necessarily help because it takes a long time to get a GST cut processed through legislation. And then, of course, there’s all the IT changes, which if you consider what’s going on right now with the requirement for social distancing and self-isolation means in practical terms, it may be difficult for people to actually implement any such changes to their software and their tills, etc. Allan’s suggestion was either deferring or writing off some of the GST collection instead. We’ll hear plenty more ideas about this going forward because as the government said on Tuesday, this is merely the first stage of the response.

A quick shout out to all the journalists working very hard to keep us informed. Thank you, guys. It’s an amazingly intense time for you, and I hope you’re looking after yourselves.

Moving on regular listeners and longtime readers of my columns and interest.co.nz will know that I am a longstanding critic of the policy of taxing superannuation schemes coming to New Zealand.

Leaving that aside, there are one or two traps in the legislation which is one of the reasons why I’m of how the policy operates. And I came across one of those traps this week and it has a very, very unfortunate outcome for the clients involved at this stage although we’re working on solutions, as always.

As everyone is aware once you transfer a superannuation scheme to New Zealand after your first four years of you being resident in New Zealand, the transfer will be taxable. There are various methods of calculating the income. The trap these clients fell into was they bought the scheme across, but they are still below the age 55 before they can access the scheme.

So that meant they triggered a substantial tax liability and do not have the cash to pay it. In this particular case it’s probably a timing difference of just over a year. Just to compound matters, the tax payable is over $60,000, which means that interest has been running on this since August 28th 2018. So not only do they have to find a substantial sum of money out of nowhere, but they also have interest running on top of that.

And it seems to me that these rules for taxing pension schemes are too harsh. My view has always been that your entitlement to a pension scheme is contingent on you living to the age that you can draw down on it. And it seems absurd to me that a taxpayer can be taxed and be deemed to have received income when in fact they can’t actually access that scheme and importantly, their entitlement to accessing it is dependent on them surviving a period of time.

There’s a couple of lessons here. Firstly, when you are looking to transfer your schemes, get tax advice before you do, so you understand what’s involved.  And secondly, and this is going to lead on to our final part of the podcast this week, get your records to your tax to tax agent or accountant much, much sooner. In this particular case, these clients had not advised, their accountant what they had done until they brought him the records for preparation of their March 2019 tax returns at the start of this month. (Taxpayers who have a tax agent, have an extension of time until the end of this month to file their March 2019 tax return)

Every tax agent will tell you that come March no matter how many times you tell them, certain clients bring their stuff in with barely a few days to go, and then expect the agent to work miracles, put everything together and file a return. And generally speaking, that gets done and it doesn’t backfire.

In this particular case, it was the first time the accountant became aware that the client had transferred a substantial pension scheme and had triggered a tax liability. It therefore meant that the opportunity to plan for payment of tax was completely lost. And we’re scrambling around trying to sort out a solution.

And in terms of filing your tax returns, you always want to file your tax return by the following March 31st because then the time bar rules come into play. That is that Inland Revenue has four years after the end of the year in which your tax return is filed to look at that return and raise queries about it unless no income has been reported or there is fraud or wilful evasion.

Well, that’s it for this week. I’m Terry Baucher and you can find this podcast on my website. www.baucher.tax or wherever you get your podcasts, please send me your feedback and tell your friends and clients. Until next time. Kia Kaha. Stay strong. 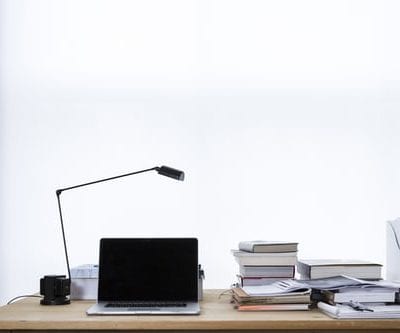 This week the Minister of Revenue is not happy with Google

An overview of the Government’s discussion document on the design of the interest limitation June 14th, 2021
An Employment Court case reveals Inland Revenue’s extensive use of contractors June 8th, 2021
This week the Minister of Revenue is not happy with Google June 1st, 2021
Budget 2021 Special May 20th, 2021
The Australian Budget May 16th, 2021
Time to rethink how we tax residential property investment? May 9th, 2021