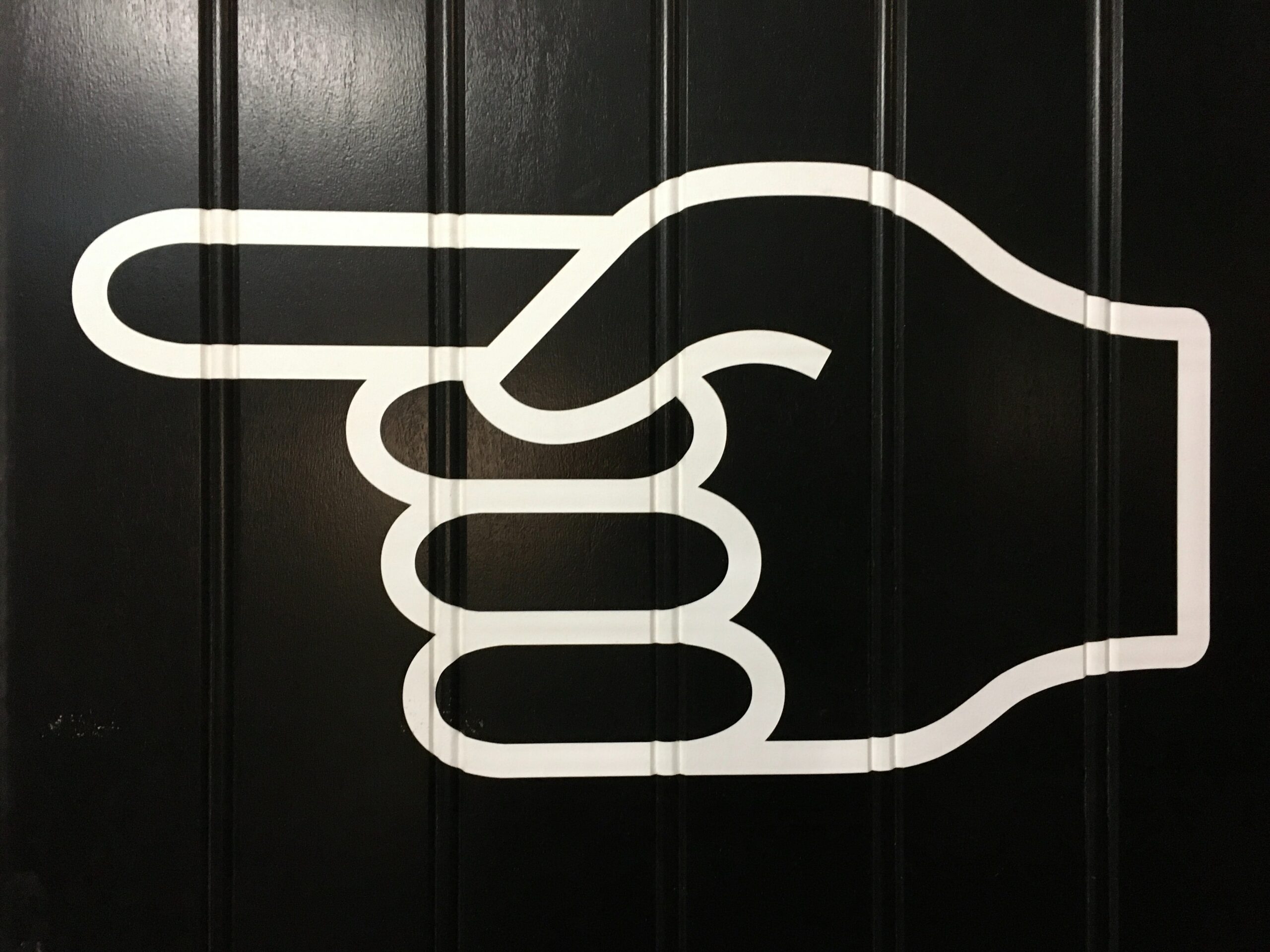 We frequently discuss Binding Rulings issued by Inland Revenue and a couple issued this week illustrate why you need to be thinking of potential tax issues in what might seem relatively routine transactions.

Binding Rulings are Inland Revenue’s interpretation of how the tax law applies to a particular arrangement.  The whole purpose behind the binding ruling process is to provide greater clarity. Most of those we discuss are public Binding Rulings but there are also product binding rulings where a product provider wants to get clarity on the tax consequences of the particular product or transaction that’s happening.

Zilch was concerned about whether this arrangement might give rise to a fringe benefit for anyone who uses these vehicles. In the product ruling Inland Revenue confirmed subject to meeting all the conditions set out in the ruling the use of the vehicles would not be regarded as a fringe benefit.

The second ruling is in respect of a Westpac mortgage offset arrangement. Westpac customers can elect to use the balance of eligible transaction and savings accounts to offset against home loan accounts. And the idea is more efficient use of those funds will reduce the interest payable on the home loan accounts. The concern here was whether this would give rise to issues under the financial arrangements regime, the quantum physics of New Zealand tax where there are plenty of hidden tax traps.

Now, you can look at what we’re seeing here is just examples of the traps you can find in what appears at first sight to be relatively routine transactions. Offsetting credit balances to minimise interest, you would think, “Oh yeah, that makes a lot of sense.” But then you drill into it and you hit the financial arrangements rules, and then suddenly there’s a number of issues you have to consider.

There are two key points. One, organisations offering products need to be careful about the tax consequences involved. Secondly, once they have done that asking Inland Revenue for clarity around the arrangements is a good first step. Product Rulings do involve a fee payable to Inland Revenue ad they can take a bit of time. They do provide certainty and you can probably use the ruling as a marketing tool as well. So as always, with taxes, plenty of unintended consequences to be mindful of.

Moving on, a few weeks back, I mentioned a report that had been produced by The Treasury, the Reserve Bank, the Ministry of Housing and Urban Development. In the form of the Housing Technical Working Group had published an assessment of the housing system with insights from the Hamilton-Waikato region.

Last Friday, Dominick Stevens, (formerly the Chief Economist at Westpac but now the Deputy Secretary and Chief Economic Adviser to Treasury), delivered the opening comments at the Economic Policy Centre’s Workshop on Housing Affordability at the University of Auckland.

He referenced the Housing Technical Working Group report and then expanded on Treasury’s conclusions were on the implications for policy.

His speech is very worthwhile reading because it does cover the whole ambit of economic policy on housing, with plenty of interesting insights. For example, apparently there’s very little relationship between where house prices have risen the most and the regions with the most population growth or the most acute housing shortages, which is an interesting conclusion in itself.

I think one of the real major insights generally is that high house prices and low interest rates affect deposit affordability more than mortgages for affordability or rent affordability. Basically, mortgages are affordable because we’re in a low interest regime, but accumulating the deposit in order to purchase a property is not so manageable and there are some fairly alarming looking graphs illustrating that particular issue. 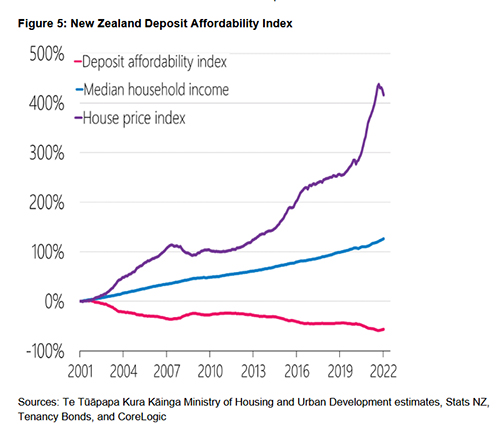 Treasury’s conclusion was we already knew “that houses are income tax advantaged relative to many other forms of investment due partly to our lack of a comprehensive capital gains tax.” But then he expanded on this by noting

“…the more restricted the supply of land, the more that changes to the tax system will be capitalised into the value of urban land, rather than affecting housing supply or rents. Our Assessment concluded that tax distortions have added significantly to the price of scarce urban land in New Zealand. In the current context, reducing these tax distortions would make land cheaper, and would have less effect on rents or housing supply. Indeed, last year’s change to the tax treatment of some investment properties may have influenced urban property values.”

A couple of really interesting conclusions here. Firstly, tax settings really have made an impact on house prices and the changes last year may have eased those issues to some extent. When you consider that you’re only getting a full interest deduction for new builds, that directs investment towards concentrating housing in urban area and hopefully both brings down house prices and increases the supply of housing.

Plenty more to watch in this space and no doubt there will be some controversy about the matter. And there is actually a few more interesting papers from that conference which we will try and pick up on another time.

Tax agents and Accountants have been subject to the Anti-Money Laundering and Countering Financing of Terrorism provisions for a number of years. To be honest these measures weren’t entirely welcomed. In the run up to the introduction of the provisions in 2018 I was at a couple of conferences where the Department of Internal Affairs officials telling us what we must do and this was the way it was going to be, were greeted with a fair amount of scepticism, to put it mildly.  One of the issues raised was how the compliance costs were going to fall on small businesses.

One of the other issues identified, but which at that time DIA officials did not have answers for, was in relation to tax transfers in two scenarios. One is where the taxpayers may have overpaid tax and they want to transfer that overpayment to a related party or associated party. The other scenario was transfers made by tax pooling agents, such as Tax Management New Zealand, Tax Traders and Tax Solutions. These are all companies to which you make tax payments which sit in a pool and are transferred across to Inland Revenue to meet tax liabilities.

And finally this week the Associate Minister of Justice granted a class exemption from most of the AML regulations for accounting practices (including accountants, bookkeepers, tax agents, and insolvency practitioners) carrying out “most” types of tax transfers under the Tax Administration Act 1994 or “most” types of tax transfers.  The question of transfers from tax pooling companies is still to be decided.

This class exemptions is a good thing to have, but the question remains why has it taken four years to get this to this position? This was an issue identified, as I said, many years ago, before the legislation started to apply to accountants and tax agents. And yet it’s only now that particular matter, which is something we do all the time has been resolved.

So, one step forward, one step sideways. But you do wonder whether the agencies are resourced well enough to be managing these questions and what other businesses have been raising questions, saying, “Here’s a standard business practise which we think shouldn’t be covered. Can you give us a ruling on that?” We’ll have to wait and see.

And finally, with the Queen’s death dominating the news headlines a bit more on the Royal finances. It’s quite fascinating to see all the rituals on the death of the Queen. For example, the King’s Duchy of Cornwall Estate, which is apparently worth £1 billion, passed automatically to Prince William. The Duchy of Cornwall goes back to 1337 and owns some centuries old assets including the Oval Cricket Ground in London as well as Dartmoor Prison.

Apparently, the total crown estate is worth £15.2 billion. As for the Queen’s own estate, this is quite substantial for example, she received £70 million free of inheritance tax from her mother back in 2002. Although the UK has inheritance tax, under an agreement reached with the Queen in 1993, it does not apply to sovereign-to-sovereign transfers.  The majority of the Queen’s estate will pass to the King without inheritance tax.

However, if any bequest was made by the Queen to anyone other than King Charles, then inheritance tax at 40% would apply. It will be interesting to see what the Queen’s final inheritance tax bill will be.