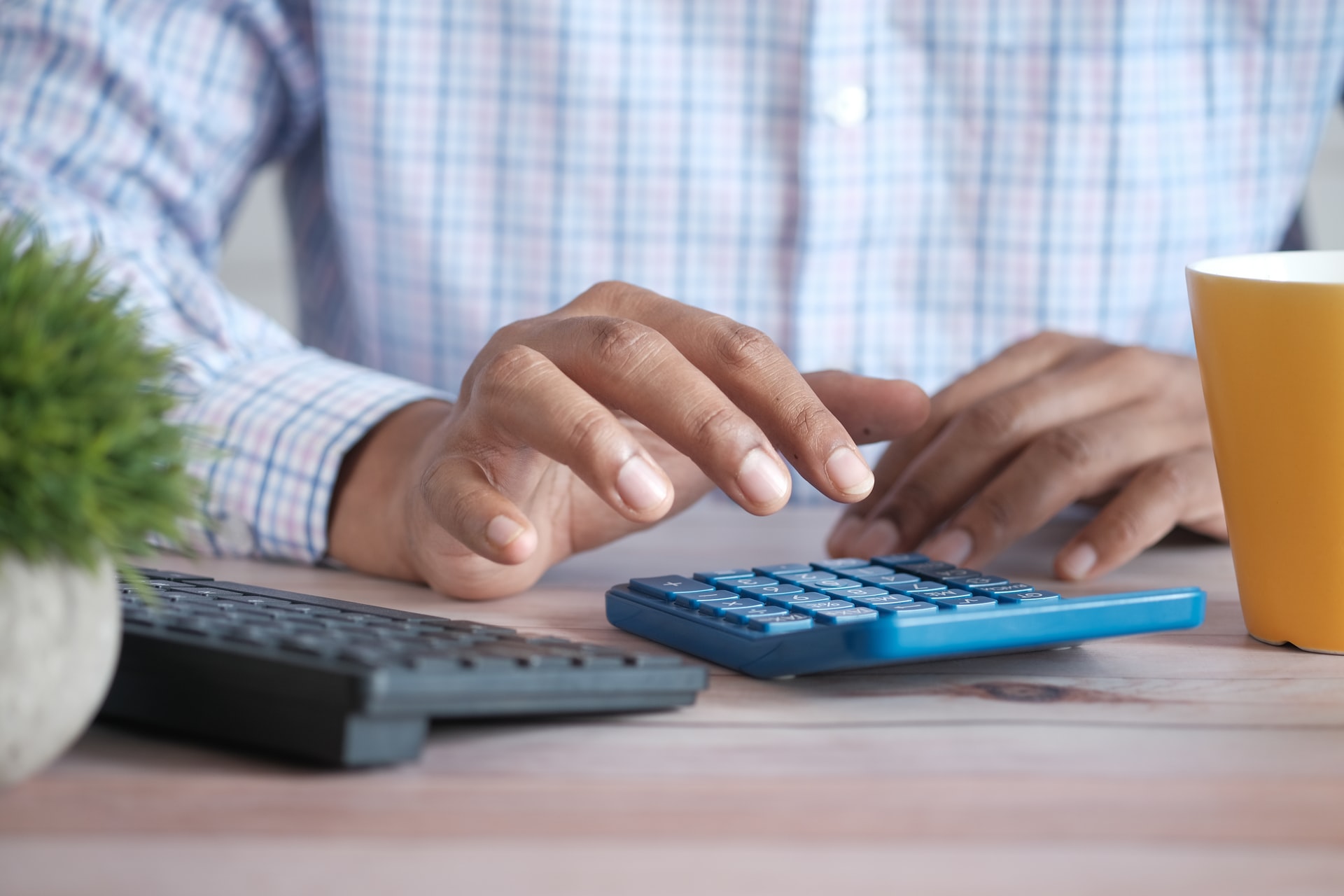 The Week In Tax · Bumper round up edition, tax bill reported back, new Inland Revenue consultations

If a week is a long time in politics, then the three weeks since our last podcast feels like a decade. If you think I’m exaggerating, Inland Revenue’s latest Agents Answers notes that more than 100 policy and remedial changes are expected to take effect on or before 1st April.

Aside from this, there are also the ongoing COVID support measures. Applications for the second COVID support payment opened on Monday 14th and next Monday 21st of March applications open for a top up loan from the Small Business Cashflow Scheme. In addition, in the wake of the disruption caused by the ongoing Omicron wave, Inland Revenue has effectively delayed the due date for filing March 2021 income year tax returns until 31st May.

This extension also applies to certain elections, which would normally be due by 31st March, and such elections include filing controlled foreign companies and Foreign Investment Fund disclosure forms, making subvention payments relating to the 2021 tax year, and look through company elections for new companies or companies that were previously non-active. That’s all-good stuff and helpful to those tax agents who have been hit by Omicron and their schedules disrupted.

As I said, it’s been a busy period since our last podcast. The Taxation (Annual Rates for 2021-2022, GST and Remedial Matters) Bill, introduced on 8th September 2021, was reported back to Parliament on 3rd March.

Now this is the bill, which by way of a supplementary order paper, contains the controversial interest limitation and deductibility rules for residential investment property. The bill also has a number of other important measures relating to the treatment of cryptoassets, and GST in particular. It’s an important bill which must be passed by 31st March I believe, as part of the normal Parliamentary supply process.

Cryptoassets are an extremely fast-moving area. As the report of the Finance Expenditure Committee notes, there are already over 15,000 different types of crypto assets. And as a result, the Committee has recommended changes to definitions, in particular, removing the fungibility requirement for the cryptoasset definition. Its now going to add a definition for nonfungible tokens, or NFTs, which are all the rage at the moment.

But of course, the big and most controversial part of the bill, is in relation to the interest limitation rules. Broadly speaking, there are some changes around the fringes, but nothing significant. And that’s what I would expect with the Government’s super majority. It will push through these changes.

One of the things of note and which will be disappointing to some, is that submissions that the definition of new build should include improving, renovating or repairing existing buildings, dwellings and extensive remediation of uninhabitable dwellings, were not adopted.

The Committee did not consider these to be new builds and should not receive tax incentives by exempting the activities from interest limitation rules. However, the Committee considered the new build exemption should apply in some circumstances where “remediation of an existing dwelling prevents it from falling out of available housing supply.”

The Committee went on “In expanding the exemption, we aim to make these rules as clear and objective as possible, so would avoid using subjective terms such as ‘uninhabitable’.” A wise move there.

They therefore suggest the new build exemption would apply to existing dwellings in two specific situations. These are where a dwelling has been on the earthquake prone buildings register but remediated and removed from the register on or after 27th March 2020, or a leaky home has been substantially, at least 75%, reclad. They say there are verifiable criteria available which would allow for clear application of a new build exemption.

They also have agreed that there needs to be some changes to rollover relief provisions in relation to transfers to and from trusts and parents co-owning property with their children.  The later has become particularly controversial with reports in the media about how the bright-line test has affected parents helping their children into a house.

An example given, where parents become co-owners of a property with their adult children and later sell a part share of the property to the children. The parents would be disadvantaged if the period subject to the bright-line test for any remaining share they own restarts on the date of the sale. There’s going to be an amendment to change that.

One of the other things, of course, that happened whilst I was away cycling part of the Tour Aotearoa – highly recommended by the way – is that National made its proposals around changes to the tax thresholds. There’s commentary from the National Party in the Minority Report on the lack of action in that area. And as you might expect, ACT also takes a view that these changes aren’t needed at all. So, politics will carry on as normal

Moving on, Inland Revenue has been busy kicking out a number of consultation documents. An important one was on 8th March, which relates to GST apportionment and adjustment rules, which I mentioned earlier. Inland Revenue is looking at policy options for reforming and simplifying these rules.

This is actually very important because these rules are very complex. One concern in particular, is that although GST does not tax most private assets, such as dwellings, an issue arises where some private assets may be used by a GST registered person to make taxable supplies. For example, when a person is working from a home office. Or a GST registered person may own a holiday home, which they also rent out as a taxable supply of guest accommodation.

There is an argument the use and disposal of those private assets may be in the course of furtherance of a registered person’s taxable activity. So that could lead to a GST liability when those assets are sold or an apportionment adjustment if there is a decreased percentage of taxable use.

Now what Inland Revenue have pointed out is, and what’s well known, is that many registered persons are unaware there could be such GST consequences. And what it’s suggesting is that we need to look at proposing a revision of the rules and simplification.

The proposals include a principal payment purpose test for assets purchased for less than $5000 GST exclusive.  For assets above that threshold a de minimis test is proposed. If the registered person’s taxable use of the asset is less than 20%, the asset is regarded as non-taxable. No input tax deduction could be claimed on purchase, but critically no GST would be accounted for on a sale. The flipside of this is an 80% rounding up rule. Assets with 80% or more taxable use would be deemed to have 100% full taxable use. So therefore, there would be a full input tax deduction with only small amounts of non-taxable use. This is an important paper and worth reading in detail.

Another paper which came out two days later, was on the role of digital platforms in the taxation of the gig and sharing economy.

This paper contains proposals intended to make it easier for people earning income through digital platforms, the gig and sharing economy to comply with the tax obligations. It’s looking for feedback on how GST should apply in those rules, and whether there are opportunities to reduce compliance costs in the tax system for people earning in the income from the gig economy.  As the paper notes the gig economy is now a substantial and increasing part of the modern economy.

The paper looks at what’s going on and how the current tax system deals with the gig economy. In my view the tax system currently doesn’t deal very well with the micro and small businesses. Just as an aside, in relation to this, I do wonder whether it’s time for the tax system to introduce a nil rate band for income tax purposes. This is something we see in other jurisdictions, for example across the Ditch, in Australia.

As the current legislation stands, every dollar that is earned must be taxed. And I do wonder, that might have been appropriate when inflation was low, but now seems to represent an unnecessary burden, particularly when the rate of tax in the first $14,000 is only 10.5%. The question is how much tax would it cost? How much is involved in calculating that and collecting it? Again, I recommend a good thorough read of this paper.

On 7th March, an Order was made setting out the minimum standards for financial statements to be prepared by trusts in relation to new disclosure requirements.

These are actually in force for the current tax year and will be required to be complied with when we start preparing tax returns for the year ended 31st March 2022.

And there’s a special report that sets out what trusts are required to comply and what’s expected to be prepared. Basically, the minimum requirement will be to prepare a statement of profit loss and a statement of financial position. This is part of the wider information gathering that Inland Revenue wants, but also in this particular case on trusts, when you look at the new Trusts Act, which took effect earlier this last year, there’s an expectation for trustees to provide and prepare more financial information.

So again, that’s an effective increase in compliance costs, yes, but also something which is part of a wider need for transparency and full disclosure in the trust regime.

Now, if all that wasn’t enough to be chewing over, on Wednesday Inland Revenue released a consultation document on top tax rate avoidance prevention proposals. It’s proposing some measures that limit the ability of individuals to avoid the 39 or 33% personal income tax through use of a company structure.

Now these are what we call integrity measures, there to support the integrity of the tax system. They are to be expected. But what’s interesting here and what’s going to cause some controversy, is a proposal that the sale of shares in a company by a controlling shareholder will be treated as giving rise to a dividend for that shareholder to the extent that the company and its subsidiaries have retained earnings.

This is to counteract the 11-percentage point differential between tax paid at a company level at 28%, and tax paid at the individual level at 39%. What concerns the policy advisers is that companies will not be making distributions of dividends, but by selling the shares and the shareholder usually realising what is a tax-free capital gain under present legislation, this issue of that 11-percentage point differential can be avoided.

Accordingly, one of the measures in this consultation document is to address that. There are a few other matters in the paper which I’m still digesting. So what I propose to do is talk about it at more length next week.

Well, that’s all for this week. I’m Terry Baucher and you can find this podcast on my website www.baucher.tax tax or wherever you get your podcasts. Thank you for listening, and please send me your feedback and tell your friends and clients. Until next time, kia pai te wiki. Have a great week.