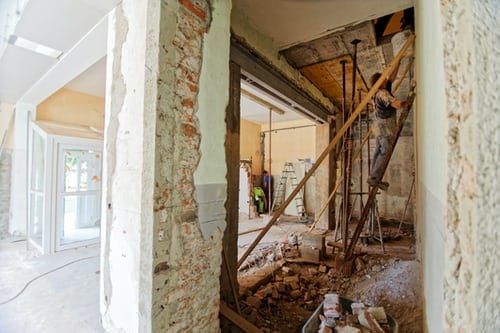 The Government’s discussion document on the design of the interest limitation rules on the additional bright-line test was released a little bit over two weeks ago. Since then it’s been a hive of frantic activity amongst tax agents, accountants and lawyers as we try and digest the implications of what’s proposed and work out how we manage those changes.

Yesterday we discussed the question of new builds. Now the new build definition is going to be incredibly important because the Government is proposing that owners of new builds will have a five year bright-line test exemption instead of the 10-year test which applies from 27th March. Also, and this is the bit that’s getting most people particularly interested, will be exempt from the proposed interest limitation rules.

The proposal is that a property should only qualify as a new built where residential housing supply has clearly increased. This, according to the discussion document,

“will occur when a self-contained dwelling with its own kitchen and bathroom has been added to residential land and the dwelling has received a Code Compliance Certificate.”

It’s of great interest, clearly, because late this past week, I made a presentation on the new rules to the Employers & Manufacturers Association and the New Zealand Chinese Building Industry Association. Some very interesting discussions came out of that – it’s apparent a lot of people clearly are focussing on what is a “new build” with many of the questions around the definition and what’s going to happen?  Clearly this is a very important part of the Government proposals.

Running through a little bit of the detail. Simple new builds involve adding one or more self-contained dwellings to bare residential land. So that would include adding a dwelling to buy land that is one of more dwellings is allotted to bare residential land. It doesn’t matter whether a new build is fully or partially constructed on site, so it will cover modular homes. It would include a dwelling that has been relocated onto the land.

It includes replacing an existing dwelling with one or more dwellings. This is where an existing dwelling is removed or demolished and then replaced with one or two or more dwellings. It’s proposed that even one for one replacement would qualify, even though strictly there’s been no increase in housing supply. But there’s been an improvement in the quality of the housing. And we’ll come back to that point in a minute.

Complex new builds involve adding one or more self-contained dwellings to residential land that already has a dwelling on it without a separate title being issued for the new build portion of the land. So that would include adding a standalone dwelling and that could be a sleep-out, for example.

In our discussion with Inland Revenue, the question arose about what to do with renovations and remediation and that led into a very interesting discussion.  The same point came up at the afternoon’s seminar. What do we do, for example, where you have a house that’s previously been left as uninhabitable? Maybe, for example, it’s not up to building code or the healthy homes standard, but money is being spent to remediate these matters.

So we debated whether we think the interest portion on such work should be deductible. And the general view was broadly yes. You’ve obviously got some definitional issues about what is uninhabitable. But clearly, if the Government wants to increase the housing supply and the availability of accommodation, taking a house which was, say, previously had been left to rack and ruin and then bringing it up to healthy home standard, the view was the interest in that deduction probably should be allowable.

Of course, as a separate matter which we didn’t discuss, what about the deductibility of the actual expenditure on making a dwelling meet the healthy home standards? That’s less clear and arguably is non-deductible and that’s all part of the problem with the current tax system and how complex the whole matter has become. It’s pretty harsh on the capital treatment of buildings. Since 2011 we don’t have depreciation on residential accommodation. And I’m beginning to form the view that maybe we should restore that, because as this discussion on the question of renovation points out, buildings do fall into disrepair. There’s also the matter of leaky buildings and earthquake strengthening.

Finally, there’s commercial to residential conversions. This new-build category covers the conversion of commercial buildings into self-contained dwellings. For example, an office converted into apartments or a large commercial heritage building, such as a harbour warehouse that’s converted into townhouses. Such conversions are seen as new builds.

And the proposal is that the exemption goes to “an early owner” of new builds.  This is a person who:

The other matter for debate on which no decision has yet been made, is how long should that exemption last? Inland Revenue have suggested this could be 20 years.

On this, an interesting point came up in yesterday’s seminar. People got up and said, “Wait a minute, you said five years there. And then you talked about 10 years and now you’ve mentioned 20 years. What’s this 20-year thing?”  But you can see that the overlapping five year bright-line test, 10 year bright-line test and possible 20-year new build exemption adds to confusion about the whole process.

And that’s something that when you’re making submissions on the matter, you should think carefully about the coherence of the tax system and how much complexity we are introducing. We’ve got another two weeks until submissions close on 12th July. And I’d urge people to do so.

Earlier this week, the OECD released a report called Fighting Tax Crime – 10 Global Principles following a meeting of the heads of tax crime investigations from 44 countries. There are 10 principles which they describe as “essential legal, institutional, administrative and operational mechanisms necessary for putting in place an efficient system for fighting tax crimes and other crimes”.

There’s quite a lot of detail in this report to unpick. The report includes 33 country profiles detailing each country’s domestic tax crime enforcement frameworks and the progress each country has made in implementing the Ten Global Principles. Now, New Zealand is one of those countries, and its chapter makes for some very interesting reading.

The first principle is that there is a criminalisation of tax offences and that countries have to have a legal framework put in place to ensure violations of tax law are categorised as a crime and penalised accordingly. Now, tax evasion is money laundering, and it should be well known that it was tax evasion which led to the notorious gangster Al Capone’s downfall, as he was jailed for tax evasion, a.k.a. money laundering. There are some interesting stats here, but they’re not quite as comprehensive as you might expect to see: the numbers in the report only go back to 2016.

But throughout the report, there’s some very interesting snippets. For example, the report mentions the tax gap, that is the difference between what tax should be expected to be collected and what actually is collected. The report notes that New Zealand does not calculate an overall tax gap. That’s actually not out of line with other countries. Some countries can report on what they think the GST or VAT gap is, but generally not every country can say “We’ve got a reasonable idea of what the tax gap is”.

The report then goes on to say that New Zealand has estimated that on average, the self-employed population under-report approximately 20% of their income. That’s quite a statement. You’d then be thinking “Well, what is Inland Revenue going to do about that and how much might that be?”  In Australia, for example, they estimate their tax gap is about AU$31 billion, or about 7% of the tax take. A similar number here in New Zealand would be over NZ$5 billion, however that’s thought to be unlikely because unlike Australia, we have a very comprehensive GST. But the Tax Working Group did take into consideration a number of around between $850 million and $1 billion dollars annually.

The country reports discuss various principles, like a strategy for addressing tax crimes, investigative powers, the ability to freeze and seize and confiscate assets, and it notes between 2015 and 2019 New Zealand authorities seized $90 million dollars of assets in connection with criminal tax matters. And in fact, one of the highlights for New Zealand in this report was we have a strong legal framework for recovery of assets related to tax crimes.

The questions in my mind start to arise, and I disagree with the report on this particular point, is around Principle Six – adequate resources. The report notes that Inland Revenue’s hidden economy work for the year to June 2019 raised $108.8 million of tax revenue. And it notes

That is the process, but the statement is a little too pat for my liking. And the question that keeps coming up in my mind is, is Inland Revenue directing its resources appropriately? Because when it’s saying, “We think the self-employed are underreporting 20% of their income” my question is, “What are you going to do about that?” And if you follow the money in the budget appropriations and you see that the investigations budget has been cut by $10 million, a cynic might answer “Maybe not enough”.

One of the things that the report suggested New Zealand could do better would be using enhanced forms of cooperation such as secondments and colocation of staff and joint intelligence agencies and centres. That actually would be helpful in terms of also working with anti-money laundering. I have my reservations about that, but we shall see.

Finally this week, there’s a new set of tax rules coming into place on 1st July in relation to how business assets are valued when they’re sold. And these are what we call the purchase price allocation rules. These rules apply to the sale of assets such as commercial property, forestry, land or business.

What the new rules do is make it clear that both the buyer and seller have to make the same allocation, the rules set out a process that must be followed. And if they can’t balance an account, agree on an allocation, they will have to notify Inland Revenue who they then make the allocation for them.

The idea is to bring consistency to agreements for the disposal of acquisition of property in businesses. What was happening was buyers and sellers were adopting different allocations for assets that were sold. This process would mean then for a vendor, allocating as much to tax free capital gain, such as goodwill, was to be preferred. Whereas for the purchaser, they’d want to be allocating as much as possible to taxable and depreciable assets because then, for example, stock and fixed assets, they can then expense or depreciate.

There were various estimates about how much this might be costing the Government – up to $50 million dollars a year was one estimate. The result was these rules have been introduced and take effect from 1st of July.  They’re not terribly popular because they add a lot of detail and complexity to a process which is already quite stressful.

But the key thing is if you’re selling or purchasing a business you will need to pay more attention to what’s happening and how you’re allocating the costs between the various asset classes. The rules also apply to sales of residential land for $7.5 million or more, but only if neither buyer nor seller is an owner-occupier in relation to the land. As I said these rules are effective as of 1st July.

Well, that’s it for this week. I’m Terry Baucher and you can find this podcast on my website www.baucher.tax or wherever you get your podcasts.  Thank you for listening and please send me your feedback and tell your friends and clients. Until next week ka kite āno!