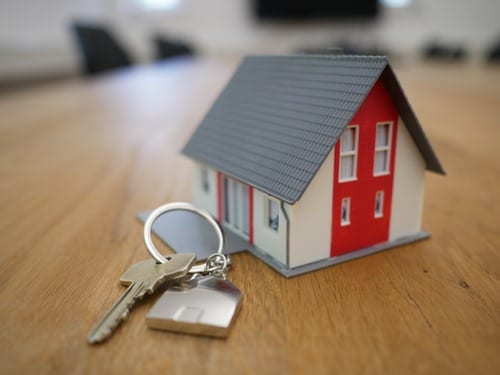 Inland Revenue has been working pretty hard to bring out material addressing questions raised by the Covid-19 pandemic. I discussed last week the new determination in relation to payments made to employees working from home.

Part of Inland Revenue’s website now specifically covers the various tax responses and policy initiatives made in response to the pandemic.

One of these addresses the issue of whether fringe benefit tax (FBT) applies to motor vehicles during the Level Four lockdown period.

By way of background, as people are probably aware, an FBT liability arises if a motor vehicle is “made available to an employee for their private use”. And what not unreasonably has been suggested to Inland Revenue is that during Level Four a motor vehicle is not available for an employee’s private use because the only private use permitted is for local travel to access essential services. In other words, such are the restrictions around a vehicles use in Level Four that to all intents and purposes, it’s not available for private use.

The Commissioner of Inland Revenue’s response to that is that the motor vehicle will still attract FBT in the usual way during Level Four. Yes, the opportunities to use a vehicle for private use have been restricted, but the test under the law is whether the vehicle has been made available for private use, not whether any private use has occurred.

And under case-law law, the position is a vehicle is made available to an employee when they have access to the vehicle and permission to use it for private purposes. Actual use is irrelevant for FBT purposes. Inland Revenue’s conclusion is therefore if a vehicle has been made available to an employee for their private use, then a FBT liability will arise for the Level Four days in lockdown.

There is a little ray of hope in that Inland Revenue go on to say that at present there’s no legislative scope for the Commissioner to exercise her discretion in these circumstances. However, Inland Revenue Policy “is currently considering this matter and whether any legislative relief should be made available”.

Now, FBT returns for the period to 31 March 2020 do not need to be filed until 31st May. So it’s possible we’ll hear more on what Inland Revenue have decided as to the treatment during the lockdown shortly. And then of course, FBT returns for the periods from 1st of April onwards won’t need to be filed until after 30th of June. So in both cases, hopefully we’ll get some clarity around that shortly. At present it’s a bit of the classic “Yeah, nah, definitely, maybe.”

Obviously, during Level Four many employees have been required to work from home because their place of work has been closed. Given the unique circumstances of Level Four, Inland Revenue will accept that there are sound business reasons arising from the nature of the work for the work to be performed at home. Therefore, there is a need to travel from work to home and back again. This means that home to work travel such as driving a pool vehicle home before level four and returning it when the employee can go back to work is not subject to FBT.

Taxpayers do need to ensure that the facts of their case support this approach. In other words, the employee must be actually working from home. There also needs to be a genuine private use restriction in place. If the employee is free to use the vehicle for private purposes, then FBT will be payable. Even though the employee is working from home which is accepted as being a place of work for Inland Revenue purposes.

The important thing to pick out here is that if you want to avoid FBT on the private use of vehicles, there must be a specific written restriction into either a separate agreement or in the terms of an employment agreement. The restriction must specify that an employee is provided with vehicle may not use it privately. This is a longstanding policy.

Still it’s some useful guidance from Inland Revenue on the matter. It’s probably not of great comfort perhaps to some employers who are hoping to avoid an FBT liability. But possibly if cars had to be taken home because there wasn’t a secure place for keeping them during the lockdown, an exemption could apply. But that would also need the employee to have been careful to make sure they didn’t use the vehicle privately. I expect we’ll hear more on this matter from Inland Revenue.

Can landlords apply for a wage subsidy?

Moving on, the government’s wage subsidy scheme has paid out almost $10 billion since it was launched in March. In recent days there’s been some criticism of firms that have been taking the subsidy who apparently may not have needed to do so. Several law firms have recently paid back a wage subsidy on the basis that when they applied for it, they expected to see a significant 30% drop in the revenue. But as things turned out in April, that didn’t happen.

One of the successes of this policy, is that the process for claiming the subsidy and its payment administration has been very, very swift and exemplary in that regard. But obviously around the fringes, some interesting questions pop up and one is emerging now among tax agents about whether in fact landlords can apply for a wage subsidy.

The position on this according to the Ministry of Social Development and Inland Revenue is that it applies to employers, sole traders, contractors, shareholder employees and a partner in the business.

But note that it does not specifically mention landlords. The position would appear to be that they are covered by the sole trader option. Even so it’s not going to apply to every landlord. The position we’ve reached at the moment is that if the landlord is running something that would actually meet the wider common law definition of business, then they should qualify for the subsidy.

They also have to show there’s been a 30% drop in revenue. This may well happen for commercial landlords in particular who have been offering rent holidays to retail outlets and cafes who can’t open during the lockdown. Similarly, residential landlords who have had tenants who’ve been laid off have probably met that criteria.

But the key thing there is meeting the definition of ‘business.’ It seems to me, that the sort of ‘Mum and Dad’ investor with maybe only one or two residential investment properties is not eligible to claim the wage subsidy even if they meet all the other criteria because they’re not really running a business. The nature of their activities is not sufficient to be treated as a business. That obviously will be a matter of some debate among those landlords who are suffering a loss of revenue.

On the other hand, people running an Airbnb may meet the definition of a business because there’s quite a bit involved in maintenance, cleaning, etc in providing furnished accommodation. Anyone GST registered is probably running a business, which would cover every commercial landlord. It would be helpful if Inland Revenue and the Ministry of Social Development between them could clarify this position.

A lot remains at stake and there are businesses struggling all up and down the country, so it’s only right that they get the right support. But equally, we don’t want people to be playing the system and this is one area where it’s a grey one and needs clarification.

Overall, I think that a commercial landlord and a residential investment property managing several properties are really running a small business and should qualify. How tenants might view that if they haven’t seen relief from a particular landlord is, of course, another matter. Societal pressure is perhaps one of the reasons behind several companies paying back their wage subsidy anyway.

What can we expect from the Budget?

Now this week is the Budget. This is unquestionably going to be the most important in recent years from the point of indicating the direction that this government wants to see the post pandemic economy take. From a tax perspective, I’d be surprised to see many – if any – new tax measures. As I’ve said previously, I think the income tax thresholds are long overdue for adjustment and there’s an argument for doing that now, as a measure of support during a recession. However my understanding si it’s probably not going to happen.

What that indicates is the short-term way of using wage inflation (if we have any wage inflation) to quietly raise additional tax revenue without anyone noticing, will continue. This ‘fiscal drag’ is worth about $400 million annually. Now, that said, past governments of both hues have done this down the ages.

It being an election year, directly addressing the issue of tax changes to fund the response to the pandemic is probably also off the table. We might hear some general commentary about, well, we’re going to need to look at the shape of the tax system.

I would expect Inland Revenue to get some additional funding to help with auditing the wage subsidy scheme and managing the small business cash flow scheme, details of which are still pretty thin. But as everyone knows, that policy was enacted in haste, although I understand some work had been going on in the background for some time. This was going to be rolled out sooner or later but probably not as soon as actually happened.

A bit of a personal disappointment is there’s no formal Budget lockup this year where the analysts and journalists get to have a look at the Budget before the Finance Minister presents it to Parliament. This year only press gallery journalists will be in the lockup. As I said, disappointing but understandable. The problem is, so many people would want to be in there and it’s difficult to be representative about who could be there given the conditions. The security involved in emailing it out and the potential for leaks was – given what happened last year -was probably a risk the Government didn’t want to take. Anyway, I will have a full wrap up of the Budget in next week’s podcast.

So that’s it for this week. I’m Terry Baucher and you can find his podcast on my website or wherever you get your podcasts. Thank you for listening please send me your feedback and tell your friends and clients until next time. Kia Kaha. Stay strong. 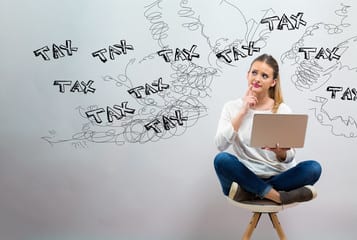