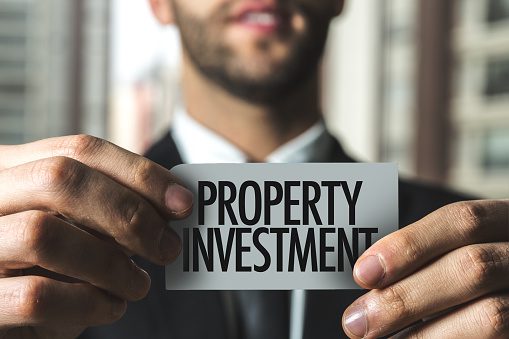 Last week, New Zealand entered the new COVID-19 protection framework, or the traffic light system. Currently here in Auckland, we are on red and most of the rest of the country is on orange, with a few other exceptions. As part of this, the Government has made a new transition payment available, which is aimed particularly at businesses in the Auckland, Waikato and Northland regions, because these are the ones who have had the longest period under the old alert level system.

This transition period payment will be paid through the Resurgence Support Payment system starting in a week’s time from 10th December. It’s set at a higher base level than the current Resurgence Support Payments, applications for which closed last night, by the way. The payment is $4,000 per business, plus $400 per full time equivalent employee, up to a cap of 50 full time equivalent employees. The maximum that any business can receive is $24,000. Treasury estimates the likely total cost of the payment is going to be somewhere between $350-490 million.

This is a new support being made available. The Leave Support Scheme and Short-Term Absence Payment are also available. The Government will be considering further targeted support once the new Covid-19 protection framework beds in.

One other thing to note is that the rules have been changed so that recently acquired businesses can access the Resurgence Support Payment. This is because under the previous rules, the applicant had to have been operating as a business for at least one month before August 17th. So, businesses acquired after July 17th were not eligible for any payment. Although few businesses were affected by the previous criteria, it made a difficult time even worse.

The test will be that the business that was sold must have been in operation for at least a month prior to August 17th and the new business is carrying on the same or similar activity as before the change in ownership. This is a welcome little break. However, there will still be pressure on businesses. As is well known, hospitality and tourism have had a very, very hard time of it over the last 16 weeks of lockdown

Moving on, there’s been quite the debate this week over the taxation of property as a number of factors came together. Stuff has been running stories on what it calls mega landlords. One story noted that the proposed changes to the interest limitation rules have led investors to start reconsidering their investment portfolio. And also there’s been changes in the Bright-line test, which is now runs for 10 years.

A survey from the Chartered Accountants Australia and New Zealand (CAANZ) and in conjunction with Tax Management New Zealand, found that the proposed tax policies had already affected many property investors’ behaviour. 70% of the 360 odd respondents reported that their clients had changed or were planning to change their investment behaviour. What exactly that might be obviously depends on individual circumstances. According to CAANZ’s New Zealand tax leader John Cuthbertson, it’s likely to be not purchasing additional properties.  However, as he also pointed out there’s still some confusion and uncertainty around the complexity of the rules.

And then Christopher Luxon, the new leader of the National Party, came under some fire when it was revealed that he had seven properties as part of his investment portfolio. However, as business journalist Bernard Hickey pointed out this is actually an entirely rational investment approach under current rules.

This is the crux of the matter. Property has been very tax-preferred, particularly in relation to the non-taxation of gains, and the deductibility of interest even though there are two parts to the economic return, i.e. the taxed rental income and the (usually untaxed) capital growth. Apparently, the value of Luxon’s properties increased by approximately $4 million over the last 12 months. He can reasonably expect that none of this gain will be taxed.

These themes form the background behind the new legislation to limit interest deductions. It so happened that last Monday Parliament’s Finance and Expenditure Select Committee heard oral submissions on the new tax bill, the Taxation (Annual Rates for 2021-2022, GST and Remedial Matters) Bill to give it its full title.

The FEC received 83 written submissions, which are available on its website, including a monster 216 page submission from CAANZ. The size of that submission, which was one of the largest I’ve ever seen, gives you some idea of the complexity involved in this whole matter.

Listening to the oral submissions, the constant refrain was that the proposed rules are far more complicated than people realise, and we don’t know what the unintended consequences might be. The Corporate Taxpayers Group (their submission was a more manageable 21 pages) suggested that really the introduction of the interest limitation rules should be deferred until 1st April so that people can get their head around what’s going on.  I think this is a fair point and one other submitters made.

CAANZ and the Corporate Taxpayers Group were concerned about how rushed this whole process has been and how that fits in with the Generic Tax Policy Process (GTTP). I and one or two other submitters suggested that there really needs to be a thorough review of the bright-line test and this legislation in line with the GTPP, because that’s what’s supposed to happen and hasn’t been happening recently. The bright-line test, for example, was introduced six years ago so it’s time for a review as to how it’s working.  Since its introduction the bright-line period has gone from two years to ten years period. How is that working? is a fair question to ask.

Talking about the distortions

In the course of the hearing Green MP Chloe Swarbrick rather mischievously raised the issue of an inheritance tax with one submitter. That promptly earned her a bit of a telling off from the chair of the FEC. In my oral submission, I took the opportunity to put forward the Fair Economic Return proposal Susan St John and myself have developed. Whether that gets any traction remains to be seen.

To perhaps unfairly reference Christopher Luxon again, the concern we have is that his $4 million of capital appreciation in the past 12 months is most likely not to be taxed. And whether that’s actually an appropriate tax setting is something we don’t believe is correct. And I think the evidence is growing about how distortionary it is and that something needs to change.

This whole debate, which went on this week and will continue, reinforces the point that Craig Elliffe made in last week’s podcast that the debate over the taxing of property or capital isn’t going away because the current position is unsustainable. A point that rarely gets made is that Aotearoa-New Zealand is really unique in not either having a capital gains tax, or a wealth tax or estate and gift duties or taxing imputed rental. All of those exist in one form in most of the major jurisdictions of the OECD and G20, but there is none of them that don’t have any of those except for ourselves. So that’s why I think this debate will continue.

Moving on, I remember listening to the late Sir Michael Cullen talking about his experience on the Tax Working Group. I asked him about whether anything had been a surprise to him, and he replied he had been surprised by the extent of what was happening in the charitable sector,

This is something that pops up from time to time with criticism and accusations of charities abusing their charitable status to get an unfair advantage over other businesses. Sanitarium is the one charity (of the Seventh-day Adventist Church) that often pops up when this happens. The Tax Working Group’s view on charitable donations was that it is a long-standing relief. In its view the issue will be around whether, in fact, those charitable organisations are making charitable donations. The concern that arises is when they’re not and they are accumulating wealth without distributing it.

Now it so happens that this week Inland Revenue released a draft operational statement on charities and donee organisations. Now this is a bit of a monster statement, it runs to 105 pages. It outlines the tax treatment and obligations that apply to charities and donee organisations and how the Commissioner of Inland Revenue will apply the relevant legislation.

As I said, the statement is so big it’s been split into two parts, one for charities and one for donee organisations. I’m not proposing to run through this in detail right now, but the statement sets out briefly what exemptions are available and how Inland Revenue is expecting that process to be managed. Inland Revenue is taking submissions until the end of next February. And I would expect that this would generate quite a bit of feedback.

It’s good Inland Revenue has set out formal rules for charities and donee organisations. It is also, in my mind, an indicator that Inland Revenue has some concerns about what’s been happening in this sector, and it is now making very clear what are the rules, what it expects to see, and there will be consequences if the rules aren’t followed.

Well, that’s it for this week. I’m Terry Baucher and you can find this podcast on my website www.baucher.tax or wherever you get your podcasts.  Thank you for listening (and reading) and please send me your feedback and tell your friends and clients. Until next week kia pai te wiki, have a great week!