Terry Baucher summarises the top 3 stories from this week in tax.

It’s Friday, the 5th of April. Welcome to The Week in Tax!

I’m Terry Baucher, a long-time tax nerd and director of Baucher Consulting Limited – a tax consultancy whose aim is to bring better tax stories for you and a better tax system for all.

This week in tax:

We will be hearing a lot over the next few weeks and months until the election about capital gains tax. The government will be enhancing later this month its answers to the recommendations made by the Tax Working Group.

In the meantime, a businessman, Troy Bowker – a former tax consultant and ex-colleague of mine, by the way, from my days at Ernst and Young – wrote in this week’s New Zealand Herald, taking aim at the statistics behind the Tax Working Group’s proposals. He took issue with the household income survey prepared for 2014/15 and thought that the data used was inaccurate on that and then formed a basis of criticism of trying to base the CGT on the data drawn from that.

For example, the Tax Working Group cited Canada and America as examples. But, when Deborah Russell and I were researching Tax and Fairness – our excellent book is still available – in Chapter 5, we looked at this issue and we saw statistics from America, but also looked at Australia and the UK. The pattern was pretty much the same. The wealthier the individual, the more likely the greater proportion of income they would derive from capital gains.

For the year ended 31st December 2014 in America, in the top 0.1 percent of taxpayers reported 34 percent of all capital gains.

The pattern is quite clear even if some criticism could be directed at how the survey was conducted and then used by the Tax Working Group. The packing is the same around the world. The greater the wealth of the individuals concerned, the greater the percentage of income is reported that represents capital gains. This will run and run, and it basically will go backwards and forwards.

But bear in mind the old adage – “There are three kinds of lies: lies, damn lies, and statistics.”

This can be used both ways. But, statistically, the survey is relatively sound. Her 8,000 responses which I understand by statistics standards is good, and the pattern across those jurisdictions which have capital gains and are providing analysis show the same. The wealthier the individuals involved the greater the proportion of capital gains they report, and this was at the heart of the Tax and Fairness argument that the Tax Working Group brought forward in introducing a capital gains tax.

Just as an aside, the Inland Revenue doesn’t provide a lot of great detailed statistics. That was something the Tax Working Group did recommend should happen going forward. I would certainly wish to see this for two reasons – one, being a tax nerd, it’s always interesting to see what these things could do but; two, it also puts pressure or reminds taxpayers of where they should be and which sectors are paying tax and whether businesses are doing as well as they should be doing.

Inland Revenue did look at a proposal in this space about surveys and matching to income across various sectors, but that program appears to have been put on hold while Inland Revenue gets on with its business transformation programme.

This week, on Wednesday, the Finance and Expenditure Select Committee at Parliament heard submissions on the new tax bill relating to the introduction of online GST and loss ringfencing.

It’d be fair to say that neither of these measures are popular with the parties affected, but one criticism that seems to be constant looking at the submissions is how rushed the legislation is.

The legislation for this tax bill – which, if you give it its full title, is the Taxation Annual Rates for 2019/20, GST Offshore Supplier Registration, and Remedial Matters Bill – was introduced just before Christmas. It is for the loss ringfencing provisions meant to take effect from the start of the 2019/20 tax year which was on the 1st April – and, by the way, happy new tax year to everyone! – and, for the GST, 1st of October this year.

Now, as was pointed out, that’s a pretty rushed timetable. Although Inland Revenue as part of the generic tax policy process had released discussion documents on both topics, the timetable has been still pretty compressed. The discussion document for the loss ringfencing was introduced at the end of March 2018 and yet we are supposed to have that legislation enforced a year later.

But, as was pointed out, actually, for some cases, the legislation has a retrospective effect in that the so-called early balance date taxpayers’ people who start therefore are able to adjust their tax to adopt a different balance date of 31st March. Those with the 31st October 2019 balance date, their 2019 tax year started on 1st of November. They’re already within the regime, yet the legislation which puts them in the regime loss ringfencing hadn’t even been introduced to Parliament at that stage.

This is something that’s attracted a great deal of criticism in the process with just about all these submitters talking, and live submissions I have seen made this point, and the submitters speaking on Wednesday to the Select Committee by video can submit by the live stream as well. The loss ringfencing legislation is a particularly poorly drafted piece of legislation.

If you want to have an idea of just how poorly drafted it is, have a look at NSA Taxation’s submission on their website (http://www.nsatax.co.nz/wp-content/uploads/2019/02/Submission.pdf) They really climb into it. The returns introduced which have never been used in the tax act before are poorly defined. It’s not great drafting, and rushed legislation never looks good. Inevitably, what happens – and we see this still with the Look-Through Company regime – it really is often a case of enact in haste, amend at leisure.

We’ll see plenty more on this as it goes by.

One interesting comment quite a few people made this submission on the loss ringfencing was that, if given the government is considering capital gains tax proposals, are these measures really needed and should they be rushing straight through when further legislation which could have effect inside two years will be required. It’s a fair point.

The other point that was made by several submitters – myself included – is that the initial proposals in the discussion document suggested phasing this in over two to three years, and that was something that Treasury and the Ministry of Business, Innovation, and Employment suggested.

The Inland Revenue overruled that when they put this legislation forward for loss ringfencing. Why they did that? Inland Revenue, to be honest at times, is a little bit of a law unto itself, if I put it like that. They cited concerns about setting precedent, but that seems overstated in my view. I also, as a matter of fact, consider that the loss ringfencing rules address the symptoms, not the cause.

A better approach would be to look at restricting interest deductions either by expanding the interest deduction restriction rules in the mixed-use assets’ regime or through the thin capitalisation regime extending that which is something that some other submitters have made.

There is also, way back into the early 1990s, the losses from what we call specified activities which included residential property letting will limit which could be offset against other income was limited to just $10,000. That legislation could easily be reinstated if Parliament wanted to actually get something on the books which was actually workable rather than the rather messy legislation we have at present.

The Australian budget came and went this week. There were some changes. It’s a typical election year budget. The Australian election is due next month, but there’s not much to say about it at this stage because the tax cuts for mostly low-income and small businesses are proposed in the budget, but they’re, of course, really contingent on the Liberal-National Coalition getting back into government.

At this stage, it’s wait-and- see as to what exactly will come out of the Australian budget.

Finally, it’s terminal tax payment time for New Zealand taxpayers with a 31st March 2018 balance date. Terminal tax is due on the 7th of April which is effectively going to be next Monday, the 8th of April.

Just a reminder here that, if you are struggling with cashflow or you’re looking at an interest bill because you didn’t pay enough provisional tax, always look to consider making use of tax pooling companies such as Tax Management NZ (https://www.tmnz.co.nz/). We use those for our clients, and it saves thousands of thousands of dollars for our clients, so that’s something to keep in mind.

Also, today is the end of the UK income tax year which, for individuals, runs from the 6th April to the 5th April. Why? Lost in the midst of time. But I can tell you that, back in the 1990s, a suggestion was made to a precursor to HM Revenue and Customs that maybe it should become 31st March. Companies, by the way, can choose 31st March balance date.

The response was that changing the year end from 5th April to 31st March would cause confusion which is bureaucratic speak for “well, we really can’t be bothered,” but it does reflect on the current state of British politics that, if managing a change from 5th April to 31st March was deemed confusing, it’s more wonder Brexit has been a huge headache.

That’s The Week in Tax!

I’m Terry Baucher. Please pass this broadcast around to your friends.

In the meantime, have a great week!

Terry Baucher Terry Baucher is an Auckland-based tax specialist with 20 years experience. He works with taxpayers and owners of medium sized and emerging businesses. Prior to starting his own business, he spent six years with one of the "Big Four' accountancy firms including a period advising Australian businesses how to do business in New Zealand.
RELATED POSTS 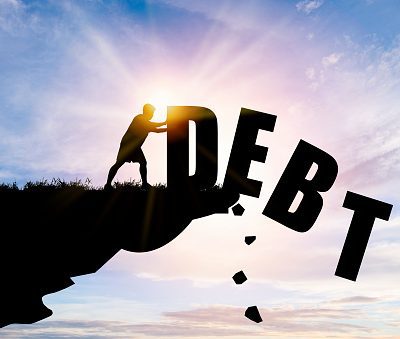 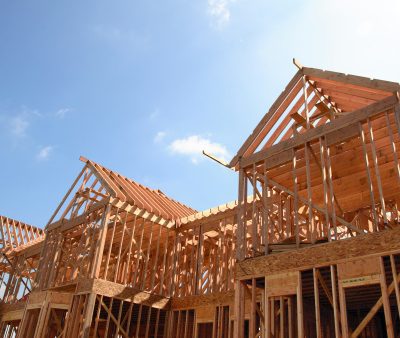