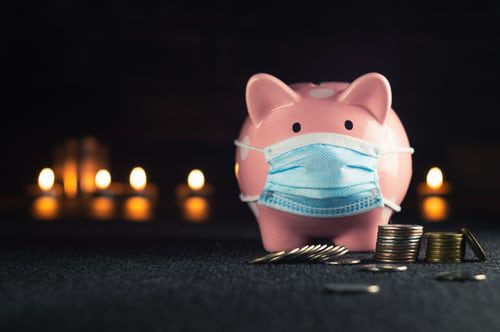 The Week In Tax · Half Year Economic Update, Covid-19 update & looking back at the big tax stories of 2021

On Wednesday, the Government released its Half Year Economic and Fiscal Update (HYEFU) on what was announced in May’s Budget back in May. From a tax perspective the Government’s tax take – the fiscal outlook – is expected to improve over the forecast period to 30 June 2025.  Although the HYEFU expects things to weaken in the current year to June 2022, it is seeing quite stronger than expected tax revenues coming through.

Now one reason for the Government’s expected increased tax take is a stronger outlook for the labour market, but it’s expecting employees’ wages to rise.  As a result, fiscal drag will lead to a higher tax take.  Fiscal drag is when an individual’s tax rate increases as their income crosses a rate threshold.  For example, over $48,000, the tax rate jumps from 17.5 to 30% and then at $70,000 it goes to 33% and then over $180,000 it goes to 39%.

The fiscal drag effect is expected to be quite strong. It also implies that, at least for this forecast period, the Government is not planning on making many adjustments to those thresholds, which have not been adjusted at all since 1 October 2010, other than the introduction of the new 39% rate this year.

There is also an interesting snippet about the rise in the amount of GST that’s been collected. That is apparently a by-product of the lockdowns and the inability to travel overseas.  People are therefore spending more in New Zealand, whereas if they go on holidays, that spend happens outside New Zealand and there’s no GST for the Government.

The half year forecast also includes estimates of the impact of tax policy changes and the big one here is the denial of interest deductions for residential property investors.  Over the period to 30 June 2025 this is expected to bring in over $1.1 billion.   As you’re aware the interest deductions are limited to 75% as of now and then gradually over time deductions will be removed in full.  For the period to June 2022 the impact is estimated at $80 million, and that rises to $490 million in the period to June 2025. Of course, there’s an election in between now and then and the legislation hasn’t been finalised, but we will see how that plays out over the forecast period.

These half year forecasts are interesting, they’re indicative only, and things can change quite rapidly as we found out in the last couple of years. And of course, there’s a risk another development in the pandemic will have some impact.

Still, it’s interesting to dive in and see how the tax take is expected to track over the next few years.

Income Tax on the Wage Subsidy

Moving on, and speaking of the pandemic, Inland Revenue has just issued a reminder about the tax treatment of wage subsidy and leave support payments that have been made to taxpayers by the Ministry of Social Development. If these payments didn’t pass through PAYE, then self-employed taxpayers and other individuals who received a wage subsidy or leave support payment, have to include these payments in their income tax returns. So that includes most self-employed people, but it also includes shareholder employees, partners and trustees, shareholders in look-through companies and some students and home-based childcare providers.

The fact that Inland Revenue is issuing a reminder now about what has to be included in the tax return when tax returns for many people were due on 7th July is interesting.  It indicates quite a few tax returns are still outstanding and also they may be seeing mismatches between what’s been reported to them by MSD and what’s been filed.   A person might have received a payment under one of these various support schemes but doesn’t appear to have been reported or included it in their tax return to March 2021.

No doubt there will be more COVID-19 developments next year. Looking back on the year, obviously COVID-19 dominated the news. Although the big wage subsidy burst happened last year, but with the progressive lockdowns the wage subsidies and resurgence support payments were all made available this year and I think we can expect that to continue. So that was clearly a story which never seemed to be out of the news.

What were the really big tax stories for the year? Well in my view there are only two that stand out. The first is the international agreement by the G20/OECD on the future of international tax. I mean, this is a huge development. 136 countries signed up to a new international framework which takes into account the rapid digitalisation of the world economy that has happened.  It also starts to try and draw a line under the tax competition that has gone on for the past 40 to 50 years.

To recap quickly the agreement consists of two pillars. Pillar One is aimed at ensuring that profits are more fairly distributed between countries with respect to the largest multinational enterprises. Those are companies with a turnover greater than 20 billion euros, about $30 billion. And then there’ll be a reallocation to jurisdictions where the customers and users of those services are located. This is supposed to reallocate something like USD125 billion of tax annually.  New Zealand will be one of the beneficiaries of that, particularly in relation to the likes of Google and Facebook.

Pillar Two is the one that puts a floor on the tax competition by introducing a global minimum tax corporate tax rate of 15%.  At the moment, this rate is said to be a maximum, and I know the Biden administration wanted it higher. But Europe and the Irish in particular, are not keen on a higher rate. And as I mentioned when I talked about this with Craig Elliffe, there are some countries, such as Nigeria, who are not happy and did not sign up to the agreement.

So the deal isn’t completely over the line yet, but 136 out of 140 participants have agreed to it and things are starting to move along. The main plan is there will be a multilateral instrument for signing by the middle of the year. And if all things go according to schedule, the new rules will take effect from 1st of January 2023.

I agree with Craig Elliffe that this is probably just the start of international tax reform. I think the pandemic coming in the wake of the Global Financial Crisis means that governments are really looking very hard at their tax revenue and tax base and will be looking to try and basically eliminate the use of tax havens and aggressive tax planning. So it’s very much “watch this space.”

Then the other story, which I mentioned earlier, because we already know something of its fiscal impact, is the ongoing struggle of the Government to try and rein in house prices and restore some equilibrium between investors and first home buyers.

We saw this with the dramatic and unheralded introduction of the restriction on interest deductions for residential property investors.  This has come into effect from 1st October and will progressively mean that after 31st March 2025, no deductions will be available.

This was a very dramatic step that was mitigated by allowing interest deductions to continue for new builds. Clearly, the idea is to divert investment into new builds and indirectly then bring down house prices. How that plays out nobody knows, really. Clearly, some form of circuit breaker needed to happen. Whether this is the right one, only time will tell.

The other measure that came in with it as well was the increase in the bright-line period from five to ten years. Again, there’s a carve-out for new builds, and I wonder whether that may create unintended consequences.

The controversial legislation is still progressing through Parliament, and the Finance and Expenditure Committee is now working its way through all the written and oral submissions it’s received and heard on the matter. 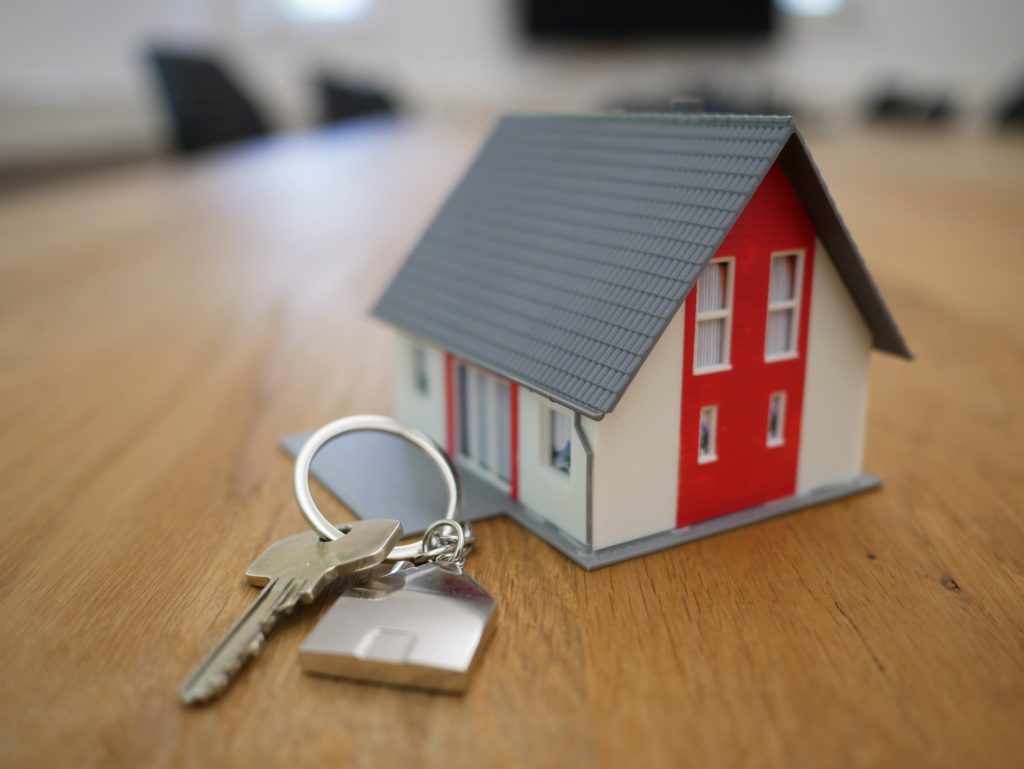 Photo by Tierra Mallorca on Unsplash

But the other thing this move highlights is the deterioration in the Generic Tax Policy Process (the GTPP). New Zealand tax policy experts are very proud of the GTPP. There’s nothing really similar to it and around the world tax practitioners in other jurisdictions admire it because it sets out a framework under which tax policy will be developed.

But the problem is that this process has been eroded steadily in recent years, and the area causing this erosion is the ongoing conundrum over the taxation of capital. We have a problem in New Zealand with an immense misallocation of resources to our housing market, which has a number of unintended consequences as seen by people like Max Rashbrooke and Bernard Hickey. The Government as well, I think is worried about what’s happening in that sector, and even the banking sector seems quietly concerned at how much money is in the property sector.

The bright-line test was introduced only six years ago, and its introduction was a surprise that didn’t go through the Generic Tax Policy Process. And we’re seeing more of this with governments introducing tax legislation a little bit on the hoof. The interest limitation rules are probably the best such example even though there was a process where we were, as experts, asked for our input. But the Government had already said what it was going to do, we were merely commenting on the how that would happen. Under the Generic Tax Policy Process the Government will begin by asking we’re considering doing X, should we? What are the pitfalls and the best way of implementing our proposal?

But the interest limitation rules aren’t the only area where some people are concerned about what’s happening with GTPP. The other policy, which is also drawing some controversy, is the introduction of section 17GB of the Tax Administration Act.  This is targeted at the wealthy, and it compels them to provide evidence of their financial wealth, together with a breakdown of their structures, to Inland Revenue for the purposes of determining tax policy.

Now this legislation was introduced on the quiet without any discussion about it beforehand. And again, some people have seen that this is eroding the Generic Tax Policy Process. And that move has stirred up some protest and there’s persistent talk of perhaps a legal action being taken against the legislation.

But again, you might say that comes back to the issues of the taxation of capital which is an area where I think there’s a weakness in the tax system.  The taxation of capital is not comprehensive, and we need to think further about how we want to do that, and how would that tie in with ideas of inequality.  Within the tax system if we are following the principle of a broad base, low rate, but we’re excluding part of the base, how does that impact the tax rate?

New Zealand is very reliant on labour taxes. I mentioned earlier about what the expected revenue to come in from PAYE and also from GST which is a fantastically efficient tax. But is that a broad enough tax base? Well, that’s a debate which I think is going on right now. I’m seeing the same debate elsewhere around the world about taxation of wealth and the expansion of GST and no doubt those will be themes that we will continue to see next year.

Well, that’s it for this year. My thanks to all my guests this year, and also to all my listeners, readers and commenters on the transcripts. Thank you so very much for tagging along and listening to me ramble on about tax.

We will be taking a break now and we’ll be back on Friday, 21st January. Until then, Meri Kirihimete, me te tau hou, Merry Christmas and a Happy New Year.