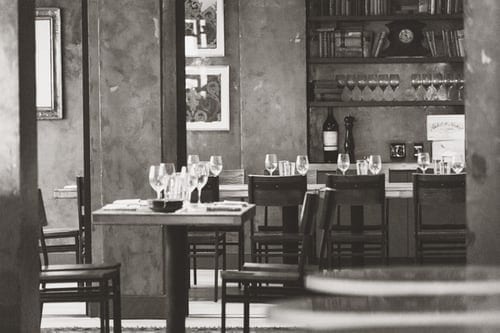 Reproduced from The Herald

Inland Revenue collected $77.9 billion worth of tax revenue in the 2019 year, but experts estimate that it is missing out on at least $1b more as the country’s self-employed are under-reporting their income by about 20 per cent.

A Victoria University and IRD study released in April estimated that New Zealand is missing out on about $800m in its annual tax take. Chartered Accountants Australia and New Zealand believe this is likely to be in excess of $1b each year.

The tax department yesterday announced it had carried out a series of unannounced raids on hospitality businesses in the Queenstown and Central Otago region – new measures in a bid to curb unreported cash sales and staff being paid cash under the table.

Using court-issued search warrants, IRD raided three hospitality businesses and made unannounced visits to six others. It seized wage records, computers and other business records, along with information on employer-provided accommodation, working for Families Tax credits and payroll matters.

It found that businesses were paying staff in cash without PAYE being deducted, and documents revealed some were making cash deposits into private bank accounts without being returned for GST or income tax.

IRD says it would continue to use the strategy to catch operators failing to comply with tax law, but Terry Baucher, founder of Baucher Consulting, says IRD has in recent years took its “eye off the ball” as it became “too focused” on its business transformation programme rather than growing hidden economy.

“The business transformation programme should have happened five years ago, at the very latest,” Baucher told the Herald. “We don’t know the size of the hidden economy and that’s the point coming out … my view is that this sector is bigger than people realise, much bigger.

“Inland Revenue is now returning its focus on to this matter. With its new upgraded systems I think it has got better data matching abilities – they are now enhanced, so it can now go about this with a renewed vigour.”

“Because our GST is so comprehensive, I believe that policymakers, that means Inland Revenue, have been a little complacent about the extent of the cash economy.”

According to its annual report, for every $1 spent on efforts to crack down on the hidden economy, IRD received about $6 in return revenue last year.

“They targeted getting $4.59 [back] so they were 20 per cent above what they were expecting,” said Baucher said.

IRD research has found that the proportion of people participating in cash jobs was beginning to decline. In 2011, 34 per cent of people said they participated in cash jobs.

This is now down to 27 per cent, while just 16 per cent of people said they were now likely to ask for a cash price discount compared with 27 per cent previously.

About 49 per cent of people said cash jobs were acceptable, down from 72 per cent from 2011.

Baucher said IRD’s unannounced visits and raids to its assessed “high-risk businesses” would have a positive impact on tackling New Zealand’s hidden economy.

He said New Zealand could also follow Sweden by implementing a surcharge or similar for cash payments.

Inland Revenue customer segment leader for micro, Richard Philp, said there were 90 tax evasion prosecution cases before the court, and that IRD was making progress on the issue.

“The construction industry and the hospitality industry are two industries that typically represent a higher level of cash transactions, and particularly with the hospitality industry, there are small amounts one-by-one but collectively they can build up to be substantial amounts of cash suppressed and not declared annual GST returns,” Philp said.

The IRD first began focusing on a crackdown on cash payments in the hospitality industry about three years ago. Unannounced visits to businesses, however, are a new strategy the tax department is undertaking to clawback tax owed.

“Cash jobs undercut legitimate operators so our goal is not to prosecute everyone but to have enough examples and representation around our enforcement work that helps guide people to do the right thing.”