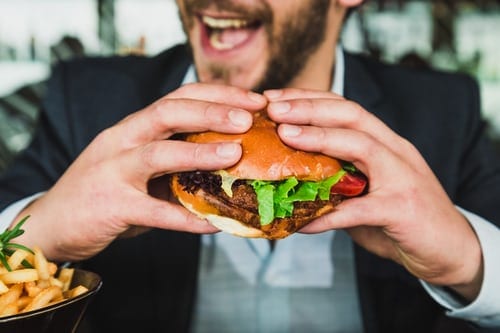 cryptoassetsNZ Tax
The Week In Tax · Cryptoassets under the spotlight in Australia & New Zealand, deductibility of meal expenses

Earlier this week, Parliament’s Finance and Expenditure Select Committee announced it was launching an enquiry into “the current and future nature impact and risks of cryptocurrencies.”

This is a very broad ranging enquiry, the terms of reference include enquiring into and establishing the nature and benefits of cryptocurrency, how they are created and traded, understanding the environmental impact of mining cryptocurrency (which is something increasingly in the news). Identify risks to users and traders of cryptocurrency, what risks cryptocurrencies pose to the monetary system and financial stability. The tax implications in New Zealand and how cryptocurrencies are used by criminal organisations. And to establish whether the means exist to regulate cryptocurrency either by sovereign states, central banks or multilateral cooperation.

Now this is part of a worldwide trend. Cryptoassets are now worth over a trillion dollars following a huge surge in value. Increasingly, governments around the world are looking at what’s going on in this space, particularly as cryptocurrencies are also linked to the ransomware attacks that we’ve been seeing, the most notable example in New Zealand being the Waikato DHB.

Over in Australia, the Australian Tax Office (the ATO) is concerned that many taxpayers are not meeting their obligations, thinking cryptocurrency gains are tax free or only taxable when the holdings are cashed back into Australian dollars. ATO data shows a dramatic increase in trading since the beginning of 2020. It now estimates there are over 600,000 taxpayers in Australia that have invested in cryptoassets.

The ATO has said that it is going to write to around 100,000 taxpayers with cryptoassets, explain their tax obligations and urge them to review their previously lodged returns. That’s quite a big project. It also expects to “prompt” almost 300,000 taxpayers as they lodge their June 2021 tax returns to report their cryptocurrency capital gains or losses. So the ATO has come out swinging.

Over here Inland Revenue has been consistently expanding the release of information on how it considers cryptoassets should be treated. And a couple of weeks back, it released its final versions of a couple of “Questions we’ve been asked” about the consequences of receiving cryptoassets from either a hard fork or an airdrop. These are QB 21/06 and QB 21/07.

QB 21/06 deals with the tax treatment of cryptoassets received from an airdrop. Briefly, it’s saying that receipt of such airdropped cryptoassets are taxable where the person has a cryptoassets business, acquired the cryptoassets as part of a profit-making undertaking or scheme, provided services to receive that airdrop and the cryptoassets are a payment for those services or receives air drops on a regular basis. But beyond these circumstances the airdrop is probably not taxable.

Now, just quickly, an airdrop is basically a distribution of tokens without compensation. What I understand, is that these are undertaken with the view of increasing awareness of a new token. It might also be done to increase the supply of cryptoassets in the market. The income tax treatment will very much depend on the nature and purpose and intent of the investor who receives them.

What happens when a person who received airdropped cryptoassets disposes of them? Well, it’s taxable if it’s part of a business or they provided services to receive them, or they acquired them with the purpose of disposing of them. But in some cases, the cryptoassets were possibly acquired by the investor who was just sitting on a particular cryptoasset and received an airdrop without providing any services for it. So that may not be taxable because can you say that the airdropped cryptoassets were acquired with a purpose of disposal?

QB 21/07 deals with the consequences of receiving cryptoassets from a hard fork. A hard fork, by the way, is generally defined as where the protocol code of the block chain has been changed to create a new version of the block chain outside the old version. You have a new token which operates under the rules of an amended protocol, whereas the original token continues to operate under the existing protocol. An example would be the July 2017 hard fork of Bitcoin which saw the creation of Bitcoin cash alongside Bitcoin.

In the wonderful terminology of the crypto world there’s also a software which updates the protocol but is intended to be adopted by all users on the network. And so no new coin is expected to be created. The example given here is the August 2017 SegWit fork to the Bitcoin protocol.

2017 is probably a century ago in the cryptoassets world as this is a space that’s moving very, very quickly. Hence why the Finance and Expenditure Committee wants to have a look at enquiry into what’s going on.

Now, generally speaking the principles are similar to that of QB 21/06.  So, if someone’s received cryptoassets following a hard fork, it’s taxable if they’re in a cryptoassets business or acquired the cryptoassets as part of a profit-making scheme or undertaking. In most other circumstances, the receipt is not taxable.

However, when cryptoassets received from a hard fork are disposed of, those will be taxable again, where the person has a cryptoassets business or acquired the cryptoassets as part of a profit-making undertaking a scheme or for the purpose of disposing of them.

As ever, there’s a lot going on in the cryptoassets space.  Inland Revenue is, like most other tax authorities, and the ATO is a good example, trying to keep up with the play here. It will be interesting just to see how matters develop.  Australia has a capital gains tax, so to borrow a line from Blondie “One way or another, they’re going to get you”. But here the rules are a little less clear. It’s actually good Inland Revenue is setting out rules, but the pace of change means that it’s probably sometime behind the eight ball.

GST on meal expenses for the self employed

Moving on, Inland Revenue released an Interpretation Statement IS 21/06 last week. This deals with the income tax and GST treatment of meal expenses incurred by self-employed persons.

Now, this is quite a substantial document, it actually runs to 37 pages, because what it also does is discuss the treatment of meal allowances paid to employees. It does so to illustrate the differences with the treatment of self-employed persons and also the treatment of entertainment expenditure.

The basic principle it is setting out is that in general, self-employed taxpayers cannot deduct meal expenses for income tax purposes. That is because they are treated as expenditure which is of a private nature. This is what they call the “private limitation” rule. Now, there are some certain limited circumstances where amounts expended on food could be deductible, such as where the requirements of the taxpayer’s business imposed extra meal costs such as a remote working location or unusual working hours.

The Interpretation Statement then goes on to explain there is a clear distinction between the treatment of self-employed taxpayers’ meal expenses compared with employees receiving meal allowances reimbursements while performing their duties. The latter is deductible expenditure to the employer and exempt income for the employee, not subject to FBT.  The Interpretation Statement suggests self-employed persons may decide to operate through a closely held company and they become an employee of the company. In which case the same treatment applies. The reason given for this distinction is the different legal arrangements existing around these situations.

In relation to GST, where meal expenses are either private or domestic in nature for income tax purposes and non-deductible, then no GST input tax can be claimed. This is because they are being used for private and domestic purposes and not for making taxable supplies.

This Interpretation Statement is not going to be terribly welcome for self-employed taxpayers. It’s interesting to see this come out, but I wonder whether Inland Revenue will actually be devoting considerable energy into its implementation. But the rules are there and there’s a very clear if harsh distinction drawn between the self-employed and employees receiving meals allowances from their employer.

IRD Wellington is working from home

And finally, Inland Revenue, or at least its central Wellington office is homeless. The head office of Inland Revenue is in the Asteron building in Featherston Street, Wellington.  About a thousand IR staff work there, mostly senior management, the policy and technical people and maybe some investigation staff.  It’s not one of the big call centres dealing with the general public.

Anyway IR has closed the office and sent staff home after a new seismic assessment put the Asteron building at a lower level of earthquake compliance than previously thought. This is quite a major disruption, but thanks to Covid-19, we’ve got used to working from home. Inland Revenue certainly, yesterday ran a meeting that was scheduled without any particular interruptions.

Tongue in cheek now, I wonder if Inland Revenue might now be prepared to consider the treatment of remediation expenses a little bit more generously. This is an unclear area.

The Asteron building was apparently the largest office building in in Wellington. So that’s a significant loss. Seven floors are closed and one thousand staff, which is 20 per cent of Inland Revenue are now working from home. That’s going to be very disruptive. I hope it’s resolved very quickly because although we’ve got used to working from home there are benefits from working together and people will miss their colleagues. So anyway, good luck to the Inland Revenue staff affected. I hope this is sorted out pretty quickly.

Well, that’s it for today. I’m Terry Baucher and you can find this podcast on my website www.baucher.tax or wherever you get your podcasts.  Thank you for listening and please send me your feedback and tell your friends and clients. Until next week ka kite āno!