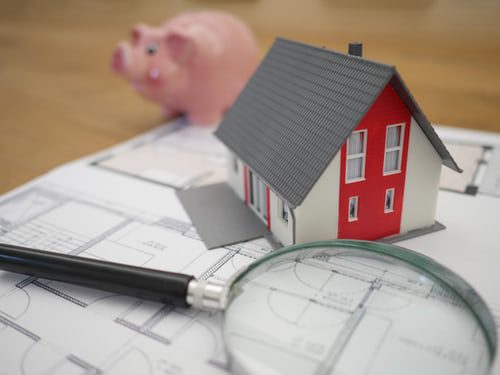 About 10 years ago, myself and a group of other tax agents were on our way to a meeting with the then Minister of Revenue Peter Dunne. On the way someone mentioned whether we ought to raise the question of the law of unintended consequences in relation to a tax issue. Another replied that he’d never heard of such a thing law. So, we decided we shouldn’t say anything about that particular point.

We get into the meeting with Minister Dunne. And lo and behold in the course of our discussion, he brings up the law of unintended consequences, at which point we had to pause the meeting and explain to the Minister why we’d all cracked up.

(Incidentally, during that meeting, we raised a matter I discussed last week, the inequitable taxation of ACC lump sums. That was an issue which was supposed to be looked at by officials, and 10 years on, I guess they’re still looking).

I recalled this because last week I also talked about the Greensill decision in Australia, and the implications for trustees of New Zealand trusts.  And on Monday, I got a new enquiry from a client where the impact of Greensill could come into play and it’s a classic example of the law of unintended consequences.

A mother had decided that she wanted all three of her children to be trustees of the family trust, and this change was made for good reasons in managing a family dynamic. Problem is, one of those children lives in Australia.  As I mentioned last week under Australian tax law, if any trustee of a trust is tax resident in Australia, the trust is deemed resident in Australia. That means the Greensill decision may apply, which basically says capital gains even if realised offshore and even if distributed to a non-resident, are subject to Australian tax at the top rate of 47%.

The implications are therefore potentially quite serious for this trust. Looking into it in more detail, the trust is deemed resident from the first day a trustee is a tax resident of Australia. The trustees will have to prepare and file Australian tax returns reporting the trust’s income as calculated for Australian tax purposes.

This is the impact of the Greensill decision which to recap involved a capital gain of A$58 million and was held to be taxable at 47%. What’s more, with Australian trusts, the rate for retained income is 47%, and this is further complicated by rules about which beneficiaries have what is termed “present entitlement” as at the date of balance date. So overall, this is potentially quite a serious issue if substantial capital gains been raised.

Now the logical response, you’d think is, “Aha, let’s get the trustee to resign” and once the trustee resigns, that ends the connection with Australia.  A logical move, except the Australian tax legislation has thought of that point. And what happens then is there’s a deemed disposal of the trust’s assets on the date of the resignation of the trustee (This is a feature of some jurisdictions with a capital gains tax).  In other words the Australian Tax Office, believes in Blondie’s maxim, “One way or another we’re going to get you”.

We are currently working through all these issues. This is a textbook case of whenever there’s a family trust and there is family overseas if you want one of the family to become a trustee, you have to put a big pause on that and get tax advice, particularly in relation to Australian residents.

I’ve seen some trustees who are living in the UK pop up on trusts. This is not quite as potentially catastrophic but it’s still problematic. There’s this dichotomy between New Zealand’s tax treatment, which based around the settlor and many other jurisdictions, which is based around the residence of the trustee. So, to repeat the key point, if you have any trustees that are tax resident overseas, you need to get tax advice.

Moving on, the second instance of unintended consequences this week involves family members such as parents, grandparents or trusts trying to help children or beneficiaries purchase property, the bank of Mum and Dad as it’s sometimes called. This has become incredibly more relevant as a by-product of the horrendous escalation in housing prices.

The issue that has to be watched out for is when the parents or whichever other entity is involved, a trust, for example, actually takes a direct ownership interest in the property to be acquired. At that point, whoever it is, is probably setting themselves up for some issues further down the track in relation to the bright-line test.

What is emerging in some cases is that families might say, right, well, “We’ll take a 25% interest in the property. And then as the equity and your income rises you can pay us back and gradually take over our interest”. So ultimately, the children or beneficiaries will own 100% of the property. The problem is the reduction in those minority interests in the property represent a disposal for income tax purposes and for the purposes of the bright-line test.

For example, let’s say parents co-owned a house with a child and the ownership structure was initially 50:50 between them, but change it to 75:25. In that case, there’s been change in the title in the ownership interest, and therefore there’s been a disposal by the parents of a 25% interest to their child. Therefore, this disposal would be subject to bright-line test. There would be no exemptions here because they’re not living in it and it’s not their main residence. Just bear in mind that even if that property was the main residence of the child, the parents having the interest would still have made a disposal for bright-line purposes.

There’s also a potential kicker for such a transaction if the property is sold or gifted below its market value within the bright-line period, the transaction is treated as having happened at market value. So, for example, if the market value of the property had increased from $500,000 to $1 million, then the parents reducing their interest would be taxed on whatever their share of that $1 million was, rather than what actual cash they might have received. So potentially there could be some very sticky tax bills arising.

Arguably, one potential way round this might be that the parents lend the money to the child and not take a direct ownership interest, but you know, horses for courses, individual circumstances will come into play.

So, you just have to be very careful and proceed with great care if you are taking a financial interest in your child’s property to help them on the ladder. Otherwise, it could be another example of unintended tax consequences.

And the third unintended consequences that we might see in tax relates to the recent announcements from the government about changes to working for families.

What the Government has done has announced increases to the amount payable. The family tax credit is going to be increased by $5 per child. And on average, families will be $20 a week better off. But, and there’s always a ‘but’ in this, what the Government has given with one hand it has quietly decided to take on the other by raising the abatement rate to 27%.

Now abatement is what happens when a family’s annual income exceeds $42,700 then working for families credits start to be abated. And what this means is that people on average incomes actually have the highest effective marginal tax rates in the country.

For example, a family earning $48,000, the point at which the tax rate moves from 17.5% to 30%, their effective marginal tax rate, once you add in the impact of abatement is 57%. In other words, for every dollar of extra income they earn, they will lose 30% in tax and 27% of their working for families tax credits

For family’s with income just over $70,000, the marginal tax rate rise to 60%. And if you’ve got a student loan, that’s another 12% on top of that. A person earning just above $48,000 with a student loan could be facing an effective marginal tax rate of 69%. This is the unintended consequences of the abatement rates. The theory is conceptually sound, but the problem is it traps people on low income and makes it very hard for them to break out of the need to receive social assistance.

This is one of these things that is consistently glossed over by politicians and has been one of those sneaky little tax increases that that previous finance minister Bill English did. Grant Robertson is just the latest to increase the abatement rate and so quietly claw back some of the assistance. The unintended consequence is that the step up makes it harder to get out of poverty.

There is meant to be a review of working for families going on at the moment, but that’s been paused. As we know, the Welfare Expert Advisory Group recommended significant increases in benefits and that report is now nearly over two years old.

To summarise this week’s lesson, tax is full of unintended consequences. Therefore, always proceed with caution if you’re making significant changes, such as appointing a trustee or wanting to co-invest with your children on a property purchase.

Well, that’s it for this week. I’m Terry Baucher and you can find this podcast on my website, www.baucher.tax or wherever you get your podcasts. Thank you for listening, and please send me your feedback and tell your friends and clients. Until next week, party week, have a great week and go the Black Caps.