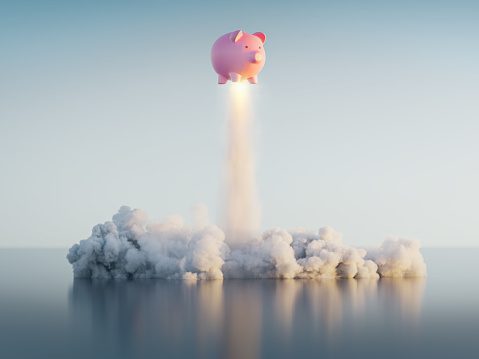 The Week In Tax · Improving the quality of tax legislation, concerns about increased powers of tax authorities & more

Earlier last week, more detail emerged about a report that had been commissioned by Inland Revenue into its legislative drafting process. Apparently, there is a full report which was released to Inland Revenue in June but has not been made public. Instead, a summary of the conclusions has been made public recently, and it’s the subject of some news reports.

The news reports sound much worse than the position actually is, but it is interesting to lift the hood, so to speak, and have a look at the very important process of turning policy intentions into legislation and how that works.

What Inland Revenue wanted to do was undertake a review of how it was doing on this basis, because one of the interesting things about Inland Revenue is that it gets to draft its own legislation. Normally, legislation is prepared by the Parliamentary Counsel Office, but with tax legislation Inland Revenue does the drafting, making it the only government department with that power. Inland Revenue is quite unusual because of how extensive its powers are, and obviously these are required, being the Government’s main revenue gathering agency. Even so, it has powers that tax authorities in other jurisdictions may not necessarily have.

So this report was commissioned two years ago to look into this particular power. Looking beyond the somewhat dramatic news reports about “scathing commentary” there are definitely some concerns to be addressed. One of which I would say would be perhaps a matter of resourcing. Apparently, according to this report, it appears there is one person called Sharon, who is responsible for administering a plain English review of the legislation before it is published.

The report, prepared by Graeme Smaill of Greenwood Roche Lawyers, summarises the three broad areas that it believes should be the focus of future efforts to improve Inland Revenue’s legislative process. Firstly, the use of existing and identification of further specific drafting tools to deliver legislation that is fit for purpose and accessible for those who need to use it.

Now, one of the things to keep in mind about legislation and how it’s drafted is that by and large, the legislation is drafted for general use. New Zealand, as part of its tax simplification policy adopted in the 80s, tries to avoid special regimes where possible.

But what this does mean is that sometimes it’s drafting legislation, such as the hybrid mismatch rules, which will affect a very small group of taxpayers, mainly large multinationals. But they apply across the board, which comes back to the theme of last week’s podcast. Unintended consequences may mean a small business in New Zealand exporting to Australia or setting up operations to export in Australia might find itself caught up in these rules totally inadvertently.

The financial arrangements rules, by the way, are probably another good example of how these unintended consequences can apply. They’re highly complex, and they were designed in the mid-80s to deal with large corporates and complex multi-million-dollar funding arrangements. But the rules now catch people with mortgages for overseas properties. I’m pretty certain that the drafters of the financial arrangements regime in the mid-80s didn’t really think that should be the case. So that’s a good point about appropriate tools and making it accessible.

The second broad area is “achieving higher skills for all those involved in the drafting unit and a team that produces collaborative and consistent results”. That is absolutely key. Inland Revenue is actually a very trusted body. People might not like paying tax, but on the whole, I think it’s an organisation that’s actually trusted to do its job fairly, even if people’s definition of fairness will vary. But broadly speaking, it is a respected organisation. But consistency is the key to Inland Revenue maintaining that trust. So making sure the legislation is consistent is very, very important.

Then finally, and this is a point where  a lot of work goes into this already,

“the development of legislation by a consultative process involving public policy analysts within Inland Revenue and other government departments and external stakeholders improved and aimed at improving the practical ability for the legislation to be understood and complied with.”

And one of the report’s criticisms is that there’s a lot of time spent on developing tax policy.  And then perhaps the legislation is not quite an afterthought but comes in at the end of the process and in some cases, not enough care has been taken with it so remedial legislation is required. This is something we see quite a bit. Every tax bill contains remedial legislation and that will always be the case. It’s basically continuous improvement. But the report was suggesting that we perhaps need to be looking more at getting the legislation more accurate first time

Looking through the whole summary report made available, there are nearly 40 recommendations across the board, so there’s a lot to go through. The Income Tax Act,  was rewritten substantially in the late 80s early 90s, as part of which it was organised into its current alphanumeric and subparts system which I have to say coming from the UK was revelatory. It was so much more coherent and better organised than what I had been used to grappling with.

And so putting things in context. yes, tax legislation could need improvement. For example, if you listen to The Panel there’s a very funny sequence yesterday where the panellists and Bridget Riley talk about this report and the use of semicolons and what do they mean. Does a semicolon mean “or” or  “and” because there can be a quite substantial difference in tax outcomes. https://www.rnz.co.nz/national/programmes/thepanel/audio/2018821093/the-panel-with-teuila-fuatai-and-jock-anderson-part-2

But by and large, New Zealand’s legislation is pretty understandable. I’ve had to grapple with the UK, Australian and sometimes US tax legislation and it holds up pretty well by comparison. But there’s always room for improvement.

But the creeping powers of tax authorities is a worldwide trend. A news report last week was about H.M. Revenue and Customs in the UK. It had been granted new powers for requesting information from financial institutions. The UK has made many of these requests subject to scrutiny by tribunals. However, HMRC can issue Financial Institution Notices, requesting financial information about a taxpayer from a third party without applying to a tribunal. And apparently reports are emerging now that HMRC has been using these notices much more widely than was ever intended.

And one of the concerns in the UK is no statutory right of appeal was granted against these notices. The only way a Financial Institution Notice could be challenged was through a judicial review court action. So UK practitioners are understandably quite concerned that HMRC appears to be more widely using powers, which were supposed to be used in a very limited basis.

And of course, down here, practitioners will watch this stuff and look around and see the same. We would have similar concerns about granting additional investigative powers to Inland Revenue. But coming back to our old friend unintended consequences, if these powers are used much more widely than was planned, how do we deal with that? That’s going to be an ongoing theme.

And broadly speaking, I think the general public is very, very unaware of just how extensive the Inland Revenue information gathering powers are and how much information is being shared with other Government agencies as well as other tax authorities throughout the world. And so there’s this dichotomy we want people to pay the right amount of tax, but then we’ve got to question the invasion of privacy. And it seems that in relation to this dichotomy the Data Commissioner up in the UK is lining up to challenge HMRC’s practices. So it’s another case of watch this space.

Our turn to add a bank profits tax?

And finally, an interesting idea from Gareth Vaughan and the enormous profits of the banks.

The latest combined annual net profit after tax for the big four banks was $5.493 billion. That’s 7% more on the previous record back in 2018. All the banks are making profits. Kiwibank was $126 million, SBS had a record profit of $41.1 million and The Co-operative Bank another record profit for it of $15.6 million.

And so Gareth raises a very good question. This wasn’t really what we were expecting to see when Covid-19 hit, when the concerns were about how the banking system would hold up, and whether there would be the liquidity to keep financing businesses. But instead, all those concerns seem to have fallen by the board and instead we’ve had a huge asset price boom, particularly in relation to property and we are now concerned with the fallout from that

And one of the things that came out of the response to Covid-19 was that the Government felt the need to introduce the Small Business Cashflow Loan Scheme, which as Gareth asks could this scheme not represent a market failure on the part of the banks? They’re not lending so much to businesses. ANZ, for example, has 70% of its total lending in housing.

So Gareth suggested what about imposing a one off Covid-19 tax on the banking sector? And his proposal is set at a percentage of individual bank’s profit and applied only to banks active in the housing market. Maybe the funds raised could then be used to help out small businesses in the sectors hardest hit by the pandemic, hospitality and tourism would obviously be the prime beneficiaries there. A 5% charge for the big four banks would raise $275 million.

It’s not quite as unusual as it might sound. [Australia has one.] Over in the UK it has a corporation tax surcharge on profits of its banking sector which is payable on top of the standard 19% Corporation Tax. The banking sector then pays a further eight percentage points on top. This has been in place since 2009 which is quite some time. There’s also, by the way, a separate bank levy to help build up an insurance fund so it can fund another bailout if required. Fortunately, we didn’t need that here.

But the idea that super profits are being made by banks and maybe an additional levy should be charged to address the unintended consequences of these profits or a perceived market failure is something perhaps worth considering. It would run counter to what I said earlier about how, generally speaking, New Zealand doesn’t have a lot of special tax regimes. It certainly would be an interesting challenge for the drafters of any such legislation.

Well, that’s it for this week. Next week my guest will be Professor Craig Elliffe of Auckland University and we’ll be talking about the recent international tax announcements including a proposed global minimum tax rate of 15% and what that might mean for New Zealand.

Until then, I’m Terry Baucher and you can find this podcast on my website www.baucher.tax or wherever you get your podcasts. Thank you for listening and please send me your feedback and tell your friends and clients. Until next week kia pai te wiki, have a great week!