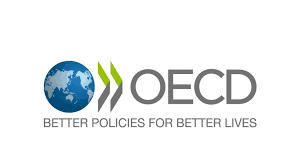 Earlier this week, Nicola Willis, National’s finance spokesman, released information she had obtained from Inland Revenue regarding the cost-of-living payments. Included in this information was the fact that some 6,629 payments were made to individuals with overseas mailing addresses. Now it is possible that some of those persons did actually meet the criteria of being tax resident and also physically present in New Zealand at the time of the payment, however it seems more likely most of those payments were made to ineligible recipients.

This data supports anecdotal evidence I’ve heard from other tax agents who have reported examples of non-resident clients receiving the payment. And the fact that a significant number of payments were made to apparently readily identifiable non-residents is concerning is concerning and points to a potentially systemic error.

Nicola Willis also asked a number of questions regarding ineligible recipients. According to written answers provided by the Minister of Revenue currently, Inland Revenue is not aware of any recipients who were either in prison or under the age of 18, which is a bit reassuring.

It also emerged that 49,300 payments were made to persons who only declared investment income. Now that’s an interesting statistic itself, but as an Inland Revenue spokesman noted, the eligibility conditions did not prohibit payments to such persons so long as they met the three key criteria of their income being under $70,000 are tax resident and are physically present in New Zealand at the time of payment.

In the wake of the fallout from the first payment cycle in August, Inland Revenue has tightened up its processes before the second wave of payments made at the start of this month. As a result, the number of people receiving cost-of-living payments dropped by about 54,000. These types of checks apparently included Inland Revenue screening and questioning people who accessed their myIR accounts from an overseas Internet address.

MyIR is likely to be an extremely useful tool for Inland Revenue for spotting potential discrepancies. I do know one case where they noted that some numerous changes had been made to a draft return before it was finalised and when the return was subsequently investigated it turned out that the changes had been aimed at maximizing the available foreign tax credits in excess of what was allowable.

In relation to the cost-of-living payments errors were inevitable given that they would be made to an estimated 2.1 million recipients. For me, the bigger issue here is whether Inland Revenue is properly resourced. It estimated it required between 750 and 1,000 staff to deliver the payments.  This is the equivalent of nearly 25% of its headcount of 4210 as of June 2021. The questions I’d be raising is why are so many additional staff required, particularly when you consider that Inland Revenue has just completed a $1.5 billion Business Transformation programme?

There’s also the question that there does seem to be a systemic error in relation to those payments made to individuals with overseas mailing addresses. In short, this is disappointing and shouldn’t really have happened. No doubt we’ll hear more about this as National is firing lots of questions on the matter at the Minister of Revenue, its MPs address on average somewhere between 80 and 100 written and oral to the Minister of Revenue each month.

Doomed, but an important point made

Moving on, last year I discussed a Taxation Review Authority (“the TRA”) case in which the taxpayer wanted assessments to be amended to reverse the effect of the over-taxation of a lump sum payment of $150,000 she had received from the Accident Compensation Corporation. This payment represented backdated compensation in respect of the previous compensation, which she should have received over the period April 2014 to September 2017. Instead, the back dated compensation was eventually paid as a single sum and subject to PAYE.

At the time, the taxpayer argued that this represented over-taxation as the payment should have been treated for tax purposes as having been derived on the accruals basis and spread over the income years to which the payment related. The Taxation Review Authority dismissed her challenge, but she has taken her case to the High Court who heard it late last month.

Her appeal was pretty much doomed from the start because currently there is no authority for the payment to be treated as she wishes, although conceptually I believe it’s a reasonable approach. And it transpired that it was a doomed appeal because the High Court declined to exercise its discretion to extend the time for her to file an appeal against the TRA decision.

But as I said, I think the point she is making is valid. Subsequent to the TRA case I obtained information from ACC under the Official Information Act about how many people had received backdated compensation.

And it turns out hundreds of people each year do receive such payments. I therefore took the matter up with Inland Revenue and Parliament’s Finance and Expenditure Committee. I understand that Inland Revenue officials are currently reviewing the treatment of lump sum payments made by ACC and the Ministry of Social Development with a view to reporting to ministers in the coming months. I’ll update you on any developments as they emerge, but that does sound hopeful.

Yesterday, the OECD released its annual publication on tax policy reforms. This provides comparative information on tax reforms across countries, and this edition focuses on the tax reforms that were introduced or announced during 2021. This 2022 edition has the largest country coverage in its history. It covers the tax policy reforms made in 71 member jurisdictions of the OECD/G20 inclusive framework on the Base Erosion and Profit Shifting on international tax reform and includes all 38 OECD countries.

The report (not available as a download) breaks down into four parts. The first looks at the macroeconomic background and includes an overview of developments in the global economy. Part two presents the latest trends in tax revenues and in the composition of taxes and also identifies how these were affected by the arrival of the pandemic in 2020. Part three provides detailed description of those tax reforms that were introduced in calendar year 2021. Part four is a special feature which examines measures countries have introduced in response to rising energy prices and also has some policy recommendations.

The key policy trends identified are that personal income taxes and Social Security contributions reduced in most countries, as policymakers tried to boost economic growth and promote equity. That said, changes in personal income tax rates were less common than in previous years. Measures were targeted towards low- and middle-income households, particularly those with children aimed at promoting employment and providing in-work benefits.

Corporate income tax rates were cut in four countries. And the general convergence of corporate income tax rates across the countries continues. However, the big development last year was the agreement of 137 jurisdictions to the Two Pillar solution to reform international tax rules. Now, that seems to be stalling at the moment, but still, as I said, represents a major development.

With regard to VAT (Value Added Tax or GST), not many changes happened last year other than the reversal of most of the temporary VAT reductions introduced in the wake of the pandemic in 2020.

In the field of environment related taxes, the OECD report some progress, but at a slower pace than previously. The effect of carbon prices remains low overall because of the temporary cuts to energy taxes that started to come in with effect towards the end of 2021.

In relation to property taxes there were some measures introduced promoting progressivity and fairness. These predominantly involved tax rises either through increases in tax rates or base broadening measures. The bright-line test being extended from 5 to 10 years last year is one such example of that. The report points out that such measures are often trying to promote the efficient use of existing housing stock as well as greater fairness of property taxation, a long running theme of this podcast.

Part Four on the support measures introduced by governments to try and protect households and firms from the impacts of high energy prices is interesting reading. Here in Aoteaora New Zealand, the major energy issue has been the impact of petrol prices. Fortunately, because of our high renewable sector, we’ve been somewhat shielded from the impact of higher energy prices. But if you’ve seen reports coming out of Europe and Britain in particular, you will know that some horrific energy price rises are either on the horizon or are happening right now.

The OECD report recommends a shift towards more targeted measures aimed at helping those on lower incomes. This “may require improvements to existing transfer and social welfare systems.” So as often with a lot of the stuff we see coming out of the OECD it’s very interesting to see international trends and consider those in a New Zealand context.