skip to Main Content
International taxNZ TaxTax administration
The Week In Tax · A look ahead at the coming year in tax, Omicron, international tax & what next for IRD

2022 is only four weeks old, but as was the case last year and in 2020, COVID-19, this time in the form of the Omicron variant, will dominate the news and fiscal policy.

Tax responses to the pandemic

What exactly the Government’s fiscal response to Omicron will be is not yet clear. There’s no mention so far of a new round of Resurgence Support Payments or a general wage subsidy. And now, since we’ve moved into the red traffic light setting as of midnight on 23rd January, there’s concern many employees will soon be unable to work because they’re either sick or self-isolating from Omicron.

The Leave Support Scheme is paid at a rate of $600 a week for full time workers, those doing more than 20 hours a week, and $359 a week for part time workers, i.e. less than 20 hours a week. The rules around these payments are set out in the Covid-19 guidelines, and for the moment, that’s all that’s available. And by the way, both payments are administered by the Ministry of Social Development and will be made regardless of the financial position of the employer.

Industries such as hospitality, tourism and the performing arts sector have all been hit hard and will be affected by the move to the red traffic light system. But at present, nothing in the form of an updated Resurgence Support Payment or something new has been mentioned.

Any response to this issue is clearly a matter of politics although it will have a fiscal impact. Bernard Hickey, the economic commentator and journalist, has put together an analysis of the impact of the Covid-19 support to date and who has benefited from that, and the numbers are quite eye watering. In his daily newsletter, he says that the government’s interventions to print $58 billion through the Reserve Bank and give $20 billion in cash to business owners helped make owners of homes and businesses $952 billion richer since December 2019. This is one of the greatest transfers of wealth New Zealand has ever seen. It’s also highlighted the pressure on those at the other end of the scale. The poorest New Zealanders now owe $400 million more to MSD and need twice as many food parcels as they did before Covid-19.

Now as I said most of this is political, and we’ll see if the optics of such huge changes will affect how the next form of fiscal support will be designed. Will it be as generous, or, as many people have said, should the funds be going directly to employees and those infected rather than through their employer? 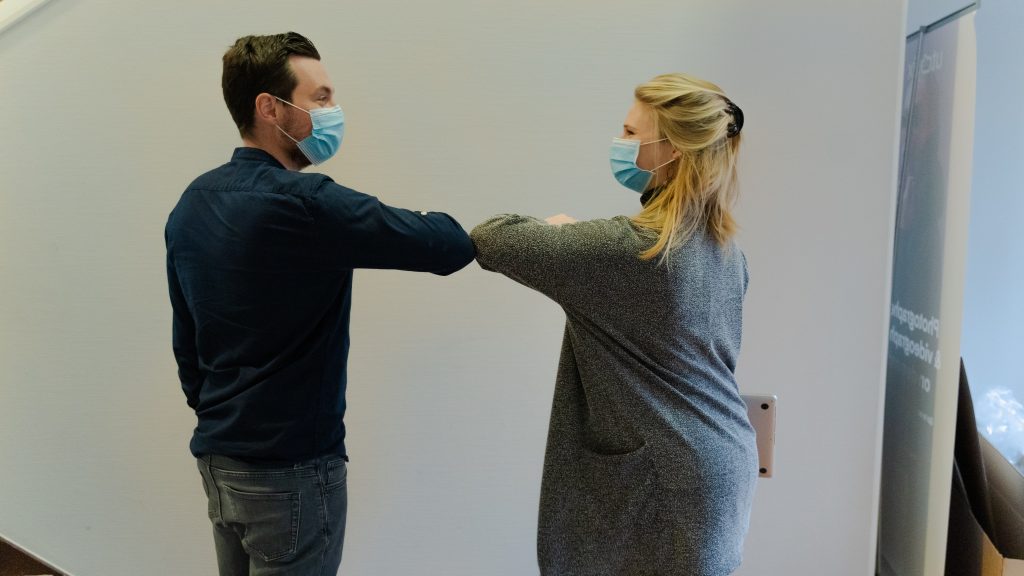 More importantly, the never-ending issue of the question of the taxation of capital will re-emerge on this. We’ve already had discussions with one or two other people in the policy space around what we think could be happening in the year ahead and the question of inequality and taxation of capital has popped up again. Although it seems incredible to think the last election wasn’t so long ago, there’s an election next year, and I imagine there would start to be some jockeying around positioning for that.

So Omicron and Covid-19 and God forbid, any further variants, will play out on the economy. What type of support the Government gives and how it funds it will have tax implications. It might be, for example, the Government might have a look again at whether it allows the carry back of tax losses. They were going to push ahead with, a permanent scheme, but dropped it for fiscal costs. They may have a think again because the fiscal cost might not be so great as expected or feared, and can actually be concentrated on sectors which are getting hit hard anyway. So that’s something to look out for.  So, watch this space and we’ll bring you news of developments throughout this year as they happen.

The next area I think we will see, and again repeating a theme from last year, will international tax reform and following through with the implementation of the agreement on the taxation of the largest multinationals and the digital tech giants. This year the detail of that agreement is to be worked out. The OECD released last week the transfer pricing guidelines for multinational enterprises and tax administrations for 2022.

140 odd jurisdictions have committed to the reforms of digital taxation and will be working on making sure that it meets these pretty ambitious deadline to be in place by the end of the year, so we’ll see a string of developments in that field.

How our tax system is run

And finally, on the domestic front, the issue which I think will dominate is what next for Inland Revenue now it’s completed its Business Transformation? Basically this is about how the tax system is run. Now, this may sound like a dry topic, but there’s already been quite a bit of manoeuvring around what is the future of tax administration.

On this, I would recommend reading a paper prepared by Business New Zealand in conjunction with tax experts (some of whom included members of the Tax Working Group, such as Robin Oliver) on the future of tax administration. I understand sometime soon we’ll see a Government Green Paper on tax administration, which would explore what tax administration could look like in future and how to make best use of Inland Revenue’s completed Business Transformation project.

What Business New Zealand and its working group have done, is put together a roadmap including a series of revised tax principles applicable for tax administration. This is talking about the delivery of tax policy and administration, not about actual tax policy settings, per se.

One of the things that’s stands out from this paper is that Business New Zealand, and from my initial discussions with Inland Revenue on the topic, see Inland Revenue moving more to focus on system management and partnering and assisting a wide range of participants in the tax system other than taxpayers themselves. This is a bit of a change in the whole approach. Inland Revenue is no longer adopted a top down “It’s my way or the highway” around how tax is administered and delivered.

The paper sets out seven tax administration principles. Firstly, “The purpose of ongoing reform is to reduce the risks and costs for all participants in the tax system and improve national wellbeing”. Nothing too controversial about that, totally agree.

Secondly, “The tax system is built to assist those who voluntarily comply, with robust enforcement for those who do not.”

I wholeheartedly agree with that. Voluntary compliance is undermined if Inland Revenue does not throw the book at those who are not complying.

One of the issues raised in this paper and which has been picked up in other papers on tax administration I’ve seen from around the world, is that sometimes this means tax authorities have to take an approach to a particular sector or area of enforcement where it might not necessarily see there’s a lot of money in it for them. For example, the fringe benefit tax issue around the infamous twin cab Ute. Inland Revenue has said, “Well, yeah, we think there’s an issue there, but we don’t know whether it’s worth our while”. Under this tax administration principle, it’s, “No, you really do need to look at that, there are wider integrity issues as to why you should do so”.

Three. “Everyone understands their rights and obligations through clear, unambiguous legislation and guidance.”

Very strong support of that principle. And as we talked about last year, one of the pressures that’s coming into the tax system is we’re getting less clear legislation and guidance. This is because the Government is doing things a little bit ad hoc as it responds to pressures, inevitable pressures sometimes, but the tax policy process has not been as robust as it could have been.

And there are two obvious example to talk about here. Firstly, the interest deduction rules and secondly, the proposals to ask high wealth individuals to provide more details about their assets and how they’re held. Both those policies have been done one would argue, a little bit on the hoof, and this certainly caused pushback as a result.

Following through on this, the fourth principle is “Tax rules are designed and administered in a way which reduces compliance and administration costs.” And again, everyone can get behind this. Business NZ paper points out this is something that’s actually much more important for small businesses and microbusinesses where the costs fall heaviest on them, and often they don’t have the tools in terms of the resources to manage their tax liabilities.

The fifth principle is “Tax policy proposals are critically evaluated against the ability to automate outcomes.” Very straightforward. No issues there.

Sixthly, “A well-functioning tax system recognises the role and importance of intermediaries.” Now, regular listeners of the podcast will know that sometimes as tax agents, we felt unhappy about how Inland Revenue had interacted with us and about how the Business Transformation process was implemented.

And what this paper points out is intermediaries such as tax agents and other software designers are incredibly important to the tax system going forward. To be fair to Inland Revenue, that seems to be also coming through on what I’m hearing from them. A very important change there and a welcome one, too.

And finally, “Taxpayers and intermediaries are held responsible only for matters within their knowledge or control.” This is a fair point setting some boundaries so that taxpayers are not held accountable for errors beyond their control or knowledge.  This might happen because sometimes information wasn’t available or can never be made available to a taxpayer or an intermediary. At present the tax system can come down hard on the reporting person because they should have known, when in fact they may not have done or could not have done.

The paper suggests for example that Inland Revenue which has better knowledge should be responsible for advising taxpayers and intermediaries of incorrect tax rates and tax codes.  So this is an issue of increasing fairness in the tax system.

Now I understand that Inland Revenue is going to produce a Green Paper for discussion and is considering holding a symposium later this year to discuss these matters. Although it sounds like an arcane topic it’s certainly, going to be quite an important issue for the year going forward. And as always, we will bring you developments as they happen.

Well, that’s it for this week. I’m Terry Baucher and you can find this podcast on my website www.baucher.tax or wherever you get your podcasts. Thank you for listening and send me your feedback and tell your friends and clients. Until next time, kia pai te wiki, have a great week.