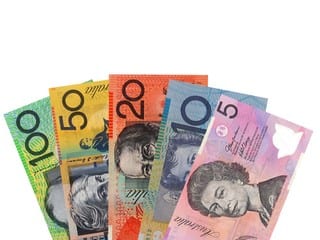 Tuesday’s Australian Budget was no exception. As Bernard Hickey pointed out supposedly conservatives the Liberal-National coalition government unveiled a AU$107 billion deficit spending plan for 2021/22 and expects to run deficits for the rest of the decade, building up a debt load of AU$1 trillion by 2024/25 or around 50% of GDP. This is at a time when the Labour Government here is concerned about a net debt to GDP ratio of 32% and has picked a fight with the public sector in the name of restraint. We live in strange times.

Other than splashing a lot of cash, the Australian Budget had a number of tax initiatives which would be viewed with envy from this side of the Tasman.

For starters, they included an additional AU$7.8 billion in tax cuts by retaining the low and middle income tax offset, and that’s been extended for another year. Now, remember, our personal tax thresholds have not been changed since 1st of October 2008. And the tax rates themselves haven’t been changed, with the exception of the new 39% rate, since 1st October 2010.

There’s something else which is a bit of a worldwide trend called a patent box regime, which taxes income derived from Australian medical and biotech patents at 17% effective concessional corporate tax rate. The ordinary corporate tax rate in Australia is 30% (or 25% cent for SMEs). This new regime, which will start from 1st July 2022, is intended to encourage businesses to undertake the research and development in Australia and keep patents in Australia. And Australia is now one of over 20 countries, including the UK and France with this sort of regime,

There’s changes to employee share schemes and a Digital Tax Gains Tax Offset to promote the growth of the digital games development industry in Australia. And if you think gaming has little value, think again. The Kumeu based gaming company Ninja Kiwi was recently sold for over NZ$200 million.

However, probably the most significant change from a New Zealand perspective and one which will impact people here is the change in the tax residency tests.

From 1st July the primary test for individuals will be what is described as a simple bright-line test. A person who is physically present in Australia for 183 days or more in any tax year will be an Australian tax resident. Now, if the individual doesn’t meet that primary test, there’s a number of secondary tests that will depend on a combination of physical presence and what are described as a measurable, objective criteria.

As I said, this rule applies from 1st July, and so people who are making regular and frequent trips to Australia will need to keep in mind the impact of the new rules. Furthermore, the Australian Government is going to consult on expanding the newly revised residency test for corporates to include trusts and corporate limited partnerships. There’ll be consultation going forward on that. Watch this space.

So, a lot to unpick there and frankly, a lot more interesting than what I expect to see in next week’s New Zealand Budget. The key thing is I noted for New Zealanders is the residency test. So start tracking your days carefully and if in any doubt see an expert. It’s arguable that the terms of the double tax agreement between Australia and New Zealand may get you out of Australian tax residency because of what we call a tie break provisions which take you back to New Zealand. But still, there could be a few pitfalls in there which can be avoided with proper consideration.

Moving on, as everyone is aware, the top income tax rate increased to 39%  for income over $180,000 with effect from 1st April 2021. An article in Stuff on Wednesday pointed out that a number of people were getting quite concerned about the impact of this on disposals of what may be capital gains – investment properties in particular – because we have a new Bright-line test as well, extended to 10 years.

Currently the position is, income or gains that arise from the sale of a property subject to the bright-line test is added to a person’s annual income and taxed at the marginal rate. That’s the rule New Zealand has always applied. And if you recall when John Cantin and I discussed whether in fact that was perhaps appropriate for taxing lump sums. The view of Inland Revenue was, as John summarised it, if there was no tax paid during the time the gains were accruing, it seems only fair to apply the rate at the time of disposal.

But 39% is, as the article pointed out, high by world standards. But there’s a trend in the world now to look at that issue. And this is something I discussed on The Panel on Wednesday with Wallace Chapman on Radio New Zealand.

Although 39% is high by world standards, it’s not entirely exceptional. Countries are now starting to look at the question of capital taxation, and they’re also looking at the very obvious move – if you have a differential tax rate for capital gains, then the temptation is for high income earners to have income treated as capital and subject to a lower CGT rate.

And the Office of Tax Simplification in the UK looked at this in November and produced a report. It suggested to the UK government that they might want to look at changing the tax rates there where the top rate for residential property is 28%, whereas the income tax rate is 45%. But one of the things that caught my eye in the OTS report was the extent to which very large amounts of tax on capital gains are paid by a relatively small amount of people.

The OTS noted that UK£8.3 billion of capital gains tax was paid by 265,000 people in the year to April 2018. That meant their average liability was UK£32,000. By comparison, for income tax purposes, 32 million people paid UK£180 billion, which meant an average liability of UK£5,800. So, in other words, there’s a lot of concentrated wealth going on there. So the OTS said that maybe we want to look at that.

And US President Joe Biden has said the capital gains tax rate that applies for people earning more than US$1 million should be the top personal tax rate of 39%.

Now, coincidentally, or while this is going on, the OECD released a paper on inheritance taxation in the OECD countries. Its summary was that countries should be looking at inheritance tax, estate and gift taxes in general, as having the potential to play a role in the current context of recovering finances in the wake of covid. It also points out that wealth inequality is high and inheritances are unequally distributed across households.

Now, what really stood out in this OECD report was,

which would almost be as if the OECD were looking at New Zealand and saying, “Yeah, we are talking about you.” Because we don’t have a comprehensive capital gains tax, we don’t have estate taxes, we don’t have gift duties, and we don’t have stamp duties. The absence of any one of those make us unusual in world terms.

So plenty to consider in that. We won’t see any of this coming through from our Government. But I do wonder, watching the world, whether the trends that are developing there around the taxation of capital will emerge here. The OECD report really goes into how much concentrated wealth there is and the issues around that. It is saying, for example the wealthiest 10% of households own half of all household wealth on average across 27 OECD countries for which data were available.

And the wealthiest one percent, own 18% of household wealth on average. Financial wealth is particularly concentrated. The wealthiest 20% of households may own half of all real estate wealth, but they own nearly 80% of all financial wealth. So there’s a lot going on overseas looking at issues which we’re not immune to down here.

Although we’ve had the Tax Working Group report, I thought that the question of wealth taxation was something that was largely sidestepped. Obviously, they went with a capital gains tax proposal which was knocked out. And by the way, to circle back to the question of the tax rate that applies. One of the results if the capital gains tax proposal by the Tax Working Group had been implemented, by broadening the tax base it would have enabled the tax rate to stay at a 33% level.

And talking about tax rates elsewhere, there’s still a debate going on around international minimum corporate tax rate and progress appears to be being made on this. But one commentator has suggested that ultimately the rate that will be chosen for this minimum tax is probably going to settle very close to the Irish corporation tax rate of 12.5%. They’ve had it for decades now. And it’s why the Irish are pushing back very strongly against suggestions that this minimum tax should be 21%.

So the author somewhat cynically said, well, if we’ve got to go with a minimum tax threshold, then really, when you think about it, you’re looking at the Irish tax rate. He noted that the Treasury officials in America, when they were reporting on this to Congress, started talking in terms of a minimum tax. And he saw that as pointing to that they really were thinking in terms of a lower tax rate than initially suggested. Anyway, that’s going to be a matter of debate, but progress is being made on this point. So it could be by the end of the year, some form of minimum global corporate tax rate has been set and if it is around 12.5%, don’t be too surprised.

Well, that’s it for this week. Next week is the Budget and so we will have a special on that. In the meantime, I’m Terry Baucher and you can find this podcast on my website www.baucher.tax or wherever you get your podcasts. Thank you for listening and please send me your feedback and tell your friends and clients. 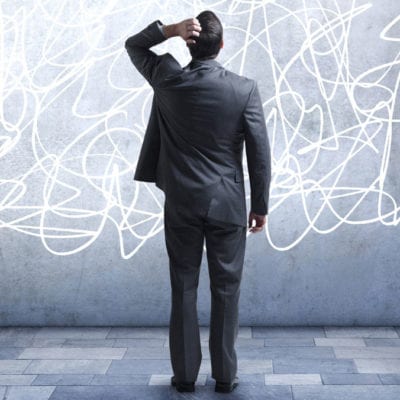 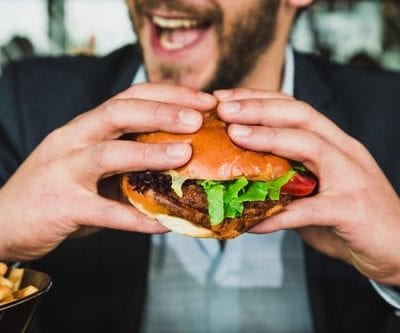