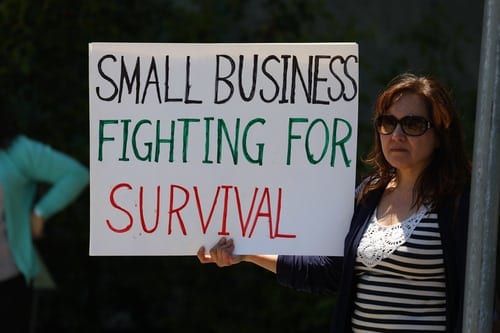 November 30, 2020 Judith Merriott The Week in Tax
The Week In Tax · New Minister of Revenue on digital services taxes, could the bright-line test be extended?
Transcript

The new Minister of Revenue, David Parker, made his first public speech in his role last week at the Chartered Accountants Australia and New Zealand Tax Conference. The speech introduced himself, gave a bit of his background in business and in government. He then outlined the Government’s expectations over what is to happen over the next three years.

And in talking about the Government’s priorities over the short term he mentioned that one of the first items of business for the Cabinet, was making improvements to the Small Business Cashflow Scheme so it continues to provide ongoing support.

Now, the latest is that close to 100,000 businesses have taken out loans with total lending of $1.6 billion. So, it’s been a huge success. I’m a big fan of the scheme which fills a hole we identified on the Small Business Council.

The new measures approved by Cabinet: extending the scheme for three years, increasing the interest free period from one year to two, and broadening how the loans may be applied, such as for capital items are estimated to result in additional lending of about $130 million for small businesses.

What the Minister has also asked for is further advice on changes to the scheme that will allow more businesses to benefit from it, including adjusting the eligibility criteria for the loan

On the tax side of matters the Minister confirmed that the Government will progress the promised new top personal tax rate of 39% on income over $180,000. And that new top personal rate will apply from 1st April 2021. The plan is to have it legislated and in place before the end of this year.

Minister Parker then said “the new 39% rate will need to be supported with integrity measures to address issues like people sheltering income in trusts to avoid the top tax rate. I’m receiving advice from officials on the necessary integrity measures.” So that’s a coded warning that although they haven’t increased the trust tax rate from 33% to 39%, it’s clearly something they may well consider.

And there’ll be other matters in hand to support the new rate which obviously, we’ll have to wait and see. These potential measures are something I would like the Government and Inland Revenue be very transparent about because the situation that developed the last time the tax rate was at 39% was only finally resolved by the Penny Hooper case. I think this is unsatisfactory because it creates uncertainty about the boundaries of acceptable tax planning.

Our preference continues to be an OECD led multilateral solution rather than a proliferation of digital services taxes. However, success at the OECD is not guaranteed and has been blocked for some time. We are seriously considering implementing a DST in the event the OECD project fails to reach agreement within a reasonable timeframe.

And in talking about this, he referenced the fact that local New Zealand companies “deserve a level playing field when doing business. We don’t want to force New Zealand competitors into dodgier tax minimisation strategies to compete”. So the Minister is pointing the finger very firmly at the digital giants and their ability under present rules to order their affairs where they pay little or no tax in New Zealand which, as he put it,  “This is a legal fiction that is divorced from modern reality and needs to be fixed”. So I think we can expect to see more action in this regard from the Minister of Revenue and Inland Revenue.

The Minister finished his speech with a line which I’m pretty certain was written by the Honourable Deborah Russell MP, who’s a big Star Trek fan:  “Let’s all crack on with it so our people can live long and prosper even in the midst of a global pandemic.” Indeed.

Moving on, one of the matters that wasn’t mentioned by the Minister in his speech directly, but has been boiling over this week has been the question of taxing capital gains and the role of tax in dealing with the housing crisis and house prices.

The Minister of Finance has said that he has already requested Treasury to explore the options about extending the bright-line test. In the exchange of letters between the Minister of Finance and the Reserve Bank Governor, Adrian Orr, the Reserve Bank Governor, pointed out he would be happy to talk about fiscal measures, which would include tax changes.

This, of course, has prompted a lot of speculation about what’s happening. And the ACT party then went straight out and said, is the Government looking to bring in a capital gains tax by stealth?

Of course, the Prime Minister last year ruled out a capital gains tax on her watch. The thing is, though, the bright-line test is already in existence, so it’s hardly it would be a new tax to extend its scope. That happens with taxes all the time. And yes, it would also be bending the position a little bit.

But it’s also worth pointing out that the bright-line test is actually a fallback test. It applies if none of the other taxing provisions apply. And this brings us to a provision which if I was a rather devious Inland Revenue official, I’d be closely looking at applying. And this is Section CB14 of the Income Tax Act.

Now, under Section CB14, where a person sells land within 10 years of acquisition, any gains from that sale that are not taxed under other provisions and this would include the bright-line test will be taxable if at least 20% of the gain results from one or more factors that occurred after the land was acquired. Those factors include a change or a likelihood of change in the operative district plan.

Section CB14 almost certainly applies to properties which are rezoned for higher density or may have been brought into the special housing areas if you remember those.  It’s a little applied provision. And in fact, the Tax Working Group recommended that it be repealed but it’s still on the books.

It has a couple of stings in its tail. It applies, as I mentioned, for land sold within 10 years of acquisition. But if you occupied it as a residential home, normally under the Income Tax Act, you will be fine. However, in this particular provision, the sale is not exempt unless the purchaser acquires it for residential purposes. So that means if someone whose house may have gained value because of a zoning change, such as the Auckland Unitary Plan, sells it to a developer or, and this is the tricky part, you actually decide to move on and sell it to a trust or another entity, such as a look through company, for example, to rent out the property, that sale/ transfer will be taxed under this provision. There’s a deduction of 10% of the gain allowed for each year of ownership.

Now, what this provision points out and what the ongoing debate around, what do we do about taxing wealth (you may recall the Deutsche Bank report I mentioned last week), is that our current rules are all over the place. We have very specific rules, such as the Foreign Investment Fund regime, which apply. But then in relation to land transactions, we have a series of rules that apply, mostly for disposals within 10 years, but in other cases indefinitely if there is an intent to purchase for a purpose of disposal.

And so, one of the arguments in favour of a capital gains tax is actually Simplification, believe it or not, because of these overlapping rules. Picking your way through these is a minefield with plenty of traps where I and other accountants get plenty of work when people misunderstood the implications of the bright-line test and other land taxing provisions.

So, I’ve never bought the argument that capital gains taxes are too complex.  All taxes have a certain level of detail. But capital gains tax basic principle, you buy something which you sell and you’re taxed on the difference is fundamentally easier for people to grasp than, say, trying to explain the operation of the Foreign Investment Fund rules. But the politics are what they are. So a capital gains tax is probably not going to happen.

But I think we will see Inland Revenue making extensive use of provisions such as CB 14 to pick up transactions that have not previously been taxed. And we know they’re going through all transactions where a transfer has happened within five years, the bright-line period, where there is no obvious answer that it’s been a residential property sale to a new home-owner.

So watch this space there’s going to be plenty of activity from Inland Revenue in that area and the debate will continue to rage. I think the Government will find it has to make a movement on this space. It’s also worth remembering that the bright-line test was introduced in response to housing pressures and was introduced by a National government. So there is, in theory, a possibility of cross party support for a measure. It probably won’t happen, politics being politics.

But as I said, I think the dam is under increasing pressure and will break unless something is done to relieve the pressure of expectations of younger generations who are presently locked out of the housing market.

The key thing is, you got to have the supporting relevant documents, bank statements, tax issues, tax invoices issued and copies of contracts, and you’ll need to explain what was going on with your taxable activity and why your registration wasn’t filed sooner.

The fact Inland Revenue has drawn attention to this issue means that obviously it’s been receiving a few such applications or they’re looking at situations where people probably should have been registered for GST sooner.

Well, that’s it for this week. Next week, I’m going to be joined by Rod Spicer from Accountancy Insurance. We’ll be talking about the role of insurance in handling Inland Revenue audits and what Inland Revenue activity they are now seeing.

Until then, I’m Terry Baucher, and you can find this podcast on my website www.baucher.tax  or wherever you get your podcasts. Thank you for listening and please send me your feedback and tell your friends and clients.  Until next week, ka kite āno. 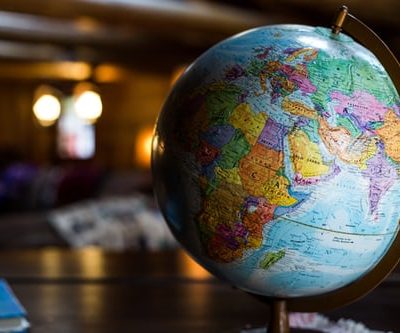 Today I talk to Craig Elliffe, Professor of Law at the University of Auckland, to discuss recently announced agreements on international taxation. 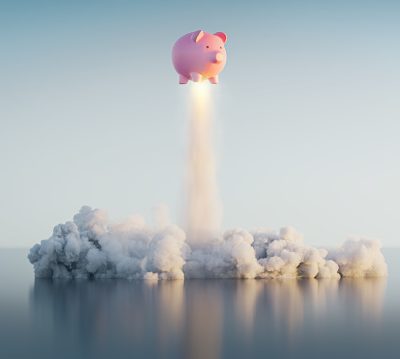 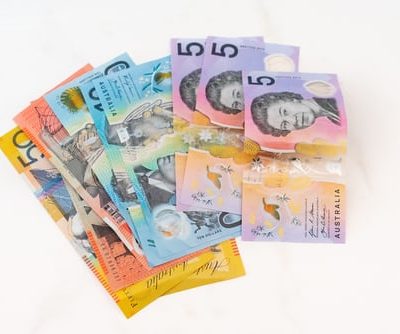 Tax and the law of unintended consequences – how perfectly rational decisions over appointment of a trustee or helping children purchase a house can have some very severe and unintended tax consequences.

Today I talk to Craig Elliffe, Professor of Law at the University of Auckland, to discuss recently announced agreements on international taxation. November 29th, 2021
What Inland Revenue needs to do to improve the quality of tax legislation November 22nd, 2021
Tax and the law of unintended consequences – how perfectly rational decisions over appointment of a trustee or helping children purchase a house can have some very severe and unintended tax consequences. November 15th, 2021
We focus on trusts, in particular the new reporting requirements for trusts and a concerning court decision from Australia. November 8th, 2021
The latest Covid-19 updates November 1st, 2021
A closer look at the new bright-line test rollover relief provisions October 26th, 2021