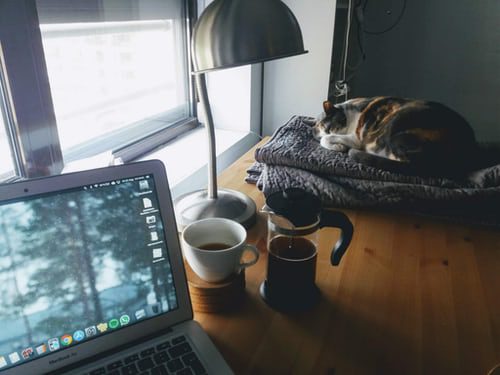 A couple of weeks ago, I reported that the Inland Revenue main office in Wellington had been closed and the staff were working from home as a result of a potential earthquake risk which had been identified.

There’s still no timeline as to when Inland Revenue staff, almost over a thousand of them, will be able to return to the office. In the meantime, they’re working from home. And the question has now popped up “Well, how about a bit of reimbursement for extra costs like heating and broadband?”

Now, apparently, Inland Revenue response has been “You’re saving money by working from home. You don’t have to pay for commuting, lunches and all the rest”. But the Public Sector Association is saying, “They have to work from home through no fault of their own.” And maybe it’s time that Inland Revenue recognised that and reimbursed them for it.

One Inland Revenue staff member has noted the argument that he was saving money on commuting costs doesn’t wash, because as he put it, “the five dollars a day I spend travelling in and out of work has never been deemed by Inland Revenue as a work-related expense. It’s a personal expense and it’s not claimable.”

Now, what this points to is a grey area which requires a mix of better tax policy which lays out some better guidelines and perhaps employers as well coming to the party. The position is, as I set out last year, when this whole thing became very, very relevant when we were all working from home during the first lockdown, is that employees cannot claim a deduction for home office expenses. They are meant to be reimbursed reasonable costs by their employer. This apparently seems not to be happening generally and it seems Inland Revenue is also reluctant to do this.

There was a determination issued during last year which covered the pandemic, which said that an employer could pay an allowance to an employee working from home that covers general expenditure and up to $15 per week would represent as exempt income. But $15 a week is pretty low with broadband costs and heating costs.

So the question was raised back then and it’s now back on the agenda again in a slightly more ironical context that we perhaps need to be setting out better guidelines. It occurs to me, for example, in the film industry, I understand per diems have been agreed of around $50 per day for contractors working in the film industry. And that’s taken to be a reasonable estimate of the costs they would have incurred.

The position I’m coming to here is Inland Revenue perhaps needs to grasp the nettle and issue more determinations which are more generous in scope and make it clear that for employers who pay these allowances, the extra allowances will be deductible, and the expenses will be non-assessable for employees.

Working from home does shift some of the costs to the employee. And I think it’s only fair that they get reasonably reimbursed. The legislation is in place, but I think it seems clear that the correct practise isn’t always understood and followed by employers. So maybe setting out new actual monetary limits would be a better approach going forward, even if Inland Revenue seems rather reluctant to do that.

Everyone is looking at cryptoasset taxes

Moving on there is increasing scrutiny of the cryptoasset world, and it’s tied into tax authorities wanting to get a better understanding of people’s assets, plus suspicion that people are using virtual assets to evade tax and also that cryptoassets are part of illegal activities and money laundering.

So as part of that, earlier this week, the United Kingdom Treasury announced a proposal that will require any virtual asset transfer of above £1,000 to be accompanied by detailed personal information of both the originator and the beneficiary.

Anyway, this is another sign of the increasing attention that tax authorities and authorities generally are paying to virtual cryptoassets.

Over in the United States the Internal Revenue Service, in conjunction with the New York State U.S. attorney’s office, has been briefing experts on the latest U.S. government enforcement efforts related to virtual currencies and cryptoassets.

As of April 2021, the IRS has joined its civil and criminal cryptocurrency units through Operation Hidden Treasure. Its Fraud Enforcement Office and Criminal Investigation Units are working with international law enforcement and crypto industry experts to root out tax evasion. And apparently, these include something called John Doe summonses, which sounds pretty sinister, and no doubt will pop up on some American TV show in due course and be explained to us.

The US Federal tax returns, Form 1040, now includes a question on virtual currency income, and it’s actually at the top of the form. That’s deliberately designed in order to make it easier to prove the knowledge and willfulness element for criminal cases in this matter.

So what we’re seeing is a trend all around the world of really amping up the scrutiny of cryptoassets. It’s a fast-moving field and the tax treatment isn’t always as clear as it could be. But Inland Revenue here is continually issuing guidance on the matter. And people need to pay attention to this. You should expect that the tax authorities will have some idea of your cryptoassets holdings and therefore you should follow the law and file returns as appropriate.

Facing up to unintended consequences

At 22 pages it’s a much more digestible document than the main discussion document. And of course, Inland Revenue is still working through all the submissions. So it’s a useful one stop shop to go through and get an idea of what’s been said so far. However, you should not take what’s in this Q&A as actual policy. They’re still working through it and the final version still has to be signed off by the Minister of Revenue and Cabinet.

But meantime, Norman Gemmell, who is the chair in public finance at Wellington School of Business and Government, Victoria University of Wellington, and former chief economist at New Zealand Treasury has come out with a working paper entitled What is Happening to Tax Policy in New Zealand and is it Sensible?

It’s a very quick read about 14 pages which looks at the increase in the top income tax rate and the housing package, that is the interest limitation rules, increased bright-line period and other related matters. Basically, it takes the view that both represent ad hoc responses without a coherent strategy. It notes that these were pushed through very quickly based on limited analysis and against most official advice on the matter as to how to deliver on the Government’s objectives.

And in Gemmell’s view, there are potentially serious unintended consequences. In particular, the coherence of the tax system is at risk, and it’s not an unreasonable argument. In fact, someone quipped that’s a statement of fact not an argument,

But this comes back to what I said last week, that when you look at where there is incoherence in the tax system, it keeps coming back to the question of the taxation of capital and of property in particular. We keep fencing around this issue and the unintended consequences of doing so, force further unintended consequences of the actions taken to try and remedy that.

There won’t be an easy answer to this solution until that nettle is very firmly grasped and the politicians put the politics aside and look at how exactly are we going to achieve a coherent tax system and address the issues of diversion of resources away from productive assets, inequality, and housing affordability.

All of those require a comprehensive approach and taking a different approach to what we’ve been doing up to now. The latest patches may work, perhaps, but they come with unintended consequences as Mr Gemmell points out.

That’s it for this week. I’m Terry Baucher and you can find this podcast on my website www.baucher.tax or wherever you get your podcasts.  Thank you for listening and please send me your feedback and tell your friends and clients. Until next week ka kite āno!