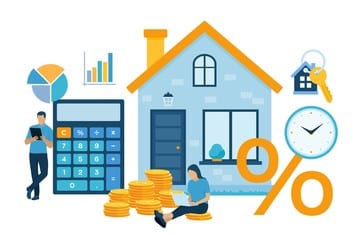 The Government on Tuesday released details of its housing package and related tax proposals. The key changes here are that the brightline test will be extended to 10 years for properties acquired on or after this coming Saturday March 27.

The brightline test will remain at five years however for new builds. In addition, there will be changes to the main home exemption for the bright-line test and also restrictions on interest deductions for rental investment properties.

Speculation beforehand had focused on the extension of the bright-line test to 10 years. And that has been confirmed. So properties acquired on or after March 27 sold within 10 years will now be taxable.

Other tax advisors and myself were briefed beforehand by Inland Revenue and I asked a question about what additional revenue would be expected to come from the brightline test. The estimate is it will be about an extra $650 million per annum. Incidentally that’s more than the increase in the top income tax rate to 39% is expected to raise.

Separately the brightline test period will remain at five years for new builds acquired on or after 27 March. The idea here is to encourage some investment in new property.

There is another change in the brightline test rules which is potentially quite significant and that’s around the treatment of the main home exemption. Currently if 50% or more of the time a property is held, it is occupied as a main home, then it is completely exempt from taxation.  If it’s 49% tough! It’s going to be fully taxable. So, it was a little bit harsh, that arbitrary treatment.

The proposal is to change that for property acquired on or after 27 March – you’ll be taxed on the period it was not occupied as your main residence. So, for example, if it was your main home for 80% of the time then only 20% of the gain will be taxed, whereas currently for properties acquired prior to 27 March the rule will be that in that case it will be fully exempt.

So on one hand it means that some gains which would have been exempt would now become taxable, on the other hand some gains, say that 49% example, which were fully taxable, now become partly taxable. So, the Lord giveth and the Lord taketh on that one.

However, the big change which has been announced that’s generating quite a bit of commentary on social media is the proposal to restrict, in fact remove entirely over time, interest deductions on residential property income. And this kicks in from October 1.

For residential investment property acquired on or after 27 March no exemption will be allowed from 1 October. However, for properties acquired before 27 March interest deductions are still claimable but will be reduced over the next four income years until it’s completely phased out by 1 April.

Now this is obviously a significant change. I made a suggestion last year that maybe it was time to apply the thin capitalisation rules, but this has gone further than I expected. But it also reflects a measure that happens in the UK.

It will be interesting to see how this plays out. The obvious concern would be that landlords will increase rents. But on the other hand, if you are going to do a measure like this although there is never a perfect time for investors, interest rates having fallen so much means that the impact this time is probably significantly less for investors than it would have been say two/three years ago when interest rates were not 3% but 6% or even higher.

So there’s swings and roundabouts there, no doubt though the Government will be watching with some concern to see what happens about residential rental increases. And there is a measure, actually separate, which proposes to limit the number of increases in rent and it now does it per property rather than per tenant. The proposal is a landlord can only increase the rent once every 12 months per property rather than the current once per 12-month tenancy.

So, there’s a fair bit of detail and commentary going to happen around these proposals. The extension of the brightline test to 10 years was expected. It’s now getting to the point that because our land rules, as I’ve said, beforehand are very complicated, maybe it’s time for a comprehensive review.  Maybe even saying that all land sales within 10 years are taxable apart from main homes, and also farms and businesses.

Possibly also in that time it might be worth thinking about whether it is appropriate that the gain gets fully taxed. But for now, those are the rules in place.

The fiscal impact of the interest rate deductions will be quite interesting because that may mean the Government has a little bit of a tax windfall, obviously because it’s now getting more income tax because there’s fewer deductions. We’ll have to wait and see.

Anyway, that’s it for now, I’ll probably have more commentary on the fallout from these proposals in our next podcast.  Until then, I’m Terry Baucher and you can find this podcast on my website www.baucher.tax or wherever you get your podcasts.  Thank you for listening and please send me your feedback and tell your friends and clients. Until Friday Ka kite ano!