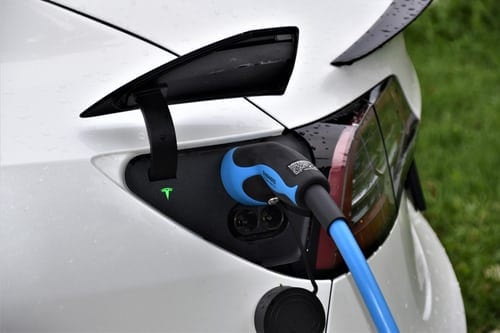 The Climate Change Commission released its draft advice for consultation on 31st January. What of note did it have to say about the role of taxation?

The Commission’s Necessary Action 3 recommended accelerating light electric vehicle (EV) uptake.  As part of this it suggested the Government:

Evaluate how to use the tax system to incentivise EV uptake and discourage the purchase and continued operation of ICE [internal combustion engine] vehicles.

As the Commission is no doubt aware taxes can have significant behavioural changes very quickly as the following example of the changes in the United Kingdom’s Landfill Tax illustrates.

So what tax changes could be used to incentivise change?

The trend for larger, heavier vehicles has accelerated since 2012 with a greater preference for vehicles such as SUVs and utes. Last year 77% of all new passenger vehicle registrations were SUVs and utes.

A by-product of the trend for purchasing of twin-cab utes appears to be widespread non-compliance with the existing FBT rules. This is in part because of an incorrect perception that such vehicles automatically qualify for the “work-related vehicle” exemption from FBT. The combination of greater numbers of such vehicles and apparent under-enforcement of the FBT regime[1] exacerbates the trend for indirectly environmentally harmful practices identified by the NZTA in 2012.

Inland Revenue should therefore immediately increase its enforcement of the FBT rules relating to twin-cab utes. These changes should be allied with the adoption of the approach in Ireland and the United Kingdom where FBT is greater on higher emission vehicles. I consider these emission-based FBT rules can be adopted relatively quickly, and it ought to be possible to have these in place by 31st March 2023.

As an interim measure to encourage greater take up of EVs the Government could consider exempting EVs from FBT until the new emission-based FBT rules are in place.  In Ireland, EVs with an original market value below €50,000 are presently exempt from FBT. The threshold here could be $50,000.

Additional FBT related measures include increasing the application of FBT on the provision of carparks to employees and not taxing the provision of public transport to employees. This reverses the present treatment and fits better with a policy of decarbonisation without impacting an employer’s ability to provide such benefits.

Taxing the provision of employer-provided carparks could raise significant funds. The 2012 NZTA report estimated the annual value of free parking in Auckland to be $2,725. With at least 24,000 employer owned car parks in the city this amounted to a tax-free benefit of $65 million per annum. FBT is generally charged at 49% of the value of the benefit so the potential FBT payable could be between $75 and $100 million per annum.

The suggested FBT changes should change behaviour, but as the Commission also pointed out we need to reduce emissions. We have one of the oldest vehicle fleets in the OECD and it is getting older. The average age of light vehicles in Aotearoa New Zealand increased from 11.8 years to 14.4 years between 2000 and 2017.[2] Compounding this issue, the turnover of the vehicle fleet is slow, on average vehicles are scrapped after 19 years (compared with about 14 years in the United Kingdom).

Furthermore, we are one of only three countries in the OECD without fuel efficiency standards. As a result the light vehicles entering Aotearoa New Zealand are more emissions-intensive than in most other developed countries. For example, across the top-selling 17 new light vehicle models, the most efficient variants available here have, on average, 21% higher emissions than their comparable variants in the United Kingdom. They are also less fuel efficient, burning more fuel and therefore generating higher emissions. The Ministry of Transport estimated if cars entering Aotearoa New Zealand were as fuel efficient as those entering the European Union, drivers would pay on average $794 less per year at the pump.

The Commission is concerned about the impact of its proposals on low-income families, who could be asked to bear a disproportionate part of the costs of change. For this reason, I suggest the funds raised from the FBT changes should be first applied to a vehicle exchange programme. This would remove older higher-emitting vehicles (say ten or more years old) by subsidising purchase of newer vehicles (maybe from car rental companies with excess stock).

If it seems counter-intuitive to subsidise “old carbon” technologies there are three short-term benefits to consider: newer cars generally have lower emissions, are more fuel efficient and are safer, indirectly helping reduce the road toll. This scheme also supports the most vulnerable families who cannot rely on public transport and are most likely have older, less fuel-efficient vehicles. Furthermore, funds involved would go further than if applied in directly subsidising the purchase of electric vehicles.

I also suggest the buy-back scheme is targeted at lower-income families and should therefore be means-tested.  A starting threshold might be the Working for Families tax credits threshold of $42,700 above which abatement applies. This threshold could be increased if the vehicle is more than, say, 15 years old with accelerated rates applying if the car is more than 19 years old (i.e. older than the life expectancy of the average car in Aotearoa New Zealand).

The Commission has opened the debate on our transition to a greener, low-emissions economy. Tax will have a major role in that as Pascal Saint-Amans, the Director of the OECD’s Centre for Tax Policy and Administration acknowledged last year when he suggested that when responding to the impact of Covid-19.

Governments should seize the opportunity to build a greener, more inclusive and more resilient economy. Rather than simply returning to business as usual, the goal should be to “build back better” and address some of the structural weaknesses that the crisis has laid bare.

A central priority should be to accelerate environmental tax reform. Today, taxes on polluting fuels are nowhere near the levels needed to encourage a shift towards clean energy. Seventy percent of energy-related CO2 emissions from advanced and emerging economies are entirely untaxed and some of the most polluting fuels remain among the least taxed (OECD, 2019). Adjusting taxes, along with state subsidies and investment, will be unavoidable to curb carbon emissions.

The 2019 Tax Working Group (the TWG) chaired by Sir Michael Cullen undertook a review of environmental taxation and made several significant recommendations in its final report.

Unfortunately, the backlash against the TWG’s proposed capital gains tax meant that its commentary and proposals on environmental taxation were overlooked.

Nevertheless, the TWG’s groundwork in this area now needs to be built on. It’s therefore interesting to note that in its briefing to the new Minister of Revenue David Parker Inland Revenue noted one of its top tax policy priorities was “the role of environmental taxes and what an environmental tax framework should look like.”

Given that David Parker is also the Minister for the Environment I suggest Inland Revenue might be accelerating its work in this field, if the goals suggested by the Climate Change Commission are to be met. Watch this space.

[1] FBT is tied to employment. Over the 10 years to 30th June 2020 the amount of PAYE collected by Inland Revenue rose by almost 66% from $20.5 billion to $34 billion. However, over the same period the amount of FBT paid rose 28% from $462 million to $593 million. This gap suggests some level of under-reporting and enforcement.

[2] By comparison in the United States in 2016 it was 11.6 years for cars and light trucks and 10.1 years for all vehicles in Australia for the same year and 7.4 years for passenger cars in Europe in 2014 (Ministry of Transport data)