Focus on international tax – getting serious about foreign income compliance 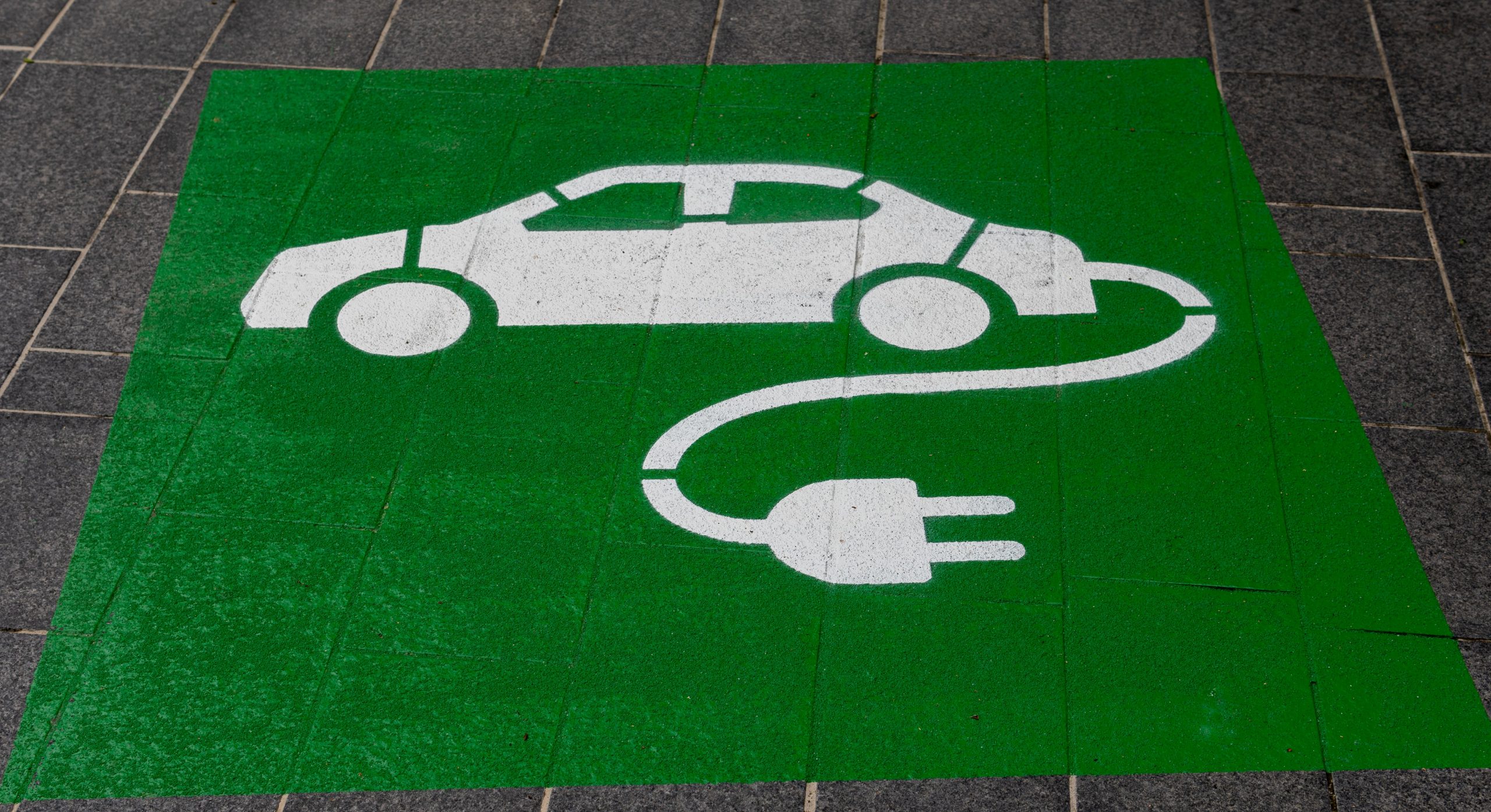 It’s been a very busy week in international tax, beginning with the launch of Inland Revenue’s Compliance Focus on Offshore Tax.

This was accompanied by a number of presentations in Auckland, Wellington and Christchurch. As part of the launch, Inland Revenue has released a couple of guides aimed at the general public, one on Offshore Tax Transparency and the other a Foreign Income Guide. Alongside those, there’s a Foreign income checklist and a flowchart on the rules relating to the transitional residency exemption. All this is aimed at the general public and written clear in plain English.

It’s good to see Inland Revenue have stepped up the focus in this area because we deal with quite number of clients in this space around their international tax obligations and there is a sometimes-surprising lack of knowledge. The main guide is the form IR1246 on Offshore tax transparency. It’s relatively short at 28 pages, including a glossary and as I said, is aimed clearly at the general public.

It begins with a little section at the start about “What your taxes pay for”. I think we’ll see more and more of this as Inland Revenue rolls out various publications as part of its compliance programmes. It’s a reminder of how much tax revenue is raised and where does it go. In case you’re interested Social Security and Welfare is the biggest single amount at $36.8 billion in the year to June 2021 with Health coming in second at $22.8 billion and education third at $16 billion.

This is adopted from similar initiatives we’ve seen in other tax authorities around the world, emphasising your taxes are for the common good and here’s where your taxes are spent and here’s how they may benefit you. So that’s a deliberate policy aimed at reminding people that tax is part of the price we pay for a civilised society.

The guide explains Inland Revenue’s role within New Zealand and then works its way through the various international obligations and standards. Some of this is pretty boilerplate and well known to tax agents and advisors but possibly isn’t so well known to the general public.

Then there’s a section which would make anyone with property overseas sit up and pay attention:

We annually exchange land data with many of our treaty partners. The data we exchange is a combination of this information we obtained from the land transfer tax statements, received land information in New Zealand and our own internal tax data. We also receive similar information from some of our treaty partners, which serves as good initial intelligence with an option to follow up with further exchange of information requests during the course of more in-depth compliance work.

We actually experienced this with one client when Inland Revenue requested whether we had disclosed income from property in the United States as they had received information from the US regarding the property. We had, but it was still illuminating to see how much Inland Revenue knew.

And then there are the spontaneous exchanges of information under FATCA (the Foreign Account Tax Compliance Act), and the Common Reporting Standard on the Automatic Exchange of Information. Incidentally, the next exchange under the Common Reporting Standard is happening in September. There are the collection assistance agreements under several double tax agreements. This is something I don’t think people are really aware of Inland Revenue’s ability to ask overseas jurisdictions to go hunting for delinquent taxpayers and outstanding tax.

And then there’s the foreign trust regime’s reporting requirements. An interesting point here is that any information collected during the registration and annual return process of a New Zealand foreign trust is shared with the Department of Internal Affairs as the supervisor of trust and company service providers and the Financial Intelligence Unit of New Zealand Police. This information is shared because of their regulatory role in relation to anti-money laundering and countering the finance of terrorism.

The guide then runs through the various types of overseas income, and you can find more details in the Foreign Income Guide. This also includes taxpayers working remotely in New Zealand for overseas employers. This appears to be part of a new initiative.

One page in the guide has the header “Offshore is no longer off limits” and the guide explains Inland Revenue is involved with other international collaboration outside those agreements have already mentioned. These include the Joint International Taskforce on Shared Intelligence and Collaboration which apparently includes 35 of the world’s national tax administrations. There’s also the Study Group on Asia-Pacific Tax Administration and Research. I was not previously aware of these two organisations. So, you learn something every day.

Overall, this is a welcome and important initiative from Inland Revenue. People are now able to access easily understandable guidance as to their overseas income obligations. There’s an interesting comment that as a result of an initiative under the Common Reporting Standards, it received over 900 voluntary disclosures from people after they were advised Inland Revenue had received information regarding their overseas income. Voluntary disclosures happen regularly once people realise they have not complied with their obligations they come forward to rectify their errors.

“Leaving on a jet plane…”

Now, with the borders reopening and international travel resuming, Inland Revenue has decided to release for consultation a draft “Questions we’ve been asked” (QWBA) in relation to the deductibility of overseas expenses. This publication was actually delayed because of the pandemic as Inland Revenue thought it and we advisors might be busy elsewhere and really nobody was travelling.

This draft consultation covers the issue as to what extent can income tax deductions be claim for overseas travel costs other than meal costs? And basically, the answer is they can only to the extent they have a connection with deriving assessable income or carrying on a business. No deductions can be claimed for any part of the costs that are of a private or domestic nature or incurred in deriving exempt income. Now where the costs need to be impulse apportioned between deductible and deductible, then this must be done on a basis that is reasonable.

The draft QWBA doesn’t consider two issues: the treatment of a companion’s travelling costs which is covered by QB 13/05. And secondly, the deductibility of meal costs which is dealt with in Interpretation Statement IS 21/06.

This draft QWBA is a short document, 14 pages. It sets out the legislation, considers some of the current case law and then includes four practical examples covering various scenarios. The first is where there’s a both business and private purpose for travelling overseas. The second where there’s a business trip involving incidental private expenditure. Example three deals with someone is travelling overseas privately, but then realises on arrival there’s actually some business opportunities.

The final example deals with cancellation costs, which have not been refunded, something no doubt quite a few businesses experienced because of COVID 19. The example suggests that the cancellation fees are deductible because the costs were incurred in the course of, carrying on a business.

This is more useful guidance on a day-to-day issue which businesses and advisors are going to be encountering regularly now. It’s particularly opportune with borders reopening now, and international travel resuming.

It’s interesting to see what’s gone on in the interim. Back in in 2014, Facebook paid $43,000 of tax on $1.2 million of revenue. This year, it’s reporting $6.5 million in revenue with a tax charge of $605,000. But the detail that’s of interest is what’s going on with its related party transactions as these give you a clue to the level of activity actually going on.

Facebook ‘s gross advertising income for the year to December 2021 was $88 million, which I have to say surprised me a bit as I thought it was higher than that. But anyway, these are the first concrete numbers we’ve seen for a while now.

$84 million was paid to Facebook Ireland for purchases of services.

Coincidentally, Facebook Ireland’s corporate tax rate just is 12.5%. So, you can work out yourself the potential saving that could represent for Facebook.

As I said in relation to Google’s results last week, it’s possible Inland Revenue is looking at this. We know there’s a lot of review activity going on in this space. Transfer pricing, audits and investigations do take some time and we got a clue as to how long and how they might play out result when British American Tobacco released its December 2021 results.

Included in these was a note that it had been engaged in an Advance Pricing Agreement (APA) process with Inland Revenue and the UK’s H.M. Revenue and Customs. This has been going on since March 2016 and it related to the combustible tobacco operations of the British American Tobacco Group. Agreement on the APA was finally reached in July 2021.

As a result, British American Tobacco New Zealand’s 2021 financial statements included a profit adjustment for prior years resulting in $70.6 million of additional tax payable for those prior years.

Now, the effect also of this agreement is that the tax payable for the December 2021 year rose from $3.8 million in the previous year to over $17.8 million. This increase illustrates the impact of the reduction in what overseas associates can charge. The turnover for New Zealand was roughly similar for both 2020 and 2021 at $247 million and $251 million respectively.

A win therefore for Inland Revenue and a little bit of a windfall as well for the Government. The case does show how long it takes to reach agreement on these issues.

And finally, back in New Zealand, back in March the Government cut the fuel excise duty as a cost-of-living countermeasure. That was initially for a three-month period but is now being extended for a further two months until mid-August.

And this prompted David Chaston to take a look at the fiscal impact of this.

David therefore raised the issue about how are we going to fund the NLTF in the future? Remember that electric vehicles are currently exempt from those user charges, but thanks in part to the government’s clean car discount and the growing availability of electric vehicles, the number of EVs is rising. When does this exemption end?  Longer term as the proportion of electric vehicles in the fleet rises, the amount of fuel excise duty will fall. This has to be an accelerating trend in order for the country to meet its emissions targets.

So, how is the NLTF to be funded in the future in order to maintain the highways? It seems to me there’s only two possible answers to that; firstly, increase road user charges, which means the exemption for electric vehicles must end, probably very soon. And secondly, and this is part of a wider decarbonisation issue, shift heavier traffic which increases wear and tear on highways to other modes of transport like local shipping and rail.

So that’s an interesting dilemma for any future government to be considering. I think any sort of environmental taxation moves in this space, are really more like behavioural taxes and therefore as the behaviour you are trying to discourage, the use of internal combustion engine vehicles declines, your revenue declines.

So longer term, some thinking has to go into how are we going to fund the maintenance of our highways? And it seems to me ultimately general taxation will need to become part of the mix. Rather than being specifically funded out of the National Land Transport Fund, the taxpayer will be paying a different way through contributions from the general tax pool.

That’s it for this week. I’m Terry Baucher and you can find this podcast on my website www.baucher.tax  or wherever you get your podcasts. Thank you for listening and please send me your feedback and tell your friends and clients.

Until next time. Ka pai te wiki, have a great week.