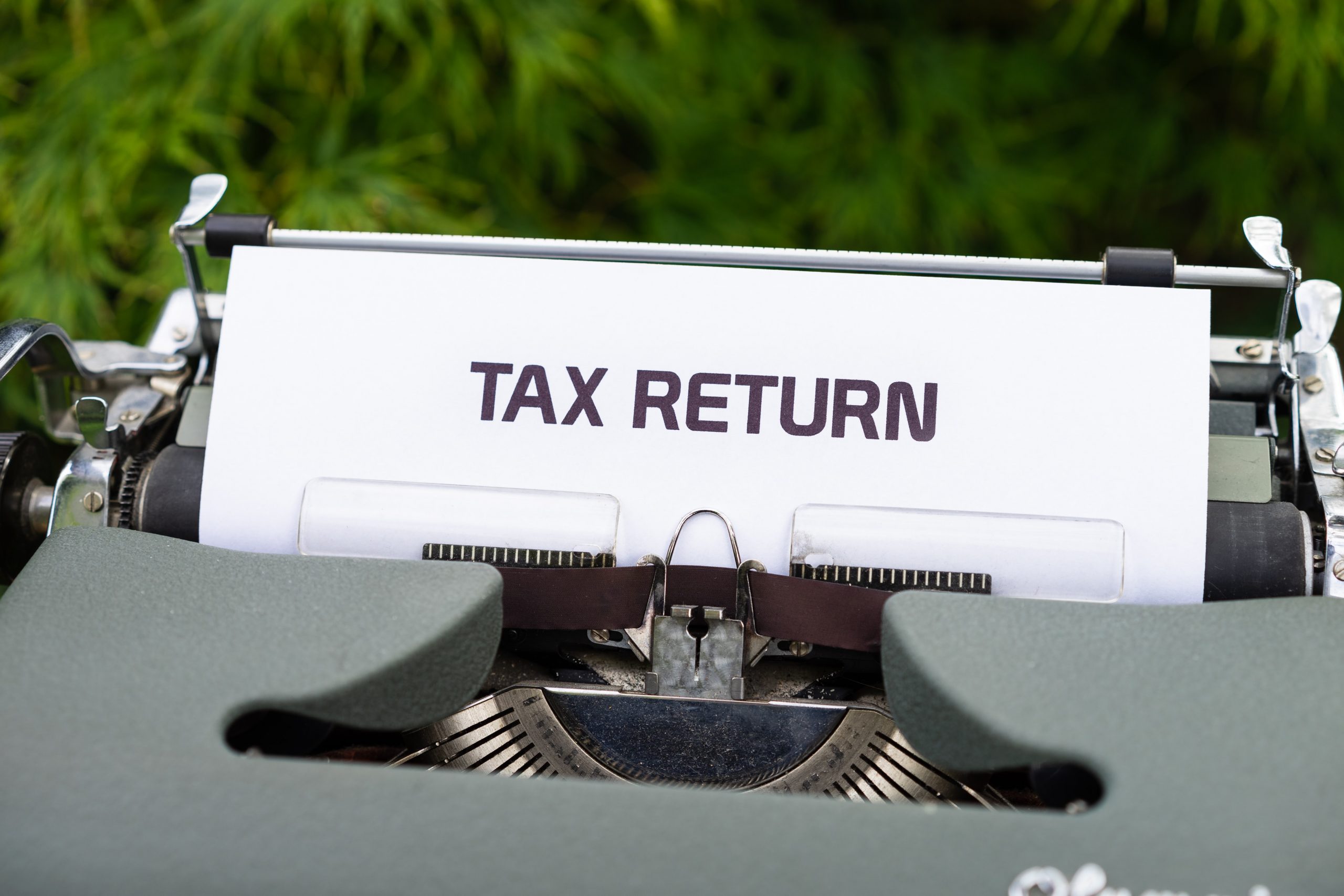 The Official Cash Rate was increased last week, but Inland Revenue seems to have pre-empted the effects of an increase as two weeks ago it announced that the interest rate for use of money interest on unpaid tax and for the prescribed rate of interest for fringe benefit tax purposes would increase from 10th May.

With the final provisional tax payment for the March 2022 income year coming up on 9th May, it’s a good time to ensure that your Provisional Tax payments are as accurate as possible to minimise the effect of this use of money interest. That’s particularly true where a taxpayer’s residual income tax for the year is expected to exceed $60,000. So right now, advisers like myself are looking at this situation and making sure clients are getting ready to make the payments they need to minimise any potential interest charge.

As we’ve discussed previously tax pooling is a useful tool in dealing with tax payments. And right now, people are making use of tax pooling not only to get ready for the Provisional Tax payment coming up, but we’re also wrapping up the final tax payments due for the year ended 31 March 2021. There will be people who haven’t paid sufficient tax for the year and could be looking at substantial use of money interest and maybe even related late payment penalties.

This is therefore a good time to make use of tax pooling intermediaries. Typically, the deadline for making a request to use tax pooling is 76 days after the terminal tax date for the relevant taxpayer. If the taxpayer has a 31 March balance date and is linked to a tax agent, that is typically 7th of April, which means that sometime in mid-June is the final date for payment. If they’re not linked to a tax agent the terminal tax due date was on 7th February and therefore they’ve only got a few days left to make that payment using tax pooling.

What’s happened is that in the wake of the Omicron wave, Inland Revenue have used the discretion that was given to them when the pandemic broke out to extend the deadline for the time in which a request for making tax pooling can be made.

That time has now been extended to the earlier of 183 days after a terminal tax date or 30th September this year.

There are a few conditions. The contract must be put in place with the tax pooling intermediary on or before 21st June. Furthermore in the period between July 2021 and February 2022, the so-called affected period, the taxpayer’s business must have experienced a significant decline in actual predicted revenue as a result of the pandemic. This meant they were unable to either satisfy their existing commercial contract with tax pooling intermediary or weren’t able to enter into one, or they’ve had difficulties finding the tax return because either they or their tax advisor was sick with COVID.

Now this is a good use of the discretion available to Inland Revenue. But remember, it is COVID 19 related. So if you just happen to have been caught off guard and didn’t make your payments on time, you’re not going to get this additional extension of time. Tax pooling is a very useful tool which you should make use if you can.

But if you can’t, talk to Inland Revenue and make them aware that you have issues. You’ll find that they are more approachable in this than people might expect and can be quite fair so long as you come to the table with a reasonable offer.

Moving on, we’re now starting to prepare tax returns for the year ended 31 March 2022. And for this year, the required reporting requirements for domestic trusts have been greatly increased following a legislative change last year.

In connection with that, Inland Revenue has released Operational Statement OS22/02, setting out the new reporting requirements for domestic trusts. These reporting requirements were introduced to gather further information from trustees so Inland Revenue can “gain an insight into whether the top personal tax rate of 39% is working effectively and to provide better information and understand and monitor the use of trust structures and entities by trustees”. It’s what we call an integrity measure.

There is a hook in that the legislation is also retrospective as it enables Inland Revenue to request information going back as far as the start of the 2014-15 income year.

The Operational Statement is a pretty detailed document, setting out over 48 pages the obligations involved. There’s a very useful flow chart on page 6 setting out what trusts will be caught under the provision and required to make the relevant disclosure disclosures. The basic rule is that all trustees of a trust, other than a non-active complying trust, who derive assessable income for tax year must file a tax return and therefore will be subject to the reporting requirements.

The trustees also need to file a declaration that it is a non-active complying trust, it’s not enough to be not required to file a tax return, it must also file this declaration.  The types of trusts covered by this exemption are ones which may hold a bank account earning some interest. More generally, their principal asset is the family home and the beneficiaries are living in that place and are responsible for meeting the ongoing expenses.

For those trusts required to comply there’s a fair bit of detail involved. But fortunately, there is an option for what they call Simplified Reporting Trusts. These are trusts which derive assessable income of less than $100,000 or deductible expenditure, which is also less than $100,000 and the total assets within the trust at the end of the income year are under $5 million. Such trusts can use cash basis accounting and aren’t subject to the full accrual reporting requirements set out by the Operational Statement.

All this expands greatly the amount of reporting that trusts have to do now. And although typically you do see financial statements prepared for most trusts that do have to file tax returns, these requirements extend those reporting obligations. And I daresay many trustees aren’t going to be too happy about the increased costs that will come out of that.

And of course, we have this potential issue now, that Inland Revenue may request information going back as far as the start of the year ended 31 March 2015.  There’s a fair bit of controversy around this measure which would certainly mean a lot more work for advisors and trustees.

Now, over in the UK, the Chancellor of the Exchequer Rishi Sunak, the equivalent of Finance Minister Grant Robertson, is embroiled in a political scandal after it emerged that his wife, Akshata Murty, has been claiming non-domiciled status for UK tax purposes.

Non-domicile status means that a person’s foreign income and capital gains are generally not subject to UK income tax and capital gains tax unless they happen to be remitted to the UK. It so happens that Ms Murty’s father is the billionaire owner of an Indian IT company, and it’s estimated that she may have saved up to £20 million of UK income tax on dividends from her father’s company. Needless to say, it’s not a great look for Mr Sunak as the person responsible for managing the finances of the UK to find himself in that position.

But Ms Murty’s status as what is called a non-dom is actually quite common. Most New Zealanders living and working in the UK would qualify as non-doms and may be able to make use of this special status. The exemption is pretty generous. In fact, according to a University of Warwick research study, more than one in five top earning bankers in the UK has benefited from claiming non-dom status.  Apparently a sizeable share of those earning more than £125,000 per annum have non-dom status. For example, one in six top earning sports and film stars living in the UK have claimed non-dom status.  As these persons have got an average income of more than £2 million pounds per year it’s a pretty significant benefit.

Now what New Zealand advisers need to be watching out for is misunderstanding the complexity of these rules.  It used to be the general rule that a non-dom’s income was not taxed in the UK if it wasn’t remitted to the UK. The opportunity was for New Zealand trusts to make distributions of income to UK resident beneficiaries, but never actually remit that income to the UK. Instead it stayed in a New Zealand bank account or some other non UK bank account and therefore wasn’t subject to UK tax rates, which could be as high as 45%. It also meant that the income distributed wasn’t taxed at the trustee rate of 33%, so it was a very nice, tax-efficient system.

However, the rules have been subject to a number of changes in past years, as political pressure has built on the question of whether these non-doms should get such generous tax treatment. I’ve seen a number of cases where advisers have continued to apply what they think the rules are, unaware that there have been significant changes to the use of non-dom rules and the remittance basis.  They have therefore inadvertently created tax liabilities for not only for the UK resident beneficiary, but potentially also for the trust.

The UK has introduced a register of trusts and in some cases, New Zealand trusts may be required to be part of that register. Along with UK inheritance tax this is one of these ticking time bombs where there is a lot of people who don’t know what they don’t know and could be in for an unpleasant shock.

It’s also fairly highly likely in the wake of this political scandal that there may be more changes to come to the non-dom exemption so trustees with beneficiaries resident in the UK, should be very careful about making distributions to such beneficiaries in the mistaken belief they are trying to exploit a rule which has been amended.  Generally speaking, the use of trusts in the UK and in particular distributions from foreign trusts to UK tax residents is a real minefield and great care is required to avoid potentially serious tax consequences.

Well, that’s it for this week. I’m Terry Baucher and you can find this podcast on my website www.baucher.tax or wherever you get your podcasts.  Thank you for listening and please send me your feedback and tell your friends and clients.