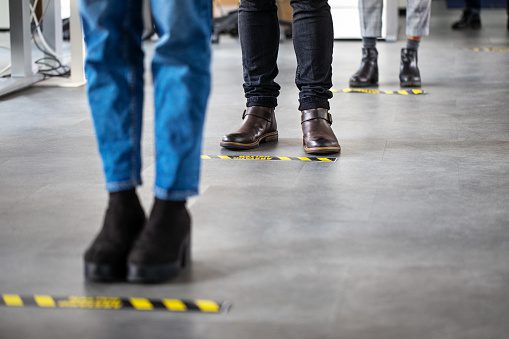 There’s inevitably been a certain Groundhog Day effect to the current Lockdown now we’re into our fifth week. It dominates the discourse and that hasn’t really changed in the tax world. The Government has now announced that there will be a third round of the Wage Subsidy and applications for that opened at 9:00 a.m. Friday and will remain open until 11. 59 p.m. on Thursday, 30th September.

As of September 12th, there have been 427,388 applications approved for the first two rounds of the wage subsidies, which has supported over 982,000 employees and 274,000 businesses. The total amount paid out to that date is just under $1.8 billion.

To quickly recap the tax implications of the subsidy for an employer, the receipt by an eligible business is excluded income to the extent that the subsidy is passed on to the employee. The employer is not entitled to an income tax deduction for wages paid out of the wage subsidy and the amount of wages paid in excess of the wage subsidy, that is amounts funded by the employer, are deductible as normal. No GST applies to the payment.

Now, Inland Revenue just reminded people that any amount of the subsidy that is not passed on to an employee is required to be repaid to the Ministry of Social Development (MSD)because that’s part of the criteria and declarations made at the time of application. If the wage subsidy isn’t returned to MSD, then Inland Revenue may consider the amount not returned as taxable income, which needs to be included in the income tax return for the year in which it was received.

Now, the interesting development this week is that the Government has now said that a second payment under the Resurgence Support Payments scheme will be available and, applications for that opened Friday. Now, in order to qualify, organisations must experience at least a 30% decline over seven days for the period commencing 8th September as a result of being at Level Two or higher.

As of 12th September, about $500 million dollars has been paid. And the Government has indicated that there could be another two payments after the for which applications opened today. These will be three weeks apart, so long as the conditions that continue to trigger the Resurgence Support Payment scheme continue to apply, i.e. the country is in an Alert Level Two or higher.

And just quickly, a reminder that there are some other schemes available.  There is the Leave Support and the Short-Term Absence Payments Schemes. Businesses may still be eligible for the Small Business Cashflow (Loan) Scheme. And there’s also Business Debt Hibernation.  We talked about these when we first went into Lockdown. All those four schemes, by the way, are available at Alert Level One or higher.

Moving on, the New Zealand Superannuation Fund, which was an initiative by the late Sir Michael Cullen, has just posted its strongest ever annual return of 29.63% for the June 2021 financial year. This means that the fund has now grown to $59.8 billion dollars, an increase of $15 billion over the 12 months.

And during that period, the Government made contributions totalling $2.1 billion to the fund. Now the super fund is a sovereign wealth fund, but almost uniquely, as far as I can tell, amongst sovereign wealth funds, it’s taxed.  For the year just ended, it paid $2.3 billion dollars on its $15 billion. And that’s because the rules around the Foreign Investment Fund and the Financial Arrangements regimes apply to the super fund.  It therefore will pay a fair amount of tax, obviously, when its investment return is nearly 30%.

Now, of course, the Super Fund was established to help fund the future cost of New Zealand Superannuation. You may recall last week we discussed the Treasury’s draft long term fiscal outlook and in relation to the growing cost of superannuation, Treasury put forward a couple of options to consider, which were increasing the age of superannuation entitlement from 65 to 67 or actually cutting back the amount of people’s entitlements.

New Zealand Superannuation is universal, which is one of its great strengths. Radio New Zealand has received Inland Revenue figures which show that in the March 2010 income year, there were 2,209 people who were on incomes of more than $200,000 a year who were receiving super.

By the year ended 31 March 2020 that number had more than tripled to 7,860. And as Baby Boomers and the population ages, more people who on the face of it don’t need Super will be receiving it because of its universality.

The Retirement Commissioner, Jane Wrightson, was asked about this and she said it’s not a problem, because one of the great things about New Zealand Superannuation is that it is universally applied. But she did say it is a reasonable policy question, the normal answer to this has been means testing which was applied briefly in the mid-90s and applies in Australia. However, this was roundly rejected by New Zealanders in the past.

So, two questions emerge. One, how are we going to fund superannuation going forward? And secondly, is it right that it is universal and people who on the face of it have sufficient to fund their retirement are still receiving it? Mind you, you could say 7,800 people in the context of the hundreds of thousands receiving New Zealand Superannuation isn’t actually that much, but that number will grow.

Now, a suggestion to address this particular issue of potential over generosity for higher income earners has been put forward by my colleague, Associate Professor Susan St John of the University of Auckland Retirement Policy and Research Centre. She has released a briefing paper updating an idea she’d first proposed back in 2019.  It basically treats the pension as a basic income and then taxes pensioners’ other income at a higher rate.

And the idea is that there will be a threshold at which it becomes uneconomic to take super, thus saving funds.

The proposals is, instead of having super inside the tax system, take it outside, treat it as a basic income, and then tax people receiving other income at a higher rate. And then that would mean, as I said, once their other earnings reached a certain point they would be better off to not claim superannuation.

The issue, as has been pointed out all around by various people, is that the number of pensioners between now and 2060, is expected to double. And Treasury’s forecast is that the cost of superannuation, which is already our most generous welfare payments, is going to grow at one and a half times faster than the economy over that period. Therefore, its cost, relative to the economy, is going to increase.

Susan St John’s proposal is that by taxing people who are earning higher incomes means that the payment is then focused on those who really need it. That is, those on lower incomes and that amount is likely to grow as well. And her modelling suggests the break-even point with a flat tax rate of 39% is when the other income exceeds $139,000 a year which is still pretty generous, I guess.

You can tinker with the tax rate, but it’s an interesting idea.  What it builds on is two things.

Firstly, New Zealand Superannuation is a type of universal basic income, which there’s always been a lot of discussion around. Secondly, it then uses the tax system to introduce a bit of equity and disincentivise excessive take up, but not too much, to be honest, because you can earn up to $130,000 in other income. This relative generosity shouldn’t really disincentivise work which is obviously one of the big problems about means testing, the disincentives it creates.

So it’s an interesting. Treasury I think seems quite interested in it, or appears to have had some discussions on the topic and we may hear more about it.

Well, that’s it for this week. Next week, we may be discussing the interest limitation rules in more detail. We’ve been waiting for those for some time. And given that they come into effect from 1st October, it’s going to be quite a crash course to get people up to speed by that time.

But anyway, that’s it for today. I’m Terry Baucher. And you can find this podcast on my website, www.baucher.tax  or wherever you get your podcasts. Thank you for listening and please give me your feedback and tell your friends and clients. In the meantime, kia pai te rā, have a great day!