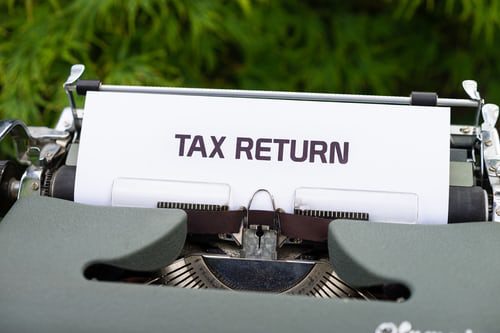 The Taxation Annual Rates for 2021 to 2022 GST and Remedial Matters Bill was introduced to Parliament on Wednesday. Now this is the annual bill which is required to confirm the tax rates for the current year. And it also contains a number of GST and income tax remedial amendments. It doesn’t, by the way, include anything in relation to the proposed interest limitation rules. Those are going to be introduced separately, probably later this month, by way of a Supplementary Order Paper.

Now, what’s particularly interesting about this bill is that it clarifies the tax treatment of cryptoassets, and it has two proposed amendments which would exclude cryptoassets from GST and the financial arrangements rules.

As the commentary to the bill points out, cryptoassets probably fall within the existing scope of GST rules, although it’s a little unclear. And that means that the supply of a cryptoasset could be subject to 15% GST, or it could be an exempt financial service or a zero-rated supply to a non-resident. And what this means is that GST supply to a non-resident is zero rated, but then subject to GST when applied to residents. And that creates a distortion and a preference to sell to offshore investors. Now, that’s slightly different from the zero rating we do for exports, but it’s not seen as an export service here.

But more importantly – and this is an issue that’s well known – is that there’s a big risk of potential double taxation. That is when an asset is purchased with Bitcoin and then, for example, that Bitcoins converted back into fiat currency.

The commentary gives an example of Lucy purchasing $11,500 of Bitcoin from a domestic Bitcoin exchange. At present, the exchange is required to remit $1,500 dollars of this, being GST, to Inland Revenue on the taxable supply of Bitcoin they’ve made in exchange for New Zealand dollars. When Lucy uses the $11,500 of Bitcoin to purchase a car, GST applies on the sale of the car and therefore the company selling the vehicle must return another $1500 dollars of GST. So that means that GST of $3,000 has effectively been charged in relation to the purchase of a vehicle worth $10,000. If Lucy had used New Zealand dollars instead of Bitcoin, only $1500 of GST would have been paid.

This has been known for some time and what has happened is that the Government has decided they’re going to take cryptoassets out of the GST net. And the proposal is that the definitions of goods and services in the Goods and Services Tax Act will be amended to expressly exclude cryptoassets. Now, this amendment will apply from 1st January 2009, the date of the first cryptoasset, Bitcoin, was launched.  By the way, the definition will exclude non fungible tokens, which are going to remain subject to GST if supplied by a registered person.

So this is a very welcome development, clarifying the position that was causing some concern in the cryptoassets world, for the reasons and the example I gave a bit earlier – that there was a probable chance of GST being charged twice in essence, on the same asset. But just remember that GST is still intended to apply for non-fungible tokens as they’re regarded as a good or service that can be supplied.

And the commentary has an example of such a treatment. An investor invests in Bitcoin on a platform and Bitcoin is locked in for a set period and the investor is paid a guaranteed fixed return for the period that his Bitcoin remains locked into this particular platform. The commentary makes clear that the return on the growth will be taxable, so the additional 5% return will be subject to the financial arrangements rules. I think there might be some more questions dealing around that.

And the commentary also makes clear that the general rules still apply to cryptoassets. That if they’re acquired with the purpose of disposal, they’ll be taxable. Likewise, if you’re trading cryptoassets or you use cryptoassets for a profit-making scheme. But as I said, all the proposals will be welcomed by the investors in the cryptoassets world.

Now, the bill also has proposed amendments in relation to the bright-line test. Firstly, any income derived on the sale of a property which has been used as a main home will not be reduced where the person has used the main home exclusion twice in a two-year period or has engaged in a regular pattern of acquiring and disposal disposing of residential land.

The bill also has an amendment to ensure that a main home that takes longer than 12 months to construct will not be subject to the bright-line test. And this is in relation to residential land acquired on or after 27 March 2021. There’s also an amendment to clarify the application of the 12-month buffer and makes clear that a person may still qualify for the main home exclusion if they have multiple periods each of 12 months where the property is not used as a main home. So, again, that’s welcome because there was some confusion around how these rules might apply.

Now, moving on, the Government’s Wage Subsidies bill has passed $1.2 billion dollars so far. And apparently this subsidy is supporting over 838,000 employees, 117,000 self-employed people and 242,000 businesses.

The highest number of supported workers are in the construction industry, followed then by food and hospitality.

Now, it’s also been made clear that although most of the country has stepped down to Level Two – the wage subsidy is not normally available below Level Three – a claim is still possible if part of the country is still in Levels Three and Four. Because Auckland has remained at Level Four, that means that businesses outside Auckland may still apply for the wage subsidy. However, they have to show the 40% drop in revenue required to meet the wage subsidy requirements is attributable to the effect of the continuation of Alert Levels Three and Four.

So that’s a wee caveat in there that people just need to be mindful of. I know that there’s lobbying going on in relation to the hospitality industry, where the impact of Level Two restrictions limit numbers in bars and restaurants to 50 or fewer. Those lobbying want the ability to still apply for a wage subsidy because they’re affected by that Level Two condition, not necessarily because of the ongoing Level Four lockdown in Auckland.

More taxes to pay for an ageing demographic?

And finally this week, government departments have been asked to prepare a series of long term insights briefings under the Public Service Act 2020. Now these are designed to make available to the general public information about medium- and long-term trends, risks, opportunities that may affect New Zealand.

Treasury has also got a requirement to produce a statement regularly on the long-term fiscal position – what’s known as Long Term Fiscal Statement, and what it’s decided to do is combine the two and it’s released a draft paper for consultation, which makes fascinating reading.

One of the things it says, is that looking at the impact of Covid, it thinks net debt will now peak at 48% of GDP in 2023. And in the Treasury’s view, there is currently no need to reduce debt levels. And it believes that deficits will shrink as the temporary support measures will end. And it also notes that debt level remains low relative to its peers such as the UK, Australia, America. The interest rate composition of debt is much more favourable than when net debt peaked at 55% of GDP in 1992.

And just as an aside, this is a global issue. The UK just this week has announced proposals which effectively increase taxes to pay for the impact of Covid and they’re quite significant increases. And I don’t think that the UK will be the last jurisdiction to be doing so.

But longer term, Treasury is noting that 26% of the population is expected to be 65 years old or more by 2060, compared with 16% in 2020. So that’s going to increase the cost of New Zealand superannuation and also expect healthcare costs to continue to grow because of an ageing population. And that ageing population will change demographics. For example, one of the things that’s happening is that the Pasifika/Māori people are generally significantly younger than other New Zealanders.

For example, by 2038, Māori are projected to account for 20% of the total population, but only 10%of the 65 plus population.

And this leads Treasury to conclude:

“Our projections indicate that the gap between expenditure and revenue will grow significantly as a result of demographic change and historical trends in the absence of any offsetting action by the Government.”

One of the offsetting actions it suggests, is to raise the age of retirement from 65. It suggests let’s have a look at what would be the impact of raising it to 67.

It also looks at what opportunities exist to raise revenue from either existing tax basis or new tax bases beyond personal income tax. And the paper sets out a number of options around raising revenue. And one is ten years of fiscal drag, which incidentally we’ve just done, which is where the tax thresholds and rates are not changed. And wage growth naturally raises the tax take as people’s income crosses income tax thresholds.

Some interesting stats here about the impact of raising GST. For example, in relation to personal income tax – if you raise income tax rates by one percentage point, so that the current top rate of 39% goes to 40%, the 33% rate to 34% and so on, that would raise 0.6% of GDP.

The Treasury paper also points out the Government could extend the taxation of capital gains and maybe think about a land tax as well.  However, as the Tax Working Group pointed out there’s a few issues around a land tax. But the paper notes, by the way, that other countries are looking at the taxing of wealth, either by a net wealth tax or maybe taxes on inheritance.

And finally, the paper notes that New Zealand raises less from environmental taxes than other OECD countries. It’s equivalent to 1.3% of GDP, and that’s lower than the OECD average, which is roughly 2% of GDP. But it points out that environmental taxes are often behavioural taxes. In other words, they change behaviours but therefore may not be a sustainable additional source of revenue.

Anyway, there’s a lot of interesting data to consider in this paper. No doubt it will cause some controversy.

Well, that’s it for this week. I’m Terry Baucher and you can find this podcast on my website www.baucher.tax or wherever you get your podcasts. Thank you for listening. And please send me your feedback and tell your friends and colleagues. Until next time Kia Kaha! Stay strong.