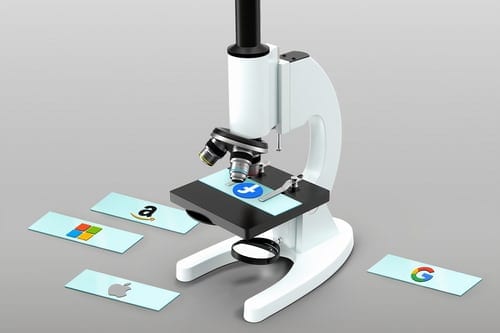 This week, the election tax talk has all been about a possible wealth tax, which Jacinda Ardern has repeatedly ruled out. Personally, I found the repetitive questioning whether the tax would come in to be pointless. A better line of enquiry would have been to ask both leaders of the main parties why they don’t think a wealth tax is needed and what they’re going to do about taxing capital.

On the other hand, Labour is committed to introducing a digital services tax GST in certain circumstances, and several major reports have been released the past few days, which underline why taxing the digital economy is going to be increasingly important and something that the new government, regardless of who forms it, will need to take action about.

The first of these reports was the United States House of Representatives Judiciary Committee’s Subcommittee on Antitrust, Commercial, and Administrative Law’s report on competition in digital markets. At 449 pages this is a real blockbuster and the culmination of a sixteen-month investigation launched in June 2019 into the state of online competition

The report focuses on the dominance of the “GAFA”—Google, Apple, Facebook and Amazon and is damning.  The Subcommittee heard from the CEOs of the GAFA and concluded “Their answers were often evasive and non-responsive, raising fresh questions about whether they believe they are beyond the reach of democratic oversight.”

The report brands the GAFA “dominant platforms” as they possess monopoly power due to factors including their role as “gatekeepers” of key distribution channels, which allows them to control access to digital markets. Consequently, as the report states

“…companies that once were scrappy underdog start-ups that challenged the status quo have become the kinds of monopolies we last saw in the era of oil barons and railroad tycoons… These firms typically run the marketplace while also competing in it—a position that enables them to write one set of rules for others, while they play by another, or to engage in a form of their own private quasi regulation that is unaccountable to anyone but themselves.”

The investigation found that the GAFA engaged in a series of anti-competitive conduct to maintain their market power, including self-preferencing and so-called “killer acquisitions” of potential competitors.  To give you some idea of how many of these have happened, an appendix to the report lists over 560 acquisitions by the GAFA, going back to 1988.  Few of these have been investigated by the US federal anti-trust agencies.

The report recommends reform of the antitrust laws and breaking up the “dominant platforms” through structural separations online of business restrictions. If implemented, it would be one of the biggest antitrust trust actions taken by the U.S. government in decades.

One of the things which caught my eye about this report was that very interestingly, it referenced the 600-page Australian Competition and Consumer Commission (ACCC) Digital Platforms Inquiry report released in July 2019. This too raised concerns about the digital giants. According to the ACCC, Facebook’s sheer size “appears to protect it from dynamic competition”.  The report estimated Facebook and Instagram’s combined share of the online display advertising market in Australia to be 51%, noting “no other online supplier of display advertising has a market share of greater than 5 per cent.”

What the ACCC report did as well was take a look at the impact of Google and Facebook’s actions on Australian classified advertising revenue. It noted that classified advertising revenue has fallen in absolute terms from A$2 billion in 2001 to A$200 million in 2016. Adjusted for inflation, the decline over that period is from A$3.7 billion to A$225 million, a 94% drop in revenue.

The report pointed out that this has resulted in, amongst other things,

“a significant reduction in provision of multiple categories of reporting related to public interest journalism; that is, journalism that performs a critical role in the effective functioning of democracy at all levels of government and society. In particular, the research indicates a significant fall in the number of articles published covering local government, local court, health and science issues during the past 15 years”

I am sure that most of this will sound very familiar to everyone involved with the New Zealand media industry.  We have seen the same hollowing out of local newspapers and the struggle to financially survive.

The ACCC’s recommendations are not as potentially far reaching as those of the House Judiciary Committee subcommittee but did include changes to competition law. It also recommended Google must offer Android users the ability, as in Europe, to choose their default search engine and default Internet browser from a number of options. The ACCC also recommended that tax settings should be changed to establish new categories of charitable purposes and deductible gift recipient status for not for profit organisations that could create, promote or assist the production of public interest journalism.

Following on from these two reports, I would think that it should be an urgent matter for our own Commerce Commission to undertake a similar enquiry into the extent of the digital competition here in New Zealand.

Now, virtually the same time as the Congressional report was released the OECD released its latest tax report to the finance ministers and central bank governors of the G20 regarding its progress in addressing the tax challenges of the digital economy.

One of the comments the OECD made in this report is that in the aftermath of the Covid-19 crisis, “the public’s tolerance for tax evasion and tax avoidance is expected to reach historic lows”. Now, it is no coincidence that the GAFA and other digital companies such as Uber, are amongst the most aggressive tax avoidance and tax planning companies in the world. So, the significance of these two reports coming together should not be understated.

One of the matters the OECD report discussed is the progress made in relation to matters such as offshore voluntary disclosure programmes, offshore tax and investigations. And so far, these have led to the identification of an estimated €102 billion of additional tax revenues. And of course, since 2017, there has also been the automatic exchange of information under the Common Reporting Standards. So far, the exchange of information has identified 84 million bank accounts totalling almost €10 trillion.

There has been a lot of movement in investigating the tax affairs of multinational enterprises such as the GAFA. This includes almost 30,000 information exchanges on previously secret tax rulings since 2016. More than 90 jurisdictions have now become involved in the exchange of country by country reports on the activities, income and assets of multinationals since June 2018.

Now, the next big step that the OECD is currently working on is what’s called the Pillar One and Pillar Two blueprints to deal with digital taxation. Pillar One focuses on what we call the nexus and profit allocation, and Pillar Two is focussed on a global minimum tax, which is meant to address the issues arising from base erosion and profit shifting, which is the result of international tax avoidance.

Together the Pillar One and Pillar Two initiatives could increase the global corporate income tax revenues by an estimated US$50 to 80 billion per year. That’s roughly equivalent to about 4% of the global corporate income tax take. Covid-19 has delayed progress in this matter, and it is now hoped that an agreement can be reached by the middle of 2021.

The OECD also released an overview of the current taxation treatment of cryptocurrencies covering over 50 jurisdictions, including all G20 and OECD members.   It’s the first comprehensive analysis of the existing approaches and tax policy gaps across the main category of taxes applicable to cryptocurrencies.

What’s also happening in this space for cryptocurrencies is new provisions and guidelines around exchange of information relating to cryptoassets.  The OECD report estimates that as of end of September 2020 cryptocurrencies are worth US$354 billion.   And you may recall that Inland Revenue has recently targeted crypto-asset providers requesting information about customers. So this appears to be part of the OECD initiative, which we know means the information obtained will get shared at some point.

So what does all this mean for New Zealand and the new government? Well, firstly, as I mentioned, the government will be very keen to get the OECD Pillar One and Pillar Two proposals go through quickly. Interestingly, the latest is the US do not seem to be stalling action on this, but we’ll have to wait and see what happens with the American election.

What the government could do if it wanted to get things to move along, would be to apply pressure by introducing a digital services tax, which is part of Labour’s manifesto. In reality, the maximum $80 million annually it would raise isn’t terribly significant in the scheme of things, but it would be politically quite popular.

The bigger issues are whether, as in Australia and the US, the GAFA are carrying on anti-competitive behaviour in New Zealand. And if so, how do we address that? In particular, one of the issues I think the government is going to need to consider is how much financial support is needed for local media.  Allowing a tax deduction for donations to some media organisations similar to that proposed by the ACTC would be of some help.

A more significant action might be to follow the Indian example, imposing a digital advertising levy, which raised an estimated $200 million in the year to 31st March 2019.

One other international measure, which has been put into place quite recently is increased of GST or VAT on online sales goods. And this, according to the OECD, has resulted in the European Union reporting €14.8 billion from these measures in the first four years of their operation.  The New Zealand take from the expansion of online GST to online supplies has been quite significant, amounting to $207 million in the year to June 2020 according to the OECD report.

But the scale of the digital economy will mean that the incoming Minister of Revenue and the government will have should be paying a lot more attention to this space. And I think we’ll be facing demands from the media here, and rightly so, about the anti-competitive behaviour similar to that which has been called out in America and appears to be happening in Australia.

And finally, it has been a long election campaign and possibly it’s been too long for David Bennett, the current national MP for Hamilton East, who accidentally proposed a “lover tax” on one of his billboards.  This prompted the swift formation of a new tax working group to consider the issue on Twitter.  I will leave it to your imagination about some of the proposals, but I was very much impressed by the suggestion that clearly secondary tax must apply after the first lover.

And on that note, that’s it for this week. I’m Terry Baucher and thank you for listening. And until next time, Ka kite āno.