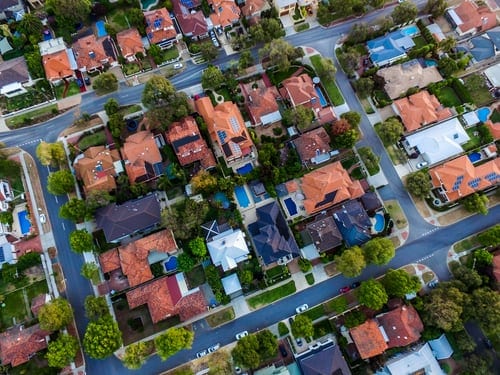 ANALYSIS: Who killed the capital gains tax proposal and why? What did that decision cost us? And is it really dead or just resting?

Tax is inherently political, so when looking at who killed the capital gains tax (CGT), the answer is straightforward: it was New Zealand First in the Beehive with its veto. Firmly slapping down Simon Bridges’ attempts to claim credit for the decision, Winston Peters declared: “We’ve heard, listened, and acted: No Capital Gains Tax.”

Curiously, one of Peters’ justifications for NZ First’s veto was that a CGT would unfairly penalise those who had been “forced” to invest in property following the stock market crash in 1987. It’s worth remembering that even if a CGT had been introduced those historic gains would not have been taxed. (This crucial fact was often rather conveniently overlooked during the debate.)

New Zealand First’s decision had the backing of a number of transparently self-interested groups such as the NZ Property Investors Federation but also many smaller businesses who were concerned about the potential impact.

The wider business concerns were a reason why three members of the Tax Working Group (TWG) — Joanne Hodge, Kirk Hope and Robin Oliver — disagreed with the group’s recommendation of a comprehensive CGT. The three considered any potential benefits would be outweighed by increased efficiency, compliance and administrative costs.

However, the TWG was unanimous that there was a “clear case” for greater taxation of residential rental investment properties.

Oliver commented on the visible lack of political support for a CGT, which was in marked contrast to how Roger Douglas and Trevor de Cleene had promoted the introduction of a goods and services tax (GST) in 1985.

Oliver also noted the proposed design was probably too uncompromisingly pure. In his view the politics were always going to be difficult and compromises would be needed to cross those hurdles.

For example, Oliver suggested that instead of adopting the proposed “valuation day” approach (taxing the gains from a specific date), it might have been more palatable to follow Australia’s example and exclude assets acquired prior to the introduction of the CGT.

Incorporating some form of inflation adjustment was another potential compromise. This is common in jurisdictions with a CGT. Australia, Canada, South Africa and the United States all do not tax the full amount of a gain. Instead, the gross gain is reduced by between 40 per cent and 50 per cent, with the net amount then taxed as if it was income.

The United Kingdom does tax the full amount of the gain but applies a different tax rate linked to the taxpayer’s total income. Interestingly, that tax rate can be higher if the gain relates to property.

Neither of these compromises were ever floated and so the CGT was effectively left to wither and die.

WHAT WAS THE COST?

What did the decision to shelve the CGT cost? For starters, the TWG modelled four revenue-neutral scenarios for redistributing the $8.3 billion a CGT was projected to raise over the first five years.

For many people, the decision not to adopt a general CGT meant they lose out on lower income taxes. However, a cynic might say that for residential rental investment property owners the continuing benefit of untaxed gains far outweighs any such benefit.

The decision not to adopt a general CGT does nothing to break New Zealand’s long-running pattern of over-investment in residential property.

The decision also does nothing to break New Zealand’s long-running pattern of over-investment in residential property, which means little real progress can be made on addressing housing affordability. There is therefore likely to be an ongoing cost for those Millennials and Generation Zers wanting to own their own property.

There’s a wider concern that funds which could be used for productive investment will be increasingly diverted into residential property, particularly in the wake of the increased capital holding requirements for banks.

DING DONG THE WITCH IS DEAD – OR IS IT?

New Zealand therefore remains an outlier in world tax terms in not having a generally applicable CGT. But it is not as if no capital gains are currently taxed. The tax system has nearly 30 separate provisions taxing some form of capital gain.

This includes a general provision which will tax any gains made from disposals of personal property if the property was acquired “for the purpose of disposing of it”. Critics of a CGT also ignored that it would have brought a certainty of treatment to all transactions.

In the absence of that certainty, taxpayers cannot always be certain that a property sale will be non-taxable. Tighter enforcement of the existing rules by Inland Revenue is very likely.

As a sign of this, I have recently become aware Inland Revenue is reviewing property transactions from as far back as 2012. Although these disposals pre-date the introduction of the bright-line test in October 2015, it appears they would have been taxable if the test had existed at the time of sale. The spectre of CGT therefore remains.

Robin Oliver concluded his comments at the Caanz tax conference by noting that although he remained opposed to a general CGT, he did not consider the present under-taxation of residential rental investment properties was sustainable in the long run.

Nightingale supported that assessment. Both were undecided as to whether a CGT was the best means of addressing the issue of under-taxation. An alternative might be to apply the deemed return approach used to tax overseas shares in the foreign investment fund regime.

It’s therefore wise to assume that CGT is not dead but merely resting. My expectation is that the debate will emerge in force towards the end of this decade as the rising cost of superannuation and health costs for the elderly puts increasing pressure on government finances.

By then inter-generational frustration with housing affordability may mean voters are ready to back change. We shall see.

This article was first published on Stuff.